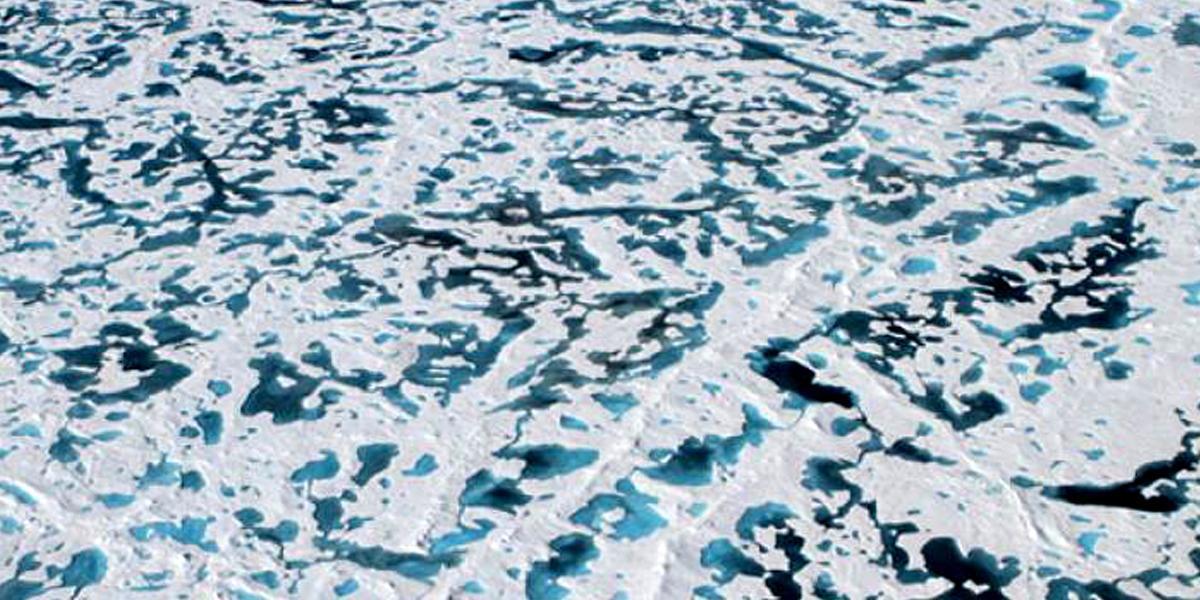 Scientists have been seeing mysterious green ice spread across the Arctic floor since 2011. Upon further inspection, they realized it was blooming phytoplankton, a very rare occurrence in this harsh environment.

It was thought that this region was too dark for phytoplankton to bloom. The ice is usually so thick that it reflects incoming rays, starving out any possible photosynthesis. But, a team of researchers from Harvard University found that rising temperatures due to climate change are causing the ice to wear so thin that phytoplankton are thriving and majorly disrupting the food web.

“What we found was that we went from a state where there wasn’t any potential for plankton blooms to massive regions of the Arctic being susceptible to these types of growth,” Chris Horvat, lead author of the study and Harvard graduate student, said.

The findings, published Wednesday in the journal Science Advances, concluded that as ice retreats, the sun is able to beat down on the open water, spawning huge phytoplankton blooms. The plumes attract fish, and the fish attract mammals, which ultimately attract indigenous hunters.

“The meter decline in sea ice thickness in the Arctic in the past 30 years has dramatically changed the ecology in that area,” Horvat said. “All of a sudden, our entire idea about how this ecosystem works is different. The foundation of the Arctic food web is now growing at a different time and in places that are less accessible to animals that need oxygen.”

Just 20 years ago, the ice was still thick enough that only 3 to 4 percent of it was susceptible to blooms. But, now, a staggering 30 percent of the ice is melting off in the summer months. This doesn’t just affect phytoplankton, but larger mammals who need oxygen to survive. Habitat destruction at this level is unbeknownst to scientists and it will take further observations to monitor and measure the true impact on the ecosystem.