Scientific Research Effort in Arctic Cancelled Due to Climate Change 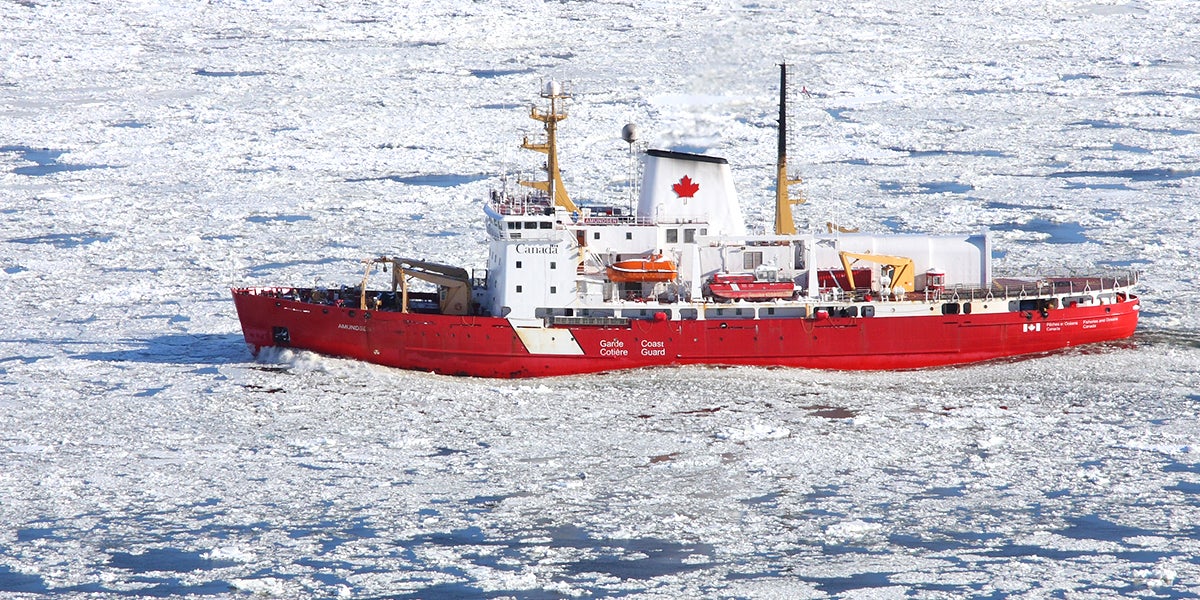 The scientific research effort is being led by world leading Arctic specialist, David Barber from the University of Manitoba, who is joined by 40 scientists from five other universities from across Canada.

Together they are are involved in the $17 million four-year Hudson Bay System Study (BaySys) project, in collaboration with the Canadian Coast Guard.

According to the University of Manitoba, BaySys “aims to contribute to a scientific basis to understand the relative contributions of climate change and regulation on the Hudson Bay system. The role of freshwater in Hudson Bay will be investigated through field-based experimentation coupled with climatic-hydrological-oceanographic-biogeochemical modeling.”

One of the three major parts of the project was this summer’s Hudson Bay survey aboard the ice-breaker ship, NGCC Amundsen.

However, worried by the much thicker ice, the scientists had attempted to set off six days early on the first leg of their 133-day expedition. But the hazardous conditions in the bay meant the expedition had to be abandoned, in part because the scientists felt the ice-breaker might not be able to make it through the unusually thick ice. The cancellation means that project will be delayed, although other parts of the same project will proceed.

They announced on Monday, “The Science Team of the Canadian Research Icebreaker CCGS Amundsen has cancelled the first leg of the 2017 Expedition due to complications associated with the southward motion of hazardous Arctic sea ice, caused by climate change.”

In a statement issued Monday, Barber said, “Considering the severe ice conditions and the increasing demand for Search And Rescue operations (SAR) and ice escort, we decided to cancel the BaySys mission. A second week of delay meant our research objectives just could not be safely achieved—the challenge for us all was that the marine ice hazards were exceedingly difficult for the maritime industry, the CCG and science.”

The Amundsen is now needed to help with other search and rescue efforts.

Barber added, “Climate-related changes in Arctic sea ice not only reduce its extent and thickness but also increase its mobility, meaning that ice conditions are likely to become more variable and severe conditions such as these will occur more often.”

As the university noted in a press release, the research clearly indicates “that climate change is not something that is going to happen in the future—it is already here,” before warning that their own experience and other “climate change conditions” in the region “clearly illustrates that Canada is ill prepared to deal with the realities of climate change.”

Barber added, “I have been in the Arctic for 35 years and this is one of the most incredible experiences I have ever had. Normally these conditions aren’t so bad. This is climate change fully in action—affecting our ability to make use of marine resources and transport things.”

Barber went on to warn, “What happens in the Arctic doesn’t stay there. It comes south. We’re simply ill-prepared.”