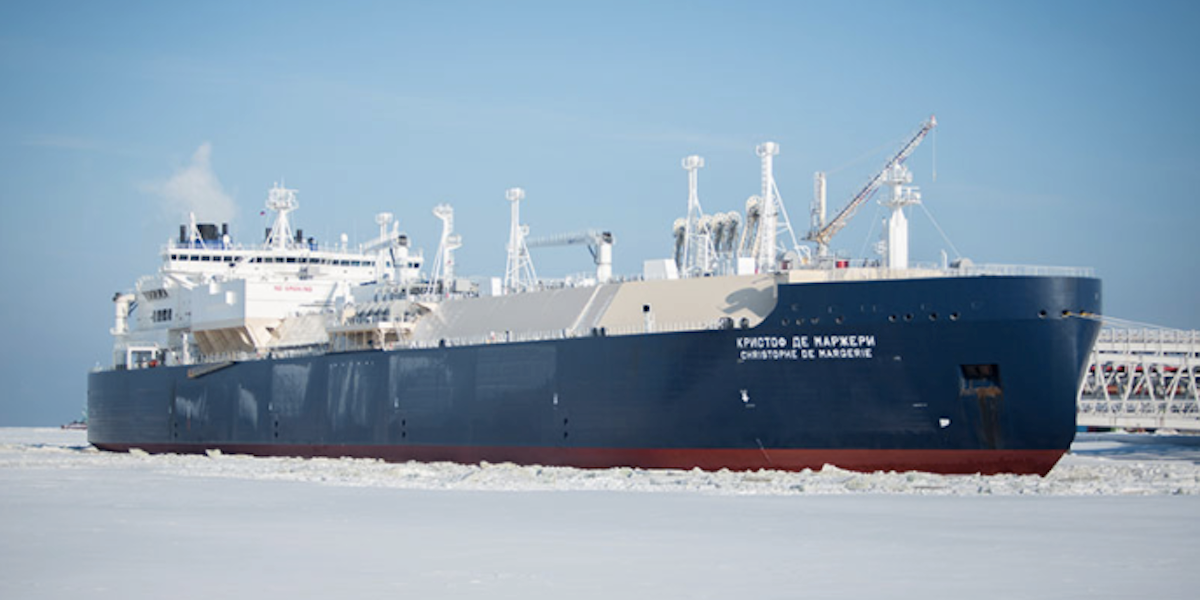 In the
Arctic, where warming is happening twice as fast as the rest of the planet, a Russian tanker sailed across the Northern Sea Route in record speed and without the aid of an icebreaker for the first time.

On its maiden journey, the 984-foot Christophe de Margerie tanker transported liquefied natural gas from Norway to South Korea in 19 days, about 30 percent faster than the regular route through the Suez Canal, the ship’s owner Sovcomflot boasted.

Typically, shipping tankers are accompanied by icebreakers that clear paths through thick layers of ice. But the Christophe de Margerie, named after the former CEO of Total, is designed to sail independently through ice of up to 2.1 meters (7 feet) thick.

As the New York Times pointed out, the Northern Sea Route had historically been impossible or prohibitively expensive to cross due to the region’s thick sea ice. Sailors used to only set sail when the ice was thin in the summer.

However, the world’s rapidly rising temperatures have significantly thawed Arctic ice, and now Sovcomflot believes it could potentially make the journey “year-round in the difficult ice conditions.”

The Christophe de Margerie is the first of 15 such shipping tankers expected to be built, the Guardian reported.

“This is the paradox of climate change,” Ben Ayliffe, a campaigner for Greenpeace, told CNN Money. “The fossil fuels we’re burning are allowing access into areas that were previously protected by ice.”

Ayliffe further commented that increased sea traffic in the region could lead to a fuel spill virtually impossible to clean up.

Similarly, John Maggs from Seas at Risk told BBC: “We’re concerned that this is a commercial opportunity that has only opened up because of global warming, and we’re especially concerned that having taken advantage of the thinning of the ice, shipping operations are now expanding in that part of the world.”