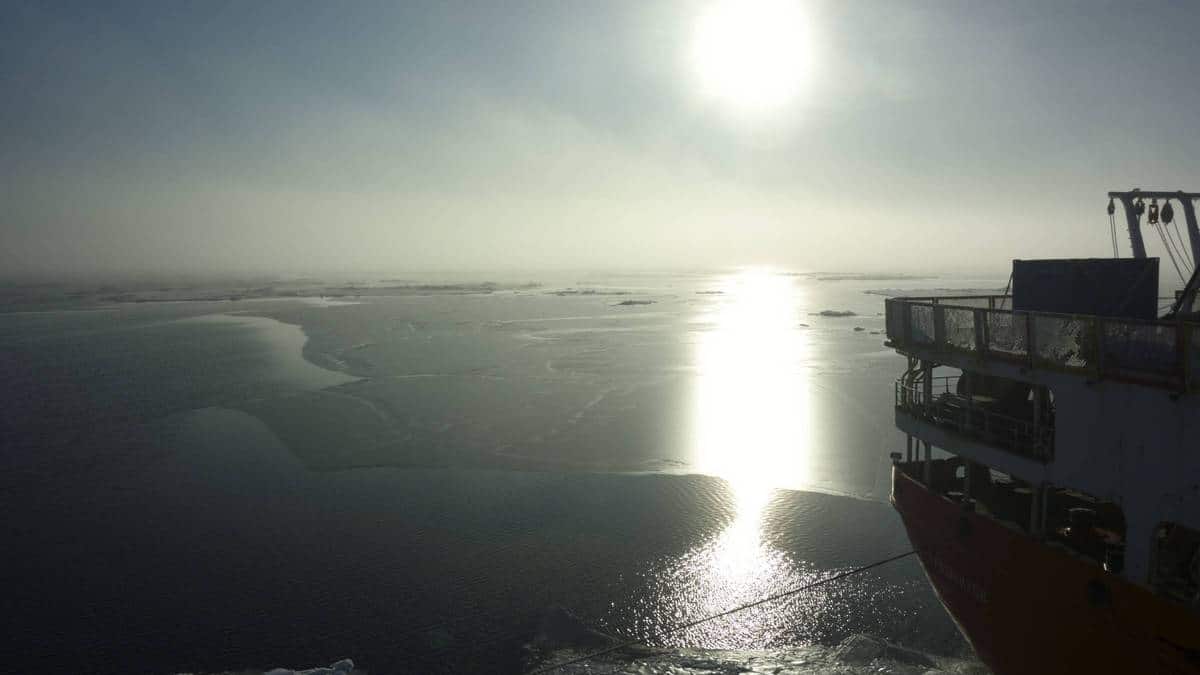 In the Arctic, a previously unknown carbon transportation route has been discovered by scientists that has the capability of binding as much as 3.97 million tons of particles rich in carbon dioxide annually from the Kara and Barents Seas and storing it in the deep waters of the Arctic for thousands of years, a press release from the Alfred Wegener Institute, Helmholtz Centre for Polar and Marine Research (AWI) said.

In a new study by researchers from AWI, it was found that this carbon conveyor belt uses the region’s ocean currents and the “biological carbon pump” to transport as much carbon dioxide as Iceland produces in a year. The biological carbon pump is one of Earth’s essential carbon sinks. The process can sequester carbon for millions of years if it ends up being deposited in deep-sea sediments. When that occurs, the only thing that can release it is volcanic activity.

“Based on our measurements, we calculated that through this water-mass transport, more than 2,000 metric tonnes of carbon flow into the Arctic deep sea every day, the equivalent of 8,500 metric tonnes of atmospheric CO2,” said oceanographer at AWI Dr. Andreas Rogge, who was the study’s lead author, as reported by The National.

The study, “Carbon dioxide sink in the Arctic Ocean from cross-shelf transport of dense Barents Sea water,” was published in the journal Nature Geoscience.

Because of the limited amount of sunlight — due to sea-ice cover or the Polar Night — in the Arctic Ocean, it has less available nutrients and biological productivity, the press release said. This means that the phytoplankton, or microalgae, in the upper layers of the water don’t have as much available energy as those in other bodies of water.

Thus, it came as a shock when large amounts of carbon particles stored in plant remnants were found in the Central Arctic’s Nansen Basin in August and September of 2018, during the Akademik Tryoshnikov Russian research vessel’s ARCTIC2018 expedition.

The researchers found that the ocean contained large quantities of particulate carbon up to depths of as much as 1.24 miles, made up of the lowermost layer of ocean water — called “bottom water” — from the Barents Sea. This bottom water is made when winter sea ice forms, sinks, then flows from the shallow waters of the coastal shelf down the slope of the continent into the Arctic Basin. The carbon-rich water goes from the Kara- and Barents-Sea shelf to about 621 miles into the Arctic Basin.

By way of this newly-found carbon transport highway, the Barents Sea removes about 30 percent more atmospheric carbon than previously thought. Based on simulations, the researchers found that the outflow occurs seasonally because the absorption of carbon dioxide by phytoplankton in the coastal seas of the Arctic only occurs in the summer months.

In order to make global carbon budgets and global warming estimates, it is necessary to understand the carbon cycle’s transformation and transport processes.

When single-celled algae on the surface of the ocean are “aged out,” they absorb atmospheric carbon and sink into the depths of the sea. This bound up carbon remains in deep water until the ocean’s currents bring it back to the surface, which in the Arctic takes several millennia.

The biological carbon pump also serves as a source of food for deep sea creatures like sea sponges, worms and stars. It is currently unknown how much of the carbon the local deep sea ecosystem absorbs.

“[D]ue to the ongoing global warming, less ice and therefore less bottom water is formed. At the same time more light and nutrients are available for the phytoplankton, allowing more CO2 to be bound. Accordingly, it’s currently impossible to predict how this carbon sink will develop, and the identification of potential tipping points urgently calls for additional research,” Rogge said in the press release.

Illegal Backyard Coal Mining Surges in Poland as Energy Anxiety Outweighs Health and Climate
The global energy crisis set off by Russia's war in
By Climate Nexus
Dreaming of Beachfront Real Estate? Much of Florida’s Coast Is at Risk of Storm Erosion
By Zhong-Ren Peng
By The Conversation
Carbon Emissions Labeling on Menus Can Help Reduce Diners’ Carbon Footprints
Earlier this year, the UK began requiring cafés and restaurants
By Cristen Hemingway Jaynes