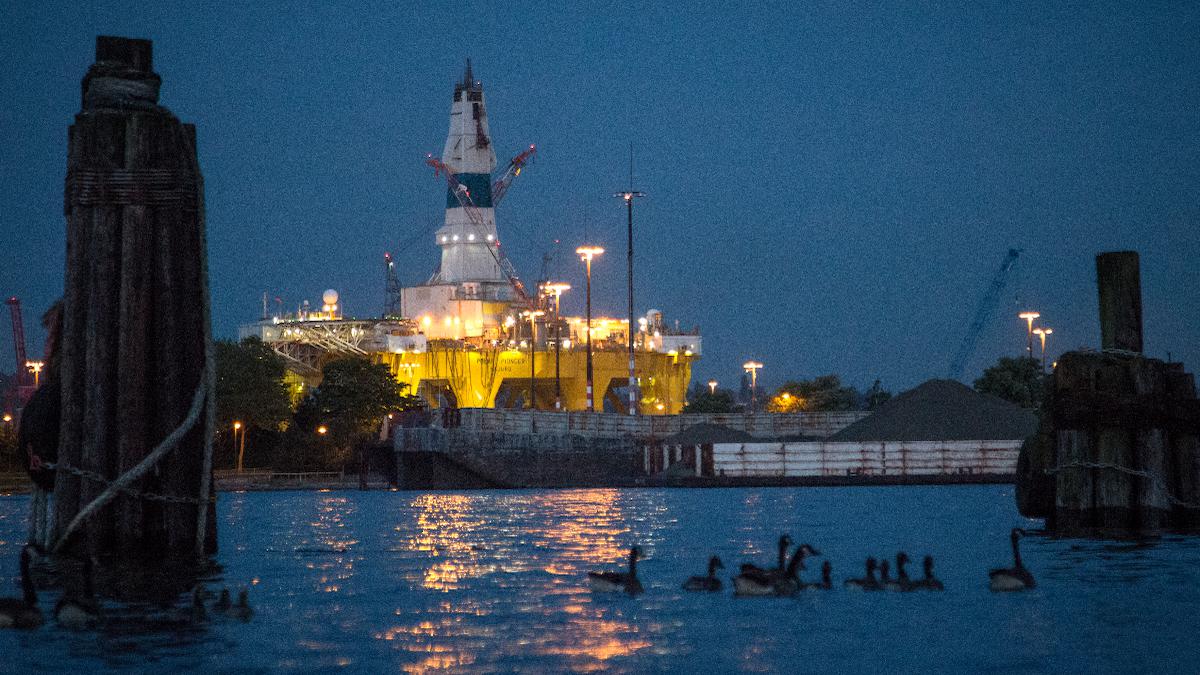 A Shell oil drilling rig off the coast of Alaska in the Chukchi Sea on May 21, 2015. Orjan F. Ellingvag / Corbis via Getty Images

A federal appeals court on Tuesday dealt the final blow to former President Donald Trump’s attempt to open nearly 130 million acres of territory in the Arctic and Atlantic Oceans to oil and gas drilling.

In April of 2017, Trump signed an executive order aiming to undo an Obama-era ban on fossil fuel exploration in that territory, but a federal judge in Alaska ruled the move unlawful in 2019.

“Because the terms of the challenged Executive Order are no longer in effect, the relevant areas of the [Outer Continental Shelf] in the Chukchi Sea, Beaufort Sea, and Atlantic Ocean will be withdrawn from exploration and development activities,” the court said in its order.

Erik Grafe of Earthjustice, which represented a coalition of advocacy groups that challenged Trump’s order, said in a statement that “we welcome today’s decision and its confirmation of President Obama’s legacy of ocean and climate protection.”

“As the Biden administration considers its next steps, it should build on these foundations, end fossil fuel leasing on public lands and waters, and embrace a clean energy future that does not come at the expense of wildlife and our natural heritage,” Grafe continued. “One obvious place for immediate action is America’s Arctic, including the Arctic Refuge and the Western Arctic, which the previous administration sought to relegate to oil development in a series of last-minute decisions that violate bedrock environmental laws.”

In January, Biden ordered a temporary pause on new oil and gas leasing on federal lands and waters, a decision environmentalists hailed as a positive step that should be made permanent.

“We call on President Biden to keep his promise: a full and complete ban on fracking and fossil fuel extraction on public lands. Full stop,” Food & Water Watch policy director Mitch Jones said at the time. “The climate crisis requires it and he promised it.”