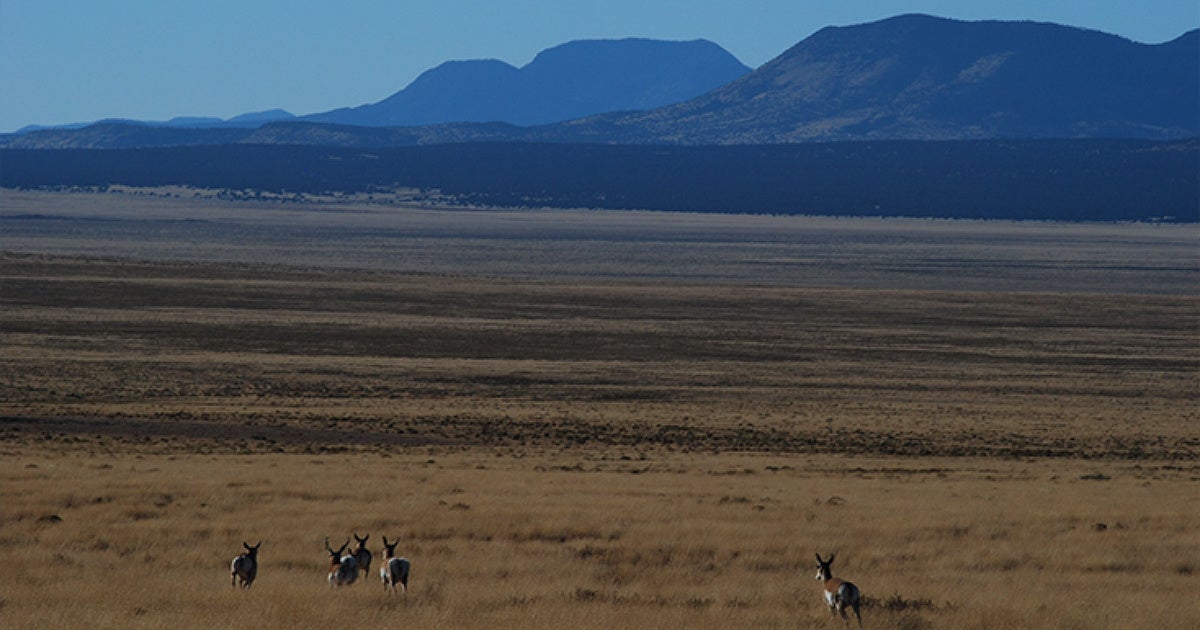 Imagine: a deep, pristine aquifer persists without incident for more than 11,700 years in the Valley of San Augustin. It is revered and left unmarred by the community members who know of its existence, utilizing it respectfully and sustainably, leaving it intact—from the Ice Age until 2008. That is when a New York-based company, Augustin Plains Ranch LLC, owned by an Italian billionaire, decided to set up its operation and apply for a permit to invade the aquifer by extracting 54,000 acre feet of water per year.

Located in west-central New Mexico, the groundwater present in the aquifer dates back to the latest Ice Age and is fed by no permanent streams. The basin is
replenished primarily from the intense thundershowers during late summer months. Southern New Mexico generally averages less than 10 inches of rain a year. For more than 10 years, neighbors of the ranch have fought to oppose water mining and potential destruction of the aquifer. With present drought conditions and rising temperatures, it’s possible that if allowed, this volume of extraction would render the aquifer non-existent.

This lengthy battle has united improbable allies: conservative ranchers, indigenous people, small business owners, rural residents and conservationists in a broad coalition of local opposition. Why? New Mexicans get 85 percent of their drinking water from groundwater. Water mining in huge quantities eventually causes a “cone of depression.” As water continues to be pumped at an unsustainable rate, the underground flow moves toward the wells that are pumping. As nearby wells begin to dry up, the cone of depression widens, and more and more wells go dry.

Where Would the Water Go?

Only about 700 people live in the area of the San Augustin Valley. It is a sparse but elegant landscape, also home to the Very Large Array (VLA), a component of the National Radio Astronomy Observatory (NRAO). The VLA comprises 27 independent antennae, 25 meters in diameter each weighing 209 metric tons. It is a multi-purpose instrument designed to allow investigations of astronomical objects. The Association has been one of the parties protesting against Augustin Plains Ranch’s permit applications.

After many bumps and turns, opponents and proponents of the project awaited yet another ruling by the State Engineer after three applications by the company. This was clearly a last-ditch effort by Augustin Plains Ranch, in hopes that the present administration and Interior Secretary Ryan Zinke, with their favoritism toward big business, would produce a different outcome.

The plan, if approved, called for 17 billion gallons of water per year to be extracted through 37 wells. A
geological study concluded that “data used to generate storage estimates, aquifer properties, subsurface geology are sparse, making it difficult to accurately assess impact of the proposed project.” This prehistoric underground lake could potentially be drained, leaving residents, livestock and wildlife with no water source and changing the fragile desert ecosystem forever.

Where would this extracted water go? That has been a question that has not been definitively answered all these years. According to the company, water pumped from the aquifer would be piped 140 miles to Bernalillo County, which is adjacent to the Rio Grande River, and could be purchased by anyone along the way to supplement water shortages, enhance stream flows and benefit fish and wildlife. But environmentalists do not support stealing water from one area to procure water for the Rio Grande.

Rio Rancho, a growing community outside of Albuquerque, was one of the possible destinations. Sandoval County where Rio Rancho is located is presently considering permits for horizontal drilling from oil and gas companies. The Sandoval County Commission is considering zoning the county and making some rural, less densely populated areas available for drilling and protecting other areas in a discriminatory policy that benefits wealthier, more populated areas. Horizontal drilling and subsequent fracking are highly water-consumptive processes, and Rio Rancho public utility water bills have skyrocketed. The possibility that the aquifer’s wealth of water is being targeted in order to prop up fracking needs is very real. Agriculture is another potential destination—shoring up the New Mexico chile industry was mentioned as an option.

Carol Pittman, a resident of the area for 20 years who has led the opposition, rejoiced at the decision, saying: “Rural communities throughout the state can celebrate the denial of the Augustin Plains Ranch LLC’s application to mine water in the aquifer of the Plains of San Augustin. Should the application have been approved, every rural community would be vulnerable to the threat of water being moved from a rural area to an urban area, a prospect not even supported by urban areas.” As a founding member of the San Augustin Water Coalition, Pittman and other members also regularly traveled to Albuquerque to register their opposition to the proposed Santolina planned community that would have ultimately purchased the San Augustin Plains water.

The fight for water has not come to an end, and the decision is facing an appeal, but the proper management of our natural resources has come into question. We cannot bow to the short-sighted demands of private entrepreneurs wanting to make a profit from the commons while compromising fragile ecosystems. The Water Coalition is hopeful that there will be no more applications and that the Plains are finally free to replenish as they have for thousands of years.

Food & Water Watch is proud to have assisted the members of the Water Coalition in this long-term struggle. Carol Pittman has become a great friend to us and we appreciate her acknowledgement:

“To help save our water resources in the Plains of San Augustin, New Mexico Food and Water Watch provided support to our rural community. Without such help the prospect of our small population winning the battle against an international corporation would have been much more difficult.”