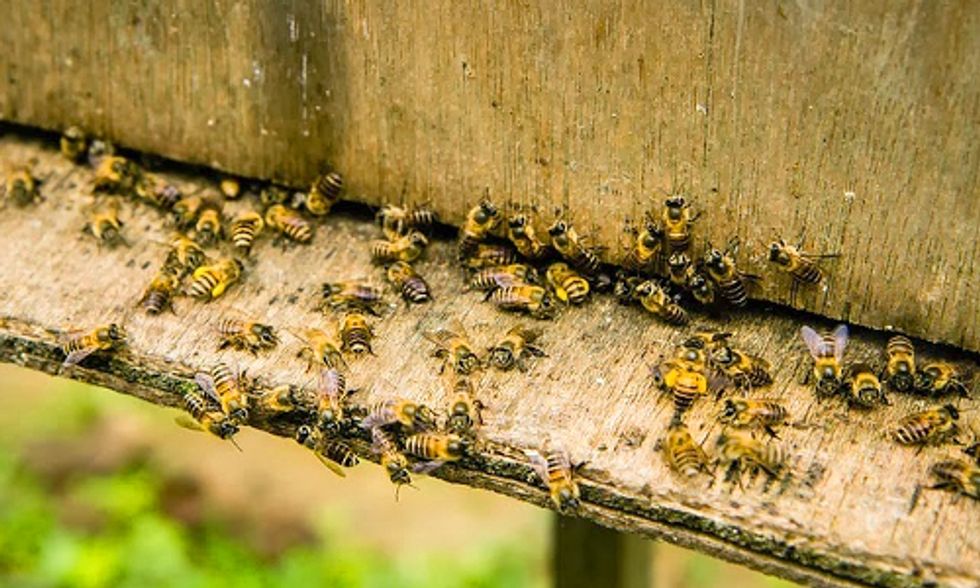 Pesticide Action Network, Center for Food Safety and Beyond Pesticides, represented by Earthjustice, filed the legal challenge in the California Superior Court for the County of Alameda, urging the California Department of Pesticide Regulation (DPR) to stop approving neonicotinoid pesticides pending its completion of a comprehensive scientific review of impacts to honeybees. The DPR began its scientific review in early 2009 after it received evidence that neonicotinoids are killing bees, but five years later, the DPR has yet to take meaningful action to protect bees.

Mounting scientific evidence shows that the widespread use of neonicotinoid pesticides is a leading cause of decline in honeybee populations.

Meanwhile, the DPR has continued to allow increased use of neonicotinoids in California. Yesterday’s lawsuit challenges the DPR’s June 13 decision to expand the use of two powerful neonicotinoid insecticides—sold under the trademarks Venom Insecticide and Dinotefuran 20SG —despite the agency’s still-pending review of impacts to pollinators. The case underscores these larger problems with the DPR’s unwillingness to comply with laws enacted to ensure that pesticides do not threaten human health, agriculture or the environment.

“State officials have approved pesticides time and time again, despite mounting scientific research and real-world evidence that neonicotinoids pose harm to bees,” said Paul Towers, organizing and media director for Pesticide Action Network. “With no action in sight, we must take the state to court to protect bees, beekeepers and our food system.”

A growing body of independent science links a class of pesticides called neonicotinoids (neonics) to bee declines, both alone and in combination with other factors like disease and malnutrition. Twenty-nine independent scientists conducted a global review of 800 independent studies and found overwhelming evidence of pesticides linked to bee declines. Oregon officials also determined the neonic dinotefuran was the cause of two massive bumblebee kills in the state last year. In February 2014, the groups submitted a letter calling on the California DPR not to allow greater use of this pesticide.

“Unless halted, the use of these pesticides threatens not only the very survival of our pollinators, but the fate of whole ecosystems,” said Andrew Kimbrell, executive director of Center for Food Safety. “Scientists have consistently documented widespread environmental contamination from neonicotinoids as they build up in our soil and waterways, especially in California. The DPR has a responsibility to step in and say no,”

“Bee and other pollinator populations are declining at unprecedented rates,” said Jay Feldman, executive director of Beyond Pesticides. “They cannot afford to be subject to a toxic treadmill that fails to consider the full spectrum of cumulative impacts and risks threatening their very existence. The treadmill must be stopped.”

“DPR has been saying for five years that neonicotinoid pesticides may be killing California’s honey bees, and yet the agency allows more and more of these pesticides to be used each year,” said Greg Loarie, an attorney at Earthjustice representing the groups who filed yesterday’s lawsuit. “It’s past time for DPR to fix its broken evaluation system and protect our bees and our agricultural economy. It obviously will take legal action to accomplish this.”

In December 2013, the European Union began a two-year moratorium on three of the most widely used neonicotinoids. Yet the U.S. Environmental Protection Agency, working in coordination with Canadian and California officials, has refused to take any action until at least 2018.

Disappointed with the lack of a clear timeline for evaluating the harms of the pesticides, California legislators are currently advancing a bill (AB 1789) that would compel the DPR to finish its review of neonicotinoids within the next two years. The bill will be taken up again when the legislature returns from recess in August.