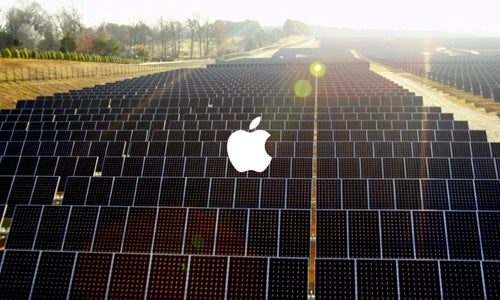 The green energy news continues to pour out of Apple headquarters. 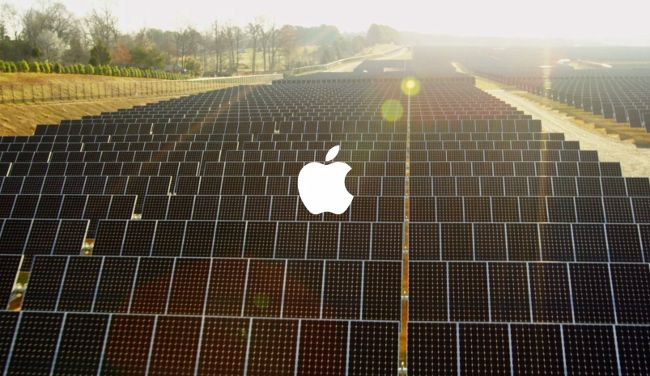 Apple has invested big in solar farms, working on shrinking its global footprint as much as possible. Photo credit: Apple

Apple boasts that all its data centers are now powered by green, renewable energy. It’s just added two more projects to the list. The company is planning to spend $1.7 million euros (about $1,93o,oooUSD) to build state-of-the-art data centers in Athenry in County Galway, western Ireland and Viborg in Jutland, central Denmark, that will run on 100 percent renewable energy. They’ll be powering services such as the iTunes shop, Siri and iMessage for the European market.

“We are grateful for Apple’s continued success in Europe and proud that our investment supports communities across the continent,” said Apple CEO Tim Cook. “This significant new investment represents Apple’s biggest project in Europe to date. We’re thrilled to be expanding our operations, creating hundreds of local jobs and introducing some of our most advanced green building designs yet.”

The two facilities will not only be entirely powered by renewable energy—most likely wind—but will also look for other ways to lower their environmental impact and work with partners on renewable energy projects. In Athenry, Apple plans to recover land that was used for growing non-native trees for harvesting and plant native trees there, along with community walking trails and an education center for local schools. The new Viborg center will be located next to one of Denmark’s largest electrical substations to eliminate the need for additional generators. The facility will also capture excess heat from its equipment and conduct it into the district heating system to warm homes in the nearby community. 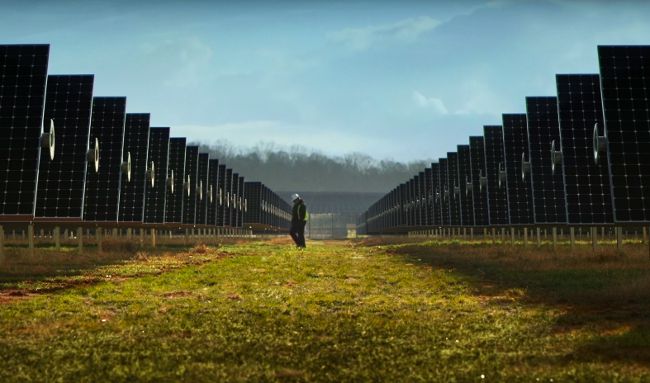 New data centers in Ireland and Denmark will add to Apple’s portfolio of all-renewably powered facilities around the world. Photo credit: Apple

This latest news follows on the heels of Apple’s announcement two weeks ago of a $850 million investment in a solar farm in California that will power its new campus in Silicon Valley, all its California offices and data centers, and its data center in Newark.

“We believe that innovation is about leaving the world better than we found it, and that the time for tackling climate change is now,” said Lisa Jackson, Apple’s vice president of environmental initiatives. “We’re excited to spur green industry growth in Ireland and Denmark and develop energy systems that take advantage of their strong wind resources. Our commitment to environmental responsibility is good for the planet, good for our business and good for the European economy.”

The data centers in Ireland and Denmark are both scheduled to open in 2017.