Apple Imagines You Charging Your iPhone, iPad or MacBook Directly From a Solar Panel 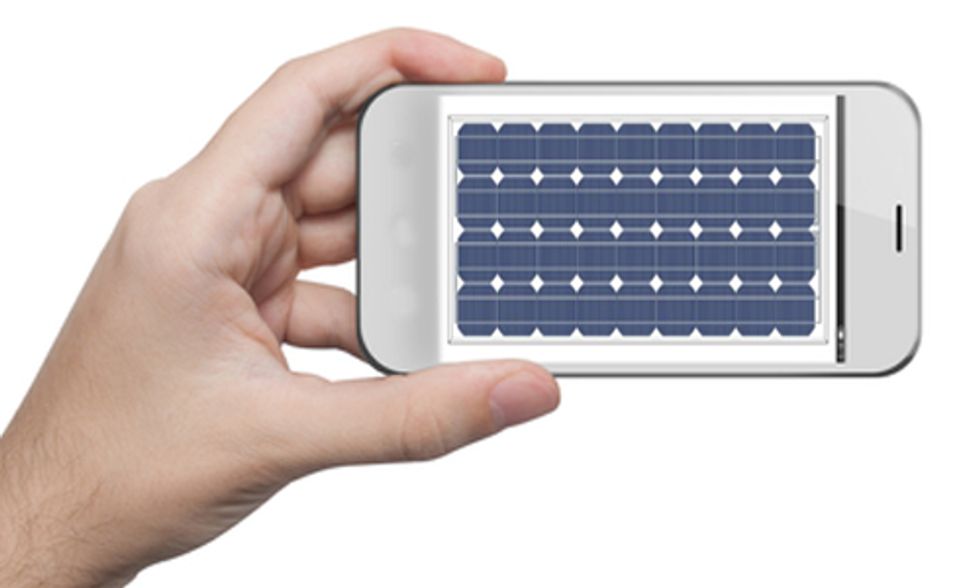 Recent moves by Apple Inc. show the company might be on the verge of offering customers a way to charge their iPhones, iPad, MacBooks and other devices by plugging in directly to solar panels.

Apple filed a patent application with the U.S. Patent & Trademark Office (USPTO) Oct. 31, Power Management Systems for Accepting Adapter and Solar Power in Electronic Devices. The filing describes a system that would enable the company's most popular devices to accept energy directly from a solar panel using existing components instead of relying a converter.

The power management system would include a system microcontroller (SMC) and a charger. The solar-to-voltage conversion would take place internally. Power could be received from a photovoltaic solar panel or a power adapter that converts alternating current (AC) mains electricity into direct current (DC) and/or a voltage that is compatible with the device's battery, according to the filing.

Apple's technology would require users to have access to portable solar panels, which can be designed to look like small mats, devices about the same size as an iPhone or an even a suction cup. Most of these products sell for $100 or more.

"The key to this patent is that the system described is both composed of readily available power management techniques achievable with existing hardware, and; able to be built using componentry that takes up very little space, making it theoretically possible to integrate it into existing device designs without much modification," surmised Darrell Etherington of TechCrunch. "Both of those indicate that Apple could build this into products sooner, rather than later, should it choose to go that route."

Apple has been filing for solar-related patents since at least 2006. According to AppleInsider, the company also previously explored covering iPod or iPhone with solar cells.