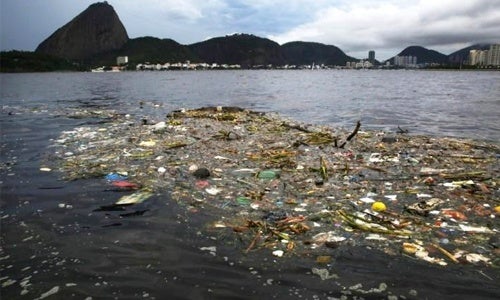 Olympic athletes are gearing up for the 2016 Olympics, which will be held in Rio de Janeiro, Brazil, but a recent AP investigation revealed some startling news: “Athletes in next year’s Summer Olympics here will be swimming and boating in waters so contaminated with human feces that they risk becoming violently ill and unable to compete in the games, an Associated Press investigation has found.”

The investigation into the water quality in Olympic and Paralympic venues found “dangerously high levels of viruses and bacteria from human sewage.”

“Much of the sewage in Rio, a city of 12 million, goes untreated and garbage pickup is spotty, so tons of raw sewage and trash flow into Guanabara Bay, as well as the city’s lakes, lagoons and even its celebrated beaches,” says Mashable.

Many officials are obviously concerned about the safety of the athletes, many of whom have already fallen ill with fevers, vomiting and diarrhea, according to the AP. The investigation is the first to look for both bacteria and viruses present in the water. Brazilian officials and the medical director of the International Olympic Committee claim that the water is on track to be safe for the competitors, but neither Brazil nor the Olympic Committee test for viruses, only bacteria.

“Olympic athletes are almost certain to come into contact with disease-causing viruses that in some tests measured up to 1.7 million times the level of what would be considered hazardous on a Southern California beach,” according to the AP investigation.

“What you have there is basically raw sewage,” John Griffith, a marine biologist at the Southern California Coastal Water Research Project, told the AP. “It’s all the water from the toilets and the showers and whatever people put down their sinks, all mixed up, and it’s going out into the beach waters. Those kinds of things would be shut down immediately if found here,” he said, referring to the U.S.

Ten thousand athletes from 205 countries are expected to compete in the Olympics, but it’s not as if officials have a year to address the issue. Olympic hopefuls will be competing in qualifying events this Sunday with more events later in August. And, according to the AP, it doesn’t just affect swimmers—”Athletes in sailing, canoeing and to a lesser degree rowing often get drenched when competing, and breathe in mist as well.”