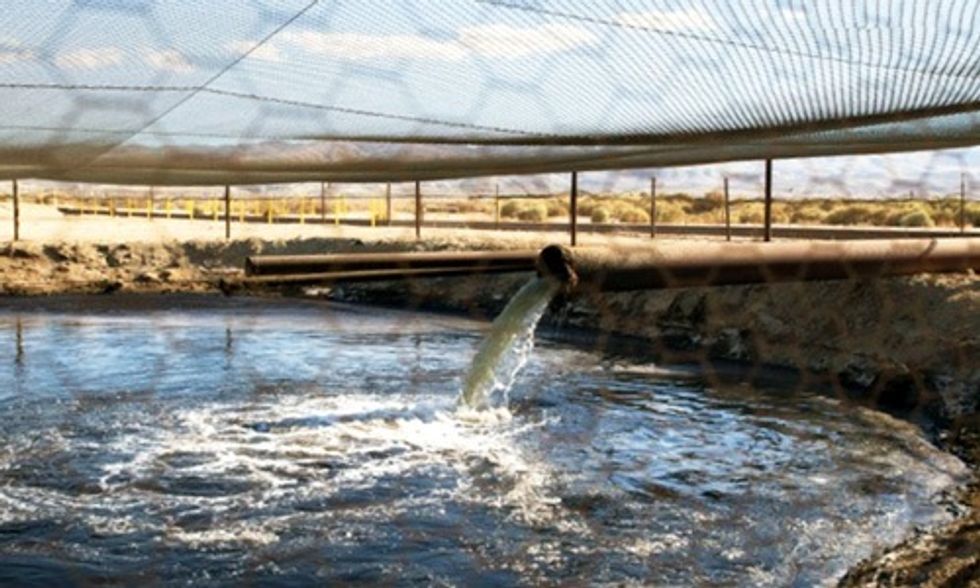 Among the litany of risks posed by the continued extraction and use of fossil fuels, an Associated Press analysis published Tuesday exposes yet another harmful side effect of the oil and gas drilling boom: an uptick in toxic wastewater spills.

According to data obtained from leading oil- and gas-producing states, "more than 175 million gallons of wastewater spilled from 2009 to 2014 in incidents involving ruptured pipes, overflowing storage tanks and other mishaps or even deliberate dumping," Associated Press reports, tainting agricultural land, poisoning drinking water and sparking the mass die-off of plant and animal life.

Most of the incidents involved the spill of fracking wastewater, which is a combination of underground brine mixed with a slurry of undisclosed chemicals. As the story notes, "A big reason why there are so many spills is the sheer volume of wastewater" produced, which according an organization of state groundwater agencies, amounts to roughly 10 barrels for every barrel of oil or more than 840 billion gallons a year.

The report details a sampling of incidents, which help illustrate the scope of the problem. In one instance, a roughly 1 million gallon spill in North Dakota in 2006 caused a "massive die-off of fish, turtles and plants in the Yellowstone River and a tributary." In another case, a decades-long seepage of toxic brine onto Montana's Fort Peck Indian Reservation polluted a river, private wells and the municipal water system, making the water "undrinkable."

What's more, the amount of toxic byproduct spilled along ranch land, streams and forests has grown each year since the so-called fracking boom began.