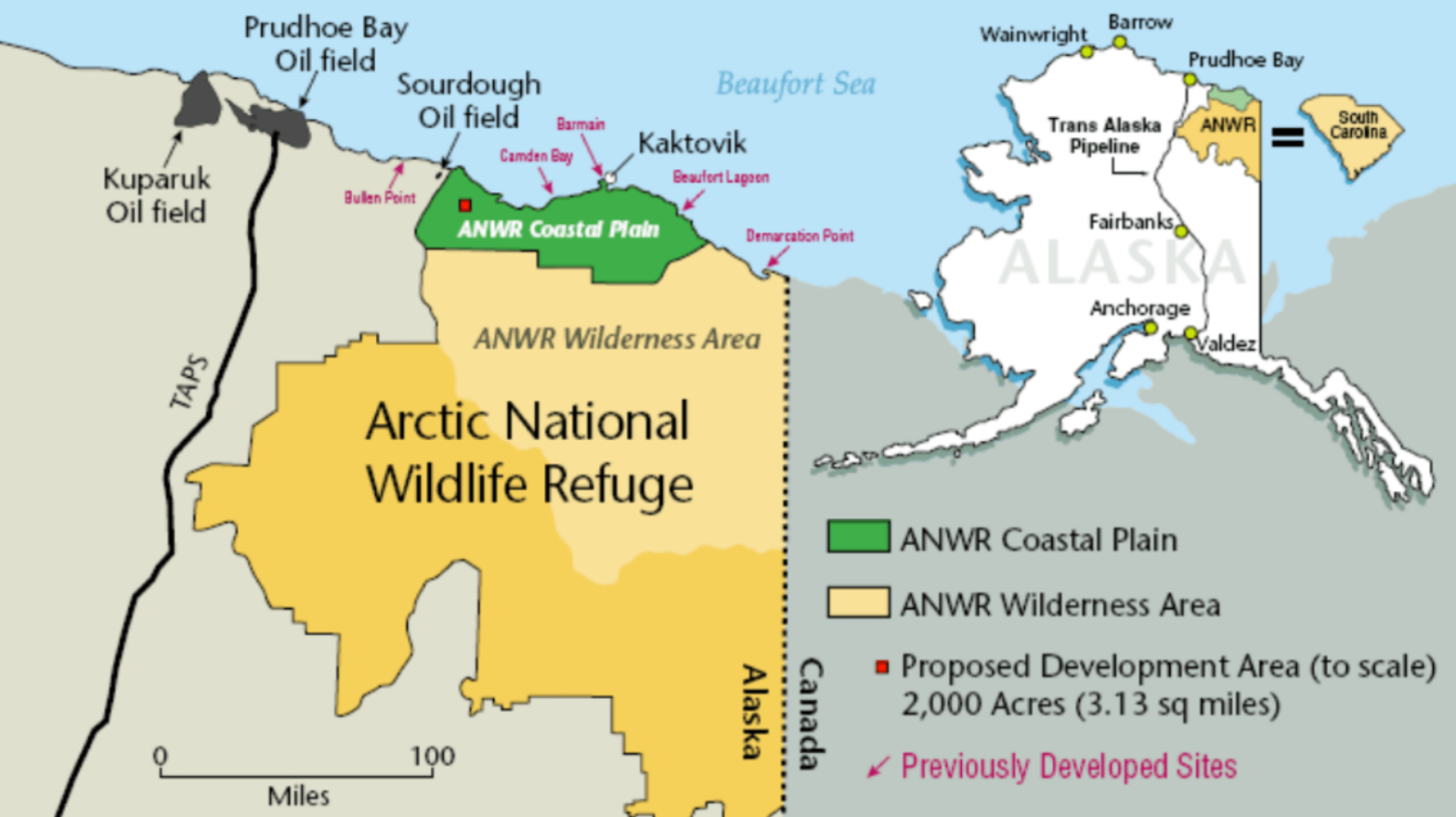 The
backdoor Arctic refuge drilling provision snuck in the Senate Republican’s tax reform plan could be held up thanks to a little-known procedural rule.

The Republican-led effort to open the pristine Arctic National Wildlife Refuge (ANWR) to oil and natural gas drilling could violate the Byrd Rule, which outlines what can be included in the Senate’s budgetary legislation.

According to the
Associated Press:

“Senate Democrats objected to the provision opening a portion of the remote refuge to oil drilling, saying measures to fast-track environmental approvals violate a rule designed to limit budget legislation to provisions that are mainly fiscal in nature. Congressional aides say the Senate parliamentarian has signaled agreement with Democrats, which could force Republicans to secure 60 votes for drilling, instead of 50 needed for the tax bill.”

The fate of the bill is now unclear but environmental groups cheered the news.

Tiernan Sittenfeld of the League of Conservation Voters told the AP that the procedural hiccup “is what happens when you cut corners and try to sneak drilling into an already terrible tax bill.”

The drilling provision was introduced by Sen. Lisa Murkowski (R-Alaska), who chairs the Senate Energy and Natural Resources Committee and has worked for most of her career to allow drilling in the refuge.

Conservatives have sought for decades to open up parts of the refuge to create jobs and boost the energy sector. They have targeted the so-called 1002 area on the Prudhoe Bay in Northern Alaska, which has an estimated 12 billion barrels of recoverable crude.

Murkowski called the 1002 a “non wilderness area” since the government set it aside for petroleum exploration decades ago.

However, the targeted area hosts migratory bird species and endangered wildlife and is considered to be sacred to the indigenous Gwich’in people, who sustain themselves from the caribou that migrate there.

Regardless of the potential setback, Murkowski endorsed the tax overhaul on Wednesday.

“Of course, the bill also includes a title that I am proud to have written, to open a small portion of the non-wilderness 1002 Area in ANWR in northeast Alaska to responsible energy production,” she said.

“We still have work to do on this legislation and I look forward to the debate on the Senate floor and my colleagues’ ideas to further improve it.”

Byrd rule issue with provisions in ANWR section. Source says language that allow for getting around enviro regs to drill in ANWR is subject to Byrd rule. Other aides say easily resolved. But could wait longer for MTP vote.