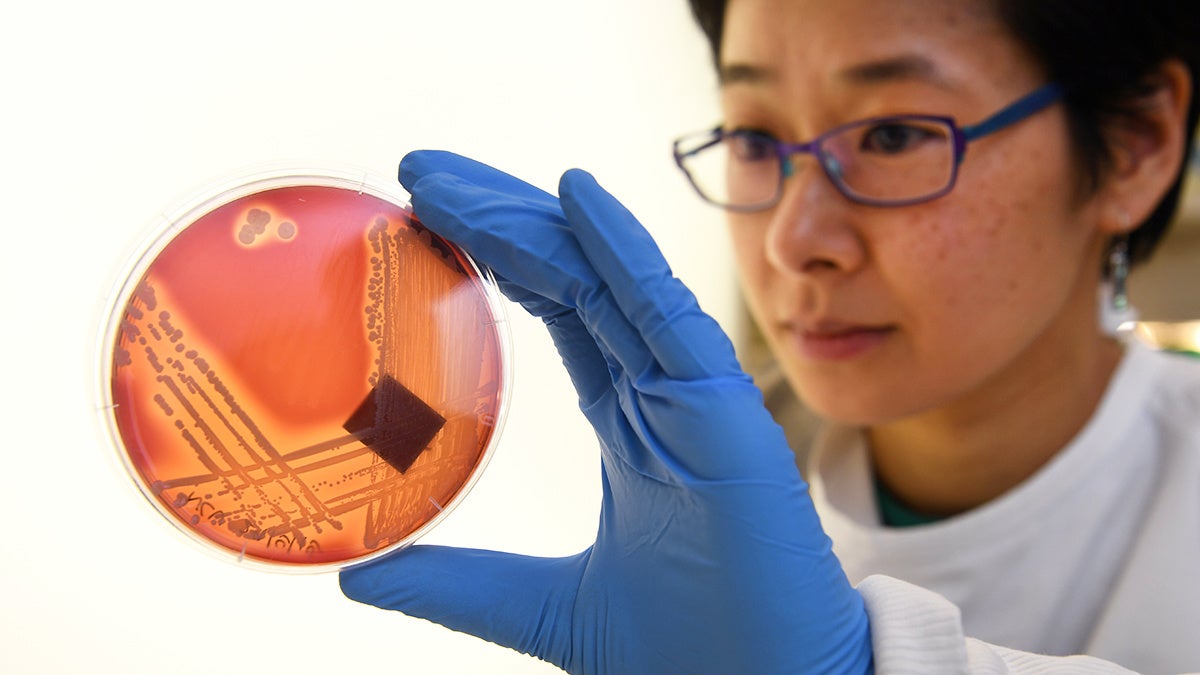 A superbug resistant to all known antibiotics is spreading undetected through hospital wards across the world, scientists in Australia warned on Sept. 3, 2018. WILLIAM WEST / AFP via Getty Images

Countries around the world are seeing a mounting threat from antibiotic resistance. After decades of overprescribing antibiotics and overusing them in factory farming, rivers are polluted with antibiotics and complications from drug-resistant infections are projected to cost $100 trillion by 2050, according to Scientific American.

The Centers for Disease Control released a report last month that said more than 2.8 million people in the U.S. experience an infection from antibiotic resistant bacteria each year, leading to 35,000 deaths. The report also pointed out that this is a global crisis, not just a domestic problem.

In fact, this spring, the United Nations declared this problem an urgent global crisis in need of immediate action.

Just when the fight against superbugs needs to ramp up, drug companies are either going bankrupt or refusing to invest in research, according to The New York Times. Achaogen and Aradigm, two antibiotic start-ups, both went bankrupt. Pharmaceutical giants like Novartis and Allergan have stopped investing in antibiotic research. And one of the largest developers of antibiotics, Melinta Therapeutics, recently said it was running out of money.

The prospect of losing money has investors fleeing the sector, just when more money is needed, according to The New York Times.

“This is a crisis that should alarm everyone,” said Dr. Helen Boucher, an infectious disease specialist at Tufts Medical Center and a member of the Presidential Advisory Council on Combating Antibiotic-Resistant Bacteria, to The New York Times.

“Antibiotic resistance has long been a problem, but the threats we face are real, immediate, and demand immediate action. Antibiotic resistance threatens modern medicine — our ability to safely perform routine surgeries and complicated organ transplants, as well as chemotherapy, all rely on the ability to prevent and treat infections,” said Dr. Jesse Jacob from the Emory Antibiotic Resistance Center at the Emory University School of Medicine in Atlanta to Medical News Today.

The Trump administration has worsened the problem by cutting the budges of nationwide, hospital-based programs researching the issue. It has also ignored the World Health Organization’s suggestions on reducing antibiotic use in livestock, as NBC News reported.

Companies that have spent billions to find a solution to the increasing strength of germs that have developed a resistance to common antibiotics have not found a market to recoup their investment into research. Most antibiotics are used for short durations, unlike profitable medicines for chronic conditions, and many hospitals are unwilling to pay the high price for new therapies, according to The New York Times.

The story of Achaogen provides a cautionary tale. After spending 15 years and a billion dollars to win FDA approval for a drug that cures hard-to-treat urinary tract infections, the World Health Organization added the new drug to its list of essential new medicines. But, by then, Achaogen was out of money. It fired all of its scientists and declared bankruptcy, as The New York Times reported.

“If this doesn’t get fixed in the next six to 12 months, the last of the Mohicans will go broke and investors won’t return to the market for another decade or two,” said Chen Yu, a health care venture capitalist who has invested in the field, to The New York Times.

“We need research to find new drugs but can’t rely on a pipeline of new drugs alone to solve this problem, since resistance eventually happens to all drugs,” said Dr. Jacob to Medical News Today.