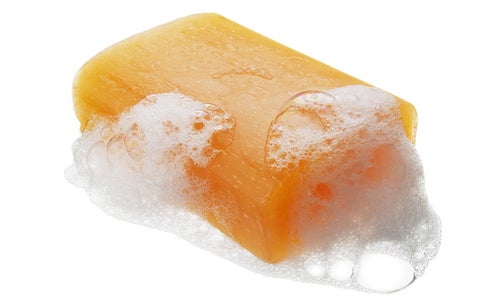 According to a recent study published in the American Chemical Society’s (ACS) journal Chemical Research in Toxicology, the chemicals triclosan and octylphenol are linked to the growth of breast cancer cells. Triclosan is an antibacterial and antifungal agent found in numerous commonly known household products. Octylphenol is a commercial solvent that can be found in paints and plastics, and is often used as an inert ingredient in pesticide formulations. 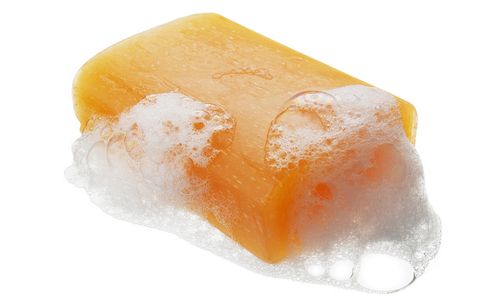 In 1972, Congress required the FDA to set guidelines for many common antibacterial chemicals found in over-the-counter soaps, though triclosan wasn’t initially included.

Researchers investigated whether these two endocrine-disrupting chemicals (ECDs) contributed to the growth of cancer cells. In their study, Progression of Breast Cancer Cells Was Enhanced by Endocrine-Disrupting Chemicals, Triclosan and Octylphenol, via an Estrogen Receptor-Dependent Signaling Pathway in Cellular and Mouse Xenograft Models, scientists performed both in vitro tests on human breast cancer cells in petri dishes, and in vivo tests via tissue grafts on mice.

“Although the doses of EDCs were somewhat high, we did this to simulate their effects of daily exposure, as well as body accumulation due to long-term exposure, simultaneously in animal experiments,” said Kyung-Chul Choi, PhD, co-author of the research.

Results of the study established that both triclosan and octylphenol interfered with the genes involved in breast cancer growth. In human breast cancer cells, these chemicals altered the expression of two cell cycle regulators, ultimately leading to proliferation of the cancerous cells. Mice exposed to the chemicals experienced larger and denser breast cancer tumors compared to the control group. “Thus, exposure to EDCs may significantly increase the risk of breast cancer development and adversely affect human health,” the researchers state in the paper.

Endocrine disruptors function by: (i) Mimicking the action of a naturally-produced hormone, such as estrogen or testosterone, thereby setting off similar chemical reactions in the body; (ii) Blocking hormone receptors in cells, thereby preventing the action of normal hormones; or (iii) Affecting the synthesis, transport, metabolism and excretion of hormones, thus altering the concentrations of natural hormones. In addition to cancer, recent studies have linked EDCs to declines in sperm count, increased risk of endometriosis, and the impairment of fish hearts.

Octylphenol is regulated as an inert ingredient by the U.S. Environmental Protections Agency (EPA). Under this status, the chemical can be added to formulated pesticide products without providing knowledge to the consumer. Last month, Beyond Pesticides and allies filed a complaint against the EPA for the agency’s failure to disclose inert ingredients on pesticide project labels. Pesticide labels only identify the weight percentage of inert ingredients, which often comprise 50 to 99 percent of a formulation, and mislead the public into thinking that these other “inert” ingredients are safe.

“Consumers and users of pesticide products have a right to know all the ingredients that are in products they purchase so that they can make more informed choices in the marketplace,” said Jay Feldman, executive director of Beyond Pesticides.

Due to its widespread use, and numerous studies showing adverse health impacts, triclosan, the other chemical tested in this recent study, has been a particular focus for environmental, health and consumer advocates. In 1972, Congress required the U.S. Food and Drug Administration (FDA) to set guidelines for many common antibacterial chemicals found in over-the-counter soaps and scrubs. The FDA published tentative guidelines for chemicals used in liquid hand soaps and washes by 1978, stating triclosan was “not generally recognized as safe and effective.” This was due to a lack of scientific research demonstrating the chemical’s safety and effectiveness. While many major manufacturers, including Johnson and Johnson and Proctor and Gamble, have already announced their intent to eliminate triclosan from their products, the chemical still remains widespread in a number of consumer goods.

Due to these growing concerns, the FDA proposed a new rule last December that requires manufacturers of antibacterial hand soaps, body washes and other consumer goods to prove that their products are both safe for long-term use and more effective than regular bar soap in order to remain on the market. This announcement, though long-delayed, represents a positive step toward reining in the unnecessary use of antibacterial chemicals. Toothpaste containing triclosan is not subject to this rulemaking as the FDA has indicated that the chemical is effective as an anti-gingivitis ingredient.

As new science emerges, Beyond Pesticides continues to urge concerned consumers to join the ban triclosan campaign and sign the pledge  to stop using triclosan. Since the rule will not go into effect until at least 2016, make sure to continue to read the label of personal care products in order to avoid those containing triclosan. You can also encourage your local schools, government agencies and businesses to use their buying power to go triclosan-free. Urge your municipality, school, or company to adopt the model resolution that commits to not procuring or using products containing triclosan.