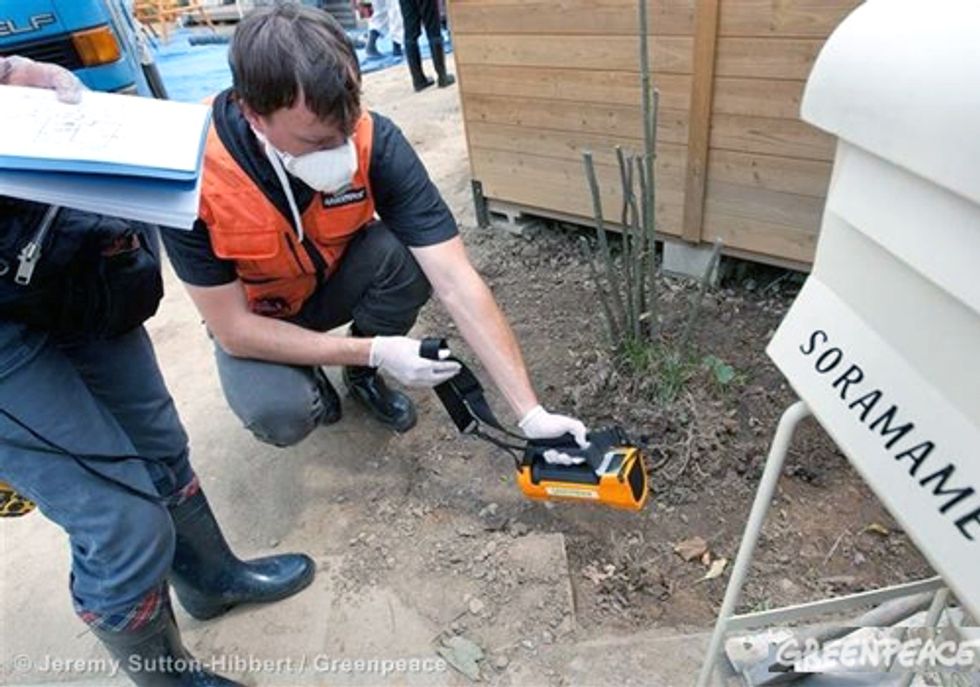 I am at a detention center at South Korea's airport, quickly writing these few words as best I can on a mobile phone. Together with my colleague, Dr. Rianne Teule, I have been denied entry to South Korea.

We have done nothing wrong. That is, unless you agree with the government in Seoul that exposing the risks of nuclear power and calling for better protection of people from radiation is wrong.

This is our second visit to South Korea, but this time we were told that the government would not let us in.

After waiting for hours to fly to Hong Kong we have boarded. From Hong Kong we go on to Japan where we will continue our investigations into the Fukushima nuclear disaster. Teule is an expert in the risks of nuclear radiation and has led Greenpeace operations to independently document radiation contamination near the disaster.

We have been denied access to South Korea today even though we have previously debated the issue of nuclear power here at high-profile conferences and with the media.

Last week, for example, I joined a seminar on nuclear power at the South Korean parliament via a videoconference. Parliamentarians, students and activists attended the event.

I summarized the lessons from the Fukushima disaster that governments should be learning and, ultimately, addressing. I talked about how the transformation taking place now in energy technology is accelerating as the world moves away from risky nuclear reactors to modern, safe, renewable energy technologies.

This transformation is happening in Germany and Japan, where the actions and protests of citizens have forced those governments to change course and phase out nuclear power. We have also begun to see this change elsewhere.

Globally, investments in renewable energy have dwarfed nuclear investments by a factor of 20.

Here in South Korea, these facts seem to be inconvenient today.

But instead of denying entry to those who expose the risks of nuclear energy, South Korea's government would be better off acting swiftly to address those risks rather than the actions it took to try and silence us today.

The South Korean government must act to phase out nuclear power that threatens the safety of millions and join the world’s leading economies in switching to a safe and clean future powered by renewable energy.

Teule and I came here to support the Korean people and won’t be stopped. The government can’t fly the truth back overseas.