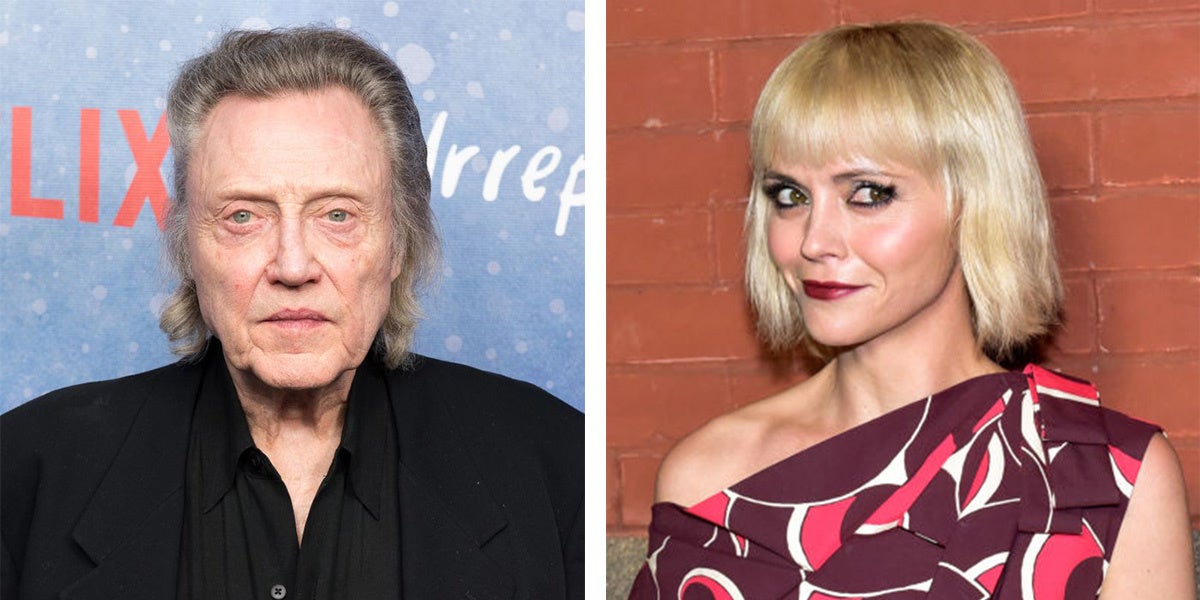 The film is based on the true story of Percy Schmeiser, a canola farmer from Saskatchewan, Canada who was sued by agriculture giant Monsanto over patent infringement in 1998.

Walken will play the title character and Ricci will star as anti-GMO activist Rebecca Salcau.

Here’s
Deadline’s synopsis of the film:

As [Walken’s character] speaks out against the company’s business practices, he realizes he is representing thousands of other disenfranchised farmers around the world fighting the same battle. Suddenly, he becomes an unsuspecting folk hero in a desperate war to protect farmers’ rights and the world’s food supply against what they see as corporate greed.

Clark Johnson of
The Wire will direct the film from a script by Hilary Pryor and Garfield L. Miller, Deadline reported.

Oscar winner Christopher Walken and Christina Ricci are set to star in 'Percy,' an anti-GMO indie film which is currently in production https://t.co/7nwKgln75p

Not to spoil the movie, but Monsanto successfully sued Schmeiser for patent violation after the company’s GMO canola was found growing on his farm without a license. In 2004, the case made it all the way to the Supreme Court of Canada, where the judges ruled 5-4 in favor of Monsanto, even though Schmeiser claims the seeds were accidentally blown onto his property.

Although Schmeiser lost, his story has evolved into a David versus a corporate Goliath tale, where Monsanto is framed as a boogeyman throwing its multinational heft at a small-time farmer.

The Schmeiser case, as well as the 147 other times Monsanto has sued U.S. farmers over patent infringement involving saved seed, has raised questions about companies having patents on plants and other life forms.

Schmeiser, who was also the main character in the 2009 documentary
David versus Monsanto, has emerged as an anti-GMO folk hero and ultimately views his legal defeat as a win.

“In the end it turned out good and we brought the world’s attention to what GMOs do and what it could do to farmers,” he told
CBC in an interview published last month.

To this day, Monsanto’s view of the case and of Schmeiser himself is not exactly flattering.

“The truth is Percy Schmeiser is not a hero. He’s simply a patent infringer who knows how to tell a good story,” the company states on its
webpage about the case. “Schmeiser knowingly planted this seed in his field without permission or license. By doing so, he used Monsanto’s patented technology without permission.”