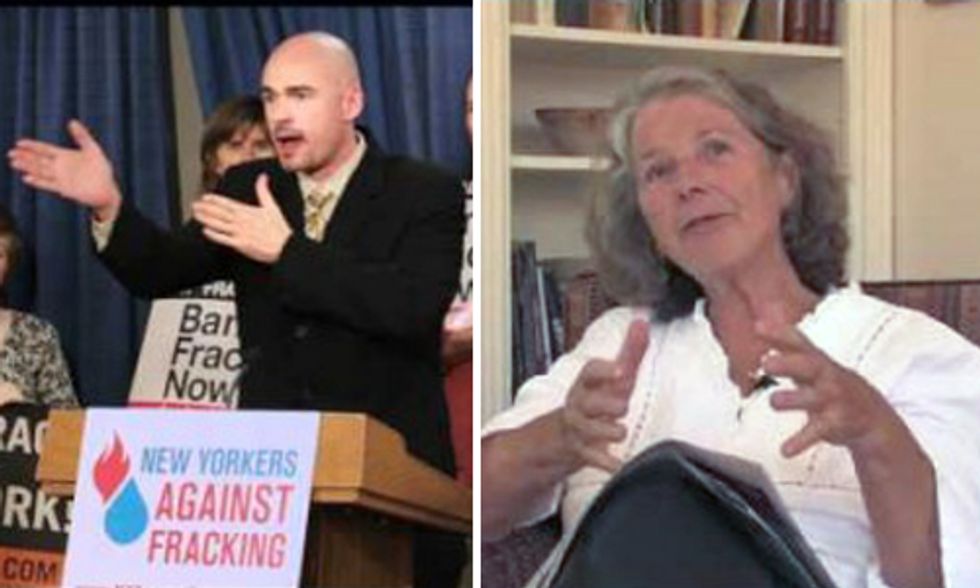 Our Earth is being destroyed by fracking and nukes.

These two vampire technologies suck the energy out of our planet while permanently poisoning our air, water, food and livelihoods.

The human movements fighting them have been largely separate over the years.

Listen to the passionate hour-long dialog on saving our Earth with long-time anti-fracking activist David Braun who speaks with Linda Seeley of the San Luis Obispo Mothers for Peace, the legendary grassroots group that has fought Diablo Canyon for more than four decades.

In the wake of Fukushima, the global campaign to bury atomic power has gained enormous strength. All Japan’s 54 reactors remain shut. Germany is amping up its renewable energy generation with a goal of 80 percent or more by 2050. Four U.S. reactors under construction are far over budget and behind schedule. Five old ones have closed in the last two years.

In New England and elsewhere, as the old nukes go down, safe energy activists shift their attention to the deadly realities of fossil fuel extraction.

The issues are familiar. Fracking in particular poisons our water and spews out huge quantities of lethal radiation. Ironically, in Ohio and elsewhere, the seismic instability it creates threatens atomic reactors still in operation.

In California, the burgeoning movement to shut the two remaining nukes at Diablo Canyon has run parallel with the powerful grassroots opposition to fracking. In both cases, water issues in this drought-plagued state have moved front and center.

Now the gap is being bridged. In a passionate hour-long dialog on saving our Earth, long-time anti-fracking activist David Braun speaks with Linda Seeley of the San Luis Obispo Mothers for Peace, the legendary grassroots group that has fought Diablo Canyon for more than four decades.

In their Solartopian radio conversation, and in a call to convene this coming spring, we see the seeds of an intertwined alliance that can help save our Earth: