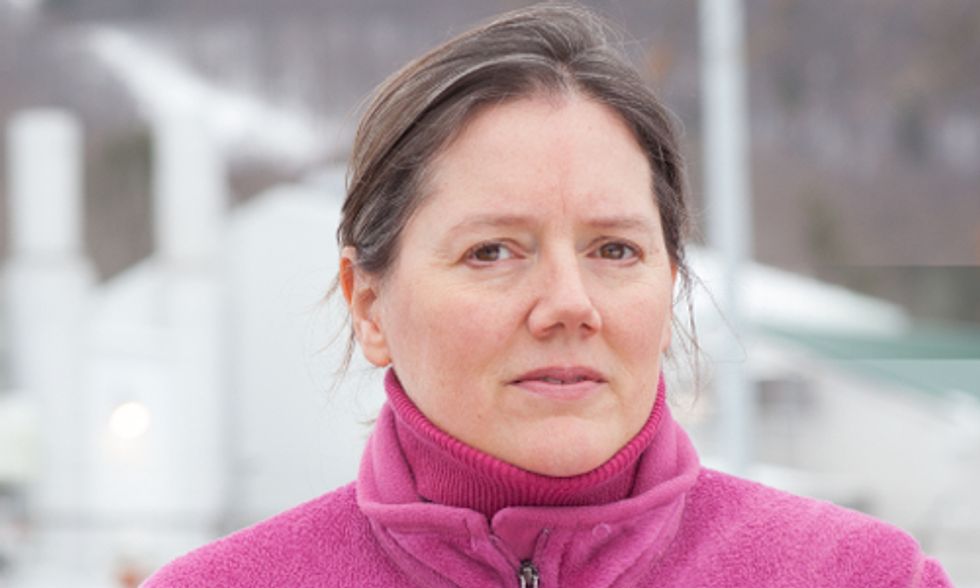 “Helen Slottje is a true hero of the American environmental movement,” said Earthjustice President Trip Van Noppen. “When New York communities felt helpless at the onslaught of fracking, her work gave them hope. More importantly, it gave them power. Not only has Helen’s groundbreaking work empowered communities in New York state—it has helped inspire similar movements across the country in Pennsylvania, Ohio, Colorado, California and even Texas.”

Invoking the state constitution and implementing legislation, which give municipalities the right to make local land use decisions, Helen and her husband David empowered towns across New York to defend themselves from oil and gas companies by passing local bans on fracking. Their work helped pave the way for more than 170 communities in New York to take action.

“The oil and gas industry has been exempted from many key provisions of important federal environmental laws,”  Van Noppen continued. “And too often state regulators have been unwilling or unable to sufficiently protect threatened communities. For these reasons, local governments represent an important line of defense between people and dangers of fracking.”

One such community was Dryden, NY—one of the first municipalities in New York to enact a fracking ban. The town was subsequently sued by a billionaire-owned oil and gas company. Earthjustice attorneys are defending the town in court, working closely with the Slottjes to make sure the legal rights of communities across New York are upheld.

“The attorneys and campaign staff at Earthjustice are honored to have had the privilege of working alongside Helen in the fight against fracking,” said Van Noppen. “On this special day, the entire Earthjustice community celebrates Helen and her incredible accomplishments that have made communities safer and the environmental movement stronger.”

The Little Town That Took on Fracking and Big Oil