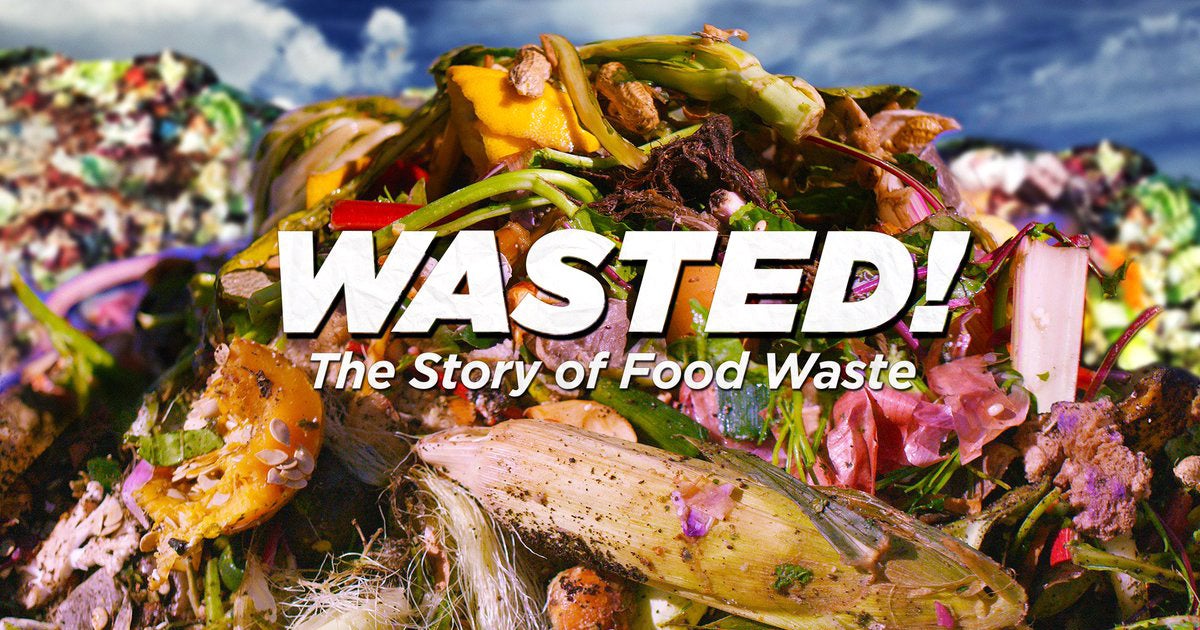 A new documentary from chef and television personality Anthony Bourdain, WASTED! The Story of Food Waste explores both the problem of food waste in the U.S. and possible solutions from around the globe. The documentary features renowned chefs and food leaders, including Dan Barber, Mario Batali, Massimo Bottura, Danny Bowien and Dr. Judith Rodin, who demonstrate potential ways to help solve the food waste problem.

“This is an important and informative film and a project I’m proud to be part of. Chefs have been at the cutting edge of efforts to contend responsibly with the problem of food waste, perhaps because they, more than others, are painfully aware of the egregious volume of perfectly usable, nutritious food that could otherwise feed people in need, being thrown out in our restaurants,” said Bourdain in a press release.

According to the documentary and statistics from the U.N. Food and Agriculture Organization (FAO), approximately one-third of the food produced around the world for human consumption is never eaten. This amounts to 1.3 billion tons of food waste per year. According to the FAO, recovering just one-quarter of this waste would be enough to feed the 870 million hungry people in the world.

In the U.S., families waste approximately 25 percent of the food and beverages they buy at the cost of US$1,365 to US$2,275 annually. This adds up to US$218 billion a year in costs of growing, processing, transporting, and disposing food that is never eaten. According to a report from the Natural Resources Defense Council (NRDC), “America throws out more than 400 pounds of food per person per year. And when that food is wasted, so are the resources that go into producing it, including 21 percent of freshwater used by the U.S. agricultural industry. Wasted food also generates climate change pollution equivalent to 37 million cars per year.”

While WASTED! exposes the extent of the global food waste problem, it also features innovations and solutions that are using more food, feeding more people, reducing environmental damage, stimulating technology and business, and ultimately improving the health and well-being of citizens worldwide.

Chef Danny Bowien, for example, explores how the Japan Food Ecology Center is transforming food waste into nutritious animal feed for pigs, and how Japanese chefs utilize more animal parts in their dishes.

“The Japanese mentality of using everything, that resourcefulness in pursuit of flavor … It’s my responsibility as a chef to pass this excitement and enthusiasm on,” said Bowien of his experience.

The documentary also examines policy approaches from countries such as France, Italy and South Korea, that aim to curb food waste. Under a new French law, for example, supermarkets are penalized if they throw away or destroy unsold food, instead of donating it to charities and food banks.

Individuals and organizations across the U.S. are also working to prevent food waste. According to the nonprofit ReFED’s Food Waste Innovator Database, more than 400 organizations are turning the food waste problem into an opportunity for economic, social and environmental impacts. And these solutions are being developed across all stages of the food chain.

“That’s our job I think, in the subject of food waste, is to change the culture of our diets so that food waste gets soaked up, used, reused in a way that becomes natural to our diets,” Barber stated.

At the farm level, the Iowa Waste Reduction Center (IWRC) works with farmers to reduce and repurpose their waste, such as through composting. At the retail level, organizations like Food at First in Ames collects thousands of pounds of food that would otherwise have been thrown away by local grocery stores and food services and redistributes it through free meal and food pantry programs. At the consumption level, eaters can donate fresh produce and vegetables to #GiveHealthy or Ample Harvest, or purchase excess food from restaurants at a discount through Food For All.

Through telling the story behind food waste, WASTED! aims to change the way people buy, cook, recycle and eat food.

Watch the trailer below:

Reposted with permission from our media associate Food Tank.