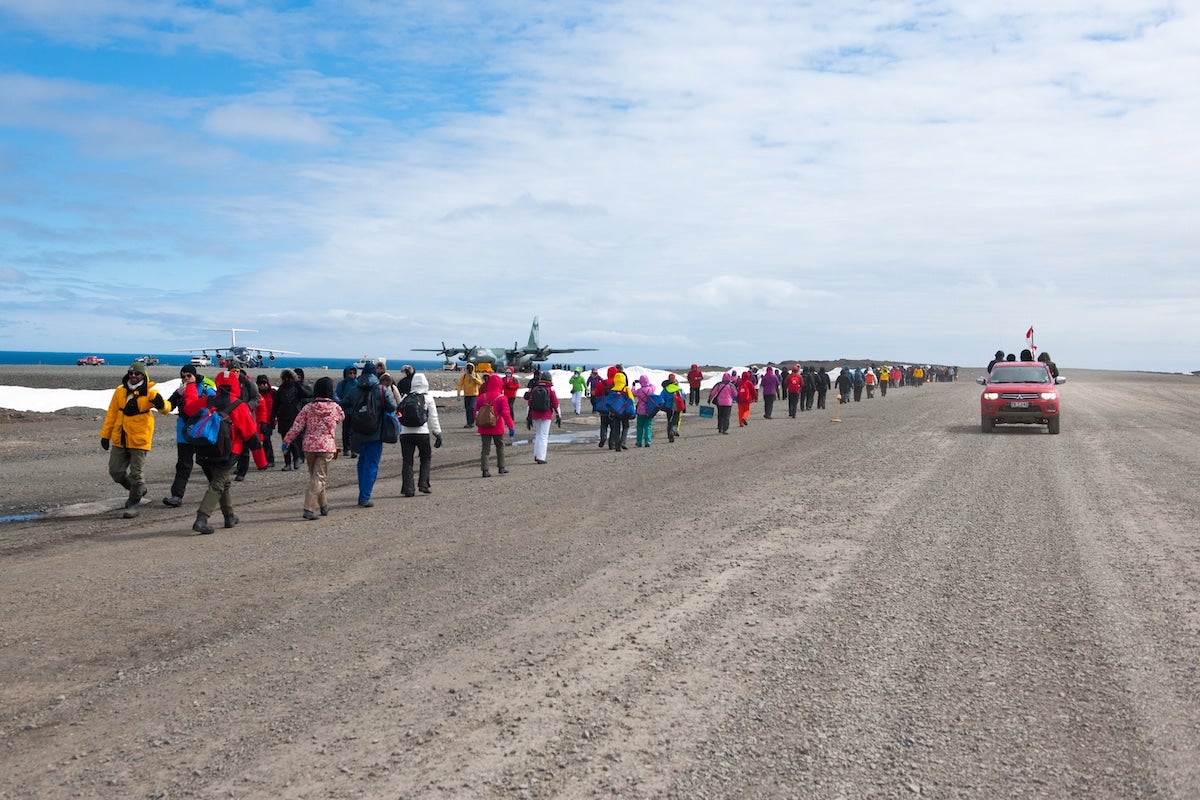 The number of Antarctic sightseers doubled over the past decade, reaching nearly 75,000 in 2019. New research finds the soot, or black carbon, from these visits is causing an extra inch of snowpack shrinkage each year.

“It really makes us question, is our presence really needed?” Alia Khan, a glaciologist and study author asked NPR.

The soot found in Antarctica comes from the cruise ships and other vehicles shuttling researchers and tourists around the melting pole, creating a blanket of dark particulate matter that lowers the land’s albedo, a measure of how well a surface reflects solar energy.

Study co-author Dr Raúl Cordero, of the University of Santiago Chile, said Antarctic snow was the cleanest on Earth, typically with baseline levels of black carbon around one part in a billion.

Black carbon levels at sites on the Antarctic peninsula were between two and four times higher than on other parts of the continent.

“What black carbon is doing is making the snow darker [so it] is absorbing more solar radiation,” Cordero said. “That extra energy is accelerating the melting of the snow.”

He believes a limit on the number of tourists to Antarctica may need to be adopted.