Antarctica Just Lost a 347 Billion Ton Iceberg, but This Time the Climate Crisis Is Not to Blame 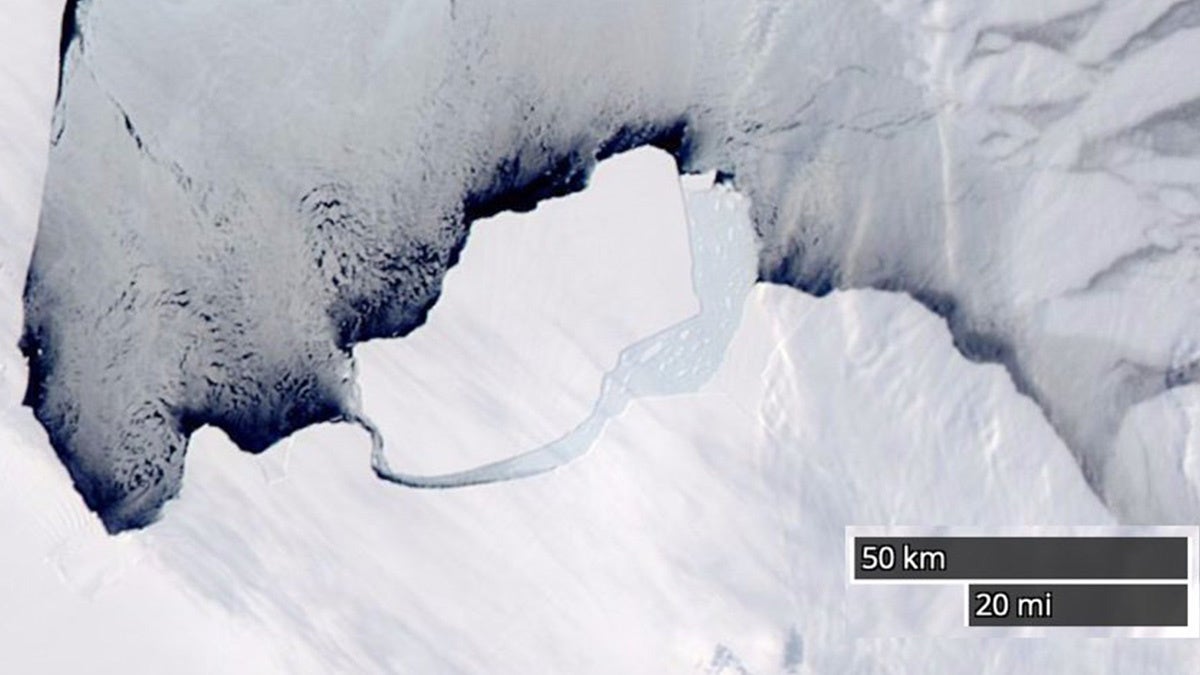 A 315 billion tonne (approximately 347 billion U.S. ton) iceberg has broken off of Antarctica‘s third largest ice shelf, BBC News reported Monday. It is the biggest berg to calve from the Amery Ice Shelf in more than 50 years.

The iceberg is 1,636 square kilometers (approximately 632 square miles), roughly the size of Scoltand’s Isle of Skye and slightly larger than the Hawaiian island of Oʻahu. It is so large that it will have to be carefully observed because it could pose a risk to shipping. But scientists were quick to reassure the public that it was part of the ice shelf’s normal calving cycle, and not a sign of the climate crisis.

“While there is much to be concerned about in Antarctica, there is no cause for alarm yet for this particular ice shelf,” professor Helen Fricker from the Scripps Institution of Oceanography told BBC News.

The calving was caught on U.S. and European satellites between Sept. 24 and 25, AFP News reported.

Scientists had long been expecting a piece of the Amery Ice Shelf — known as “Loose Tooth” because of its resemblance to a child’s tooth — to break away, according to BBC News. Fricker predicted in 2002 that it would calve between 2010 and 2015.

She was off, slightly, both about when and where the iceberg would detach. Instead of finally losing its tooth, the ice shelf lost a larger piece of ice slightly to the west, which scientists are calling D28.

“It is like expecting a baby tooth to come out, and instead out comes a molar,” Fricker tweeted.

The Amery Ice Shelf is located in East Antarctica and tends to calve every 60 to 70 years, Fricker told The Guardian. It last released a major iceberg in 1963-64.

East Antarctica is so far less affected by the climate crisis than fast-melting West Antarctica or Greenland, AFP noted. However, a Dec. 2018 study found that glaciers covering an eighth of Antarctica’s eastern coast had lost ice in the last ten years.

Fricker told Scripps that it is important to make long-term observations of normal ice shelf behavior in order to determine what is caused by global heating and what is not.

“The calving will not directly affect sea level, because the ice shelf was already floating, much like an ice cube in a glass of water,” he told The Guardian.

However, he did hypothesize its loss could contribute to future ice melt.

“[W]hat will be interesting to see is how the loss of this ice will influence the ocean melting under the remaining ice shelf and the speed at which the ice flows off the continent,” he said.