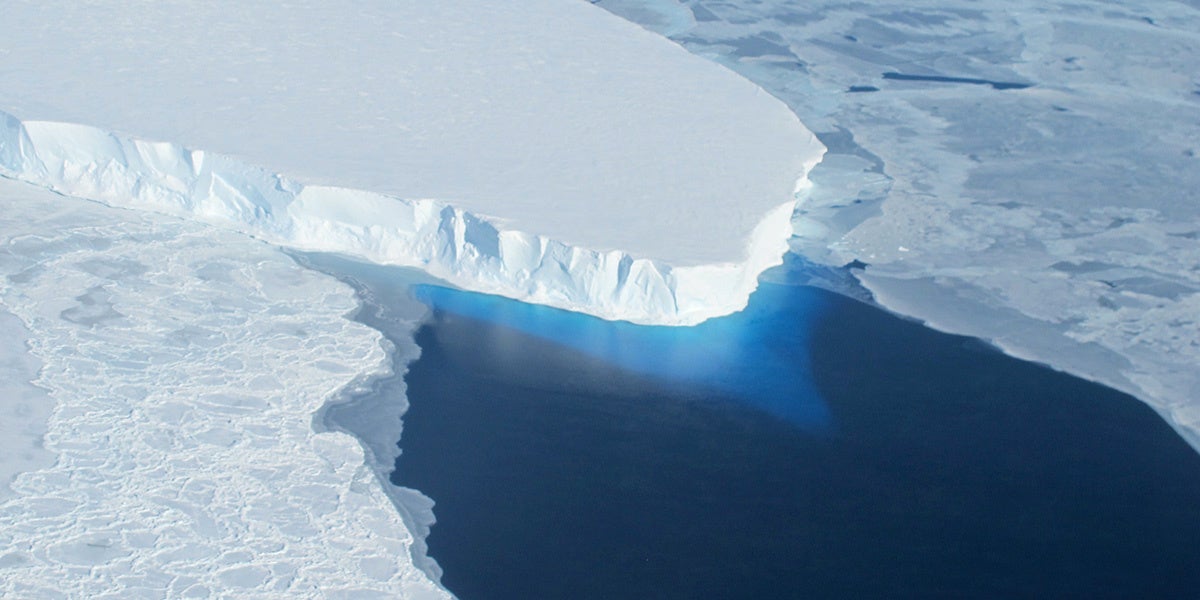 Ice melt in Antarctica has tripled in the last five years, according to the most comprehensive assessment of the state of South Pole ice to date, published in Nature Wednesday.

“A three-fold increase now puts Antarctica in the frame as one of the largest contributors to sea-level rise,” study co-leader and CPOM Director Professor Andrew Shepherd of Leeds University told BBC News.

“The last time we looked at the polar ice sheets, Greenland was the dominant contributor. That’s no longer the case,” he said.

The IMBIE assessment wasn’t the only study published Wednesday with alarming news about the impacts of climate change on Antarctica.

A University of Waterloo study published in Science Advances discovered a mechanism that could further accelerate Antarctic ice loss.

The two year study found that rising ocean and air temperatures are both destabilizing ice shelves from below and also causing them to crack on top, which ups the chance they might break off, according to a University of Waterloo press release published by Phys.org.

“This study is more evidence that the warming effects of climate change are impacting our planet in ways that are often more dangerous than we perhaps had thought,” Dow said. “There are many more vulnerable ice shelves in the Antarctic that, if they break up, will accelerate the processes of sea level rise.”

A final study, also published in Nature Wednesday, gave readers a choice between catastrophe and hope. Researchers, including scientists from Imperial College London, compared what would happen to the ice and wildlife of the South Pole in 2070 under two scenarios: one in which lowered greenhouse gas emissions coincided with maintaining environmental regulations, and one in which emissions were allowed to rise and regulations to deteriorate, an Imperial College London press release reported.

In the worst case scenario, Antarctica would contribute 27 centimeters (approximately 10.63 inches) to global sea level rise, for a total sea level rise of more than a meter (approximately 3.28 feet). Ocean acidification would harm the shells of some sea creatures and the number of invasive species would increase tenfold.

If action is taken this decade, however, Antarctica would only contribute 6 centimeters (approximately 2.36 inches) to a total global sea level rise of around half a meter (approximately 1.64 feet), the shells of sea creatures would be safe and the number of invasive species would only increase by two times.

“To avoid the worst impacts, we will need strong international cooperation and effective regulation backed by rigorous science. This will rely on governments recognising that Antarctica is intimately coupled to the rest of the Earth system, and damage there will cause problems everywhere,” study co-author professor Martin Siegert from the Grantham Institute – Climate Change and the Environment at Imperial College London said.