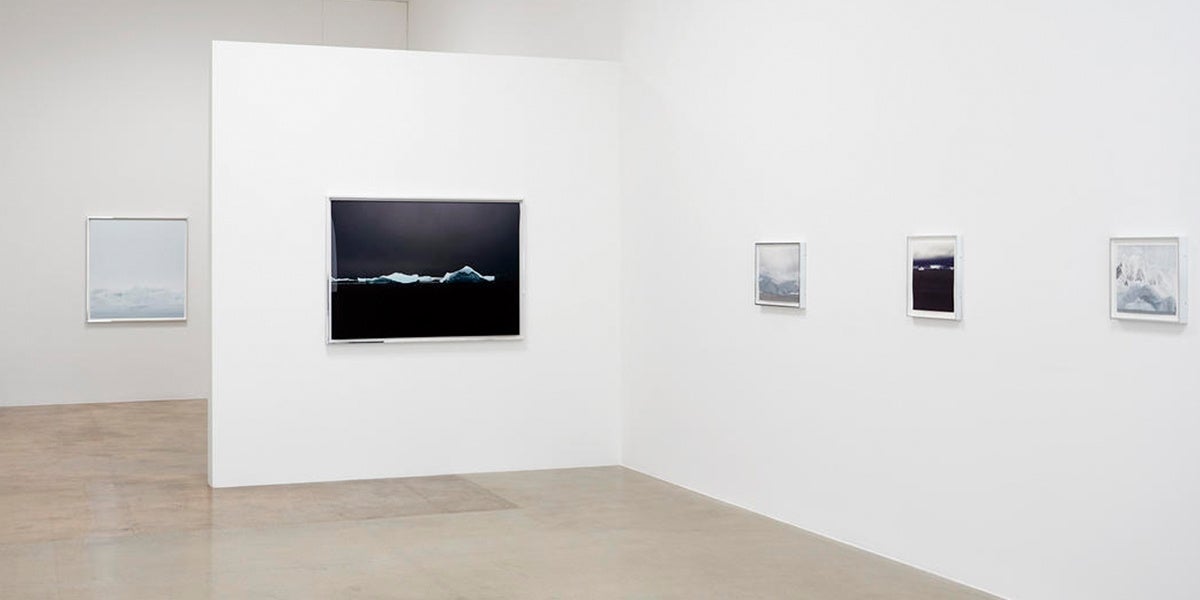 Liza Ryan’s trip to Antarctica for her 50th birthday was the journey of a lifetime, a dream she had been working toward for years. In preparation for the two-week visit in 2016, the Los Angeles–based artist did her homework, reading Peter Matthiessen’s End of the World and a book about British explorer Ernest Shackleton’s ill-fated voyage to the South Pole aboard the sailing ship Endurance.

But nothing prepared her for the real-life encounter with the continent at the end of the Earth. “My initial impression was one of suspended belief because I had no point of reference for what I saw. The scene from the ship felt like a backdrop for a movie or theater,” she said. Only on further inspection, when Ryan boarded a kayak and actually entered into the landscape, did the utterly foreign scene begin to make sense. “It’s almost like you have to touch it to believe it’s real,” she said. 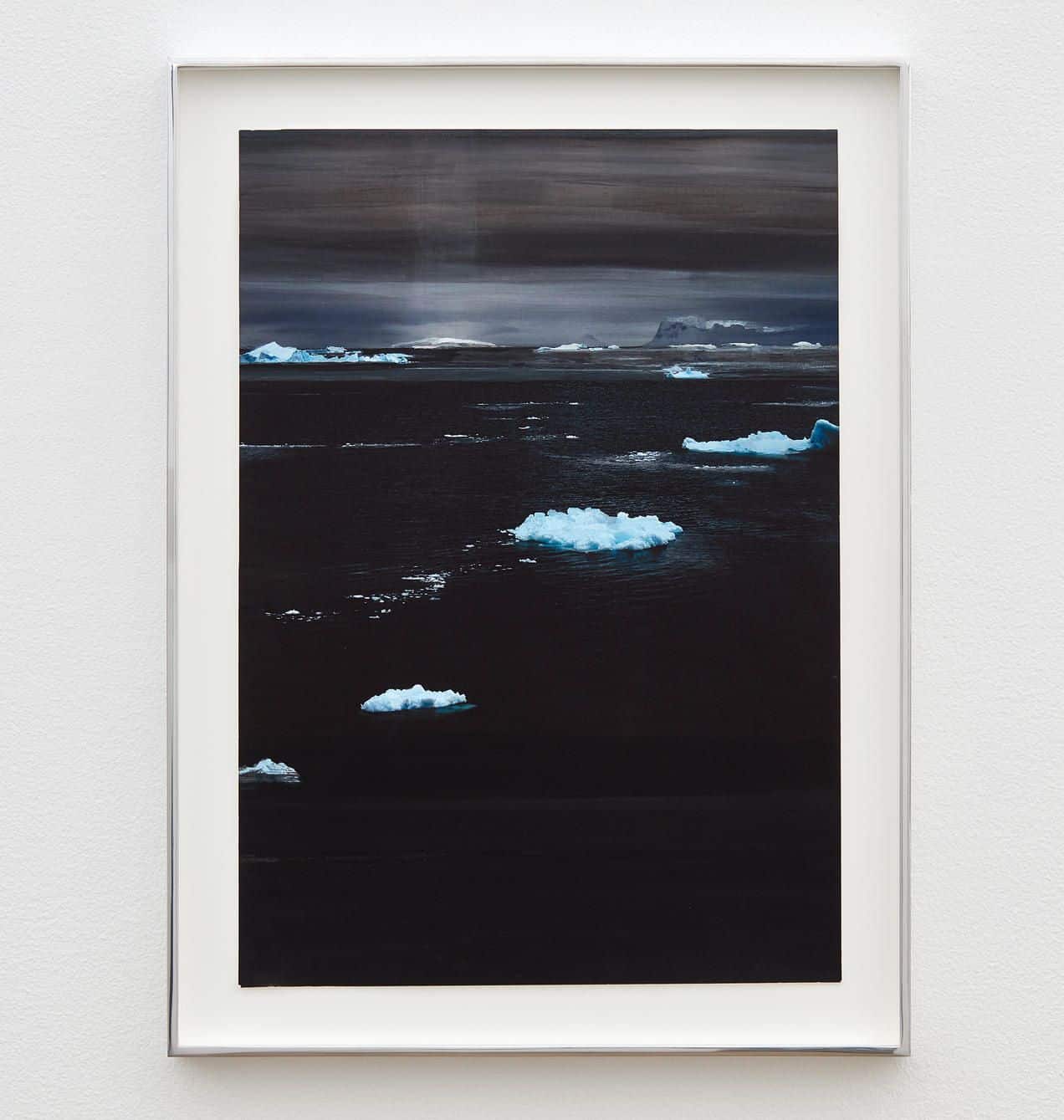 Ryan said she was particularly affected by the profound quiet of the place. Freed from the normal perceptual distractions of home, her ears opened to unaccustomed sounds and even a new type of listening, she recalls. “Sounds consisted of the ocean, wind, creaking glaciers, penguins and whales blowing and breaching. Calving glaciers sound like cannons going off—it’s beautiful and terrifying and more alive-seeming than any landscape I have visited.”

Back in her studio in Los Angeles, Ryan spent more than a year manipulating photographs she had taken in Antarctica in an attempt to conjure memories of not only what she saw there, but also what she felt. Twenty of her images, now on view at the Kayne Griffin Corcoran gallery in Los Angeles, present landscapes and seascapes heightened by applications of ink, watercolor and graphite that guide the spectator’s eye in an artful act of editing. The purpose, said Ryan, is “to emphasize certain elements that I remembered but are easy to overlook at the reduced scale” of a photograph on a gallery wall. 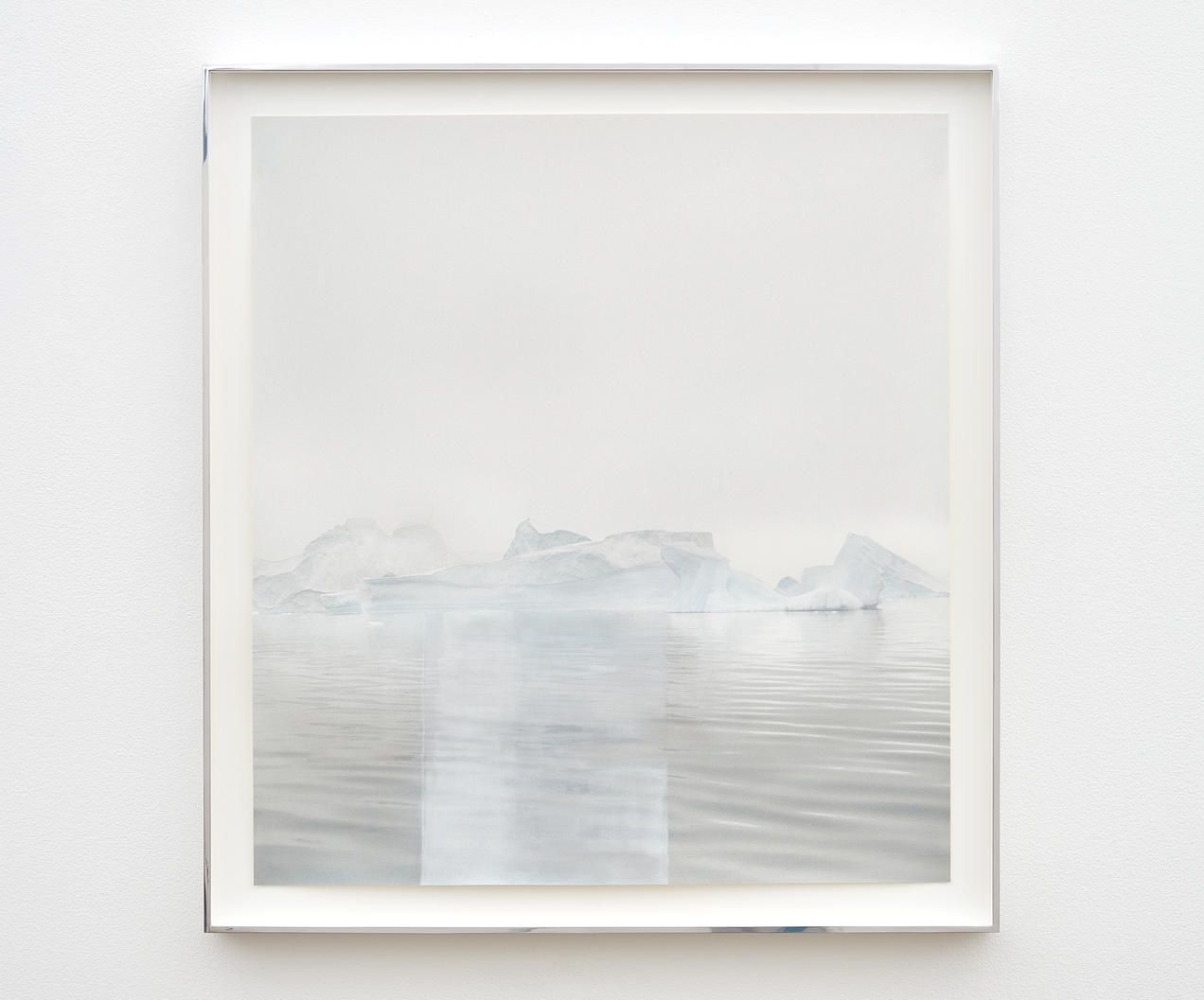 Ryan uses daunting expanses of sea and sky as framing devices that compress the jagged landmasses and serrated icebergs—the only possible stages for human activity in her images—into thin strips of middle ground. Looking at the vast frozen tableaus, you can’t help but confront your own insignificance in them. And yet Ryan’s representations, which appear nearly monochromatic on first glance, are also subtly alive with color and detail that encourage exploration and, ultimately, evoke a thrilling sense of awe.

Two years on, Ryan continues to work with the photos she took in Antarctica to bring out the emotions she experienced there. In part, she’s inspired by the precarious state of the continent’s changing climate, which makes her art seem more urgent. “Antarctica is melting and could disappear,” she said. Her motivation also stems from the “recalibration” she underwent there, which altered her perception of her place in the world. “The place has a palpable power that is indescribable,” she said. “I continue to learn from it in the studio … I can’t seem to let go.”

Liza Ryan’s “Antarctica” will be on display at Kayne Griffin Corcoran in Los Angeles through March 17, 2018.