Answering the ‘Call’ on Clean Water 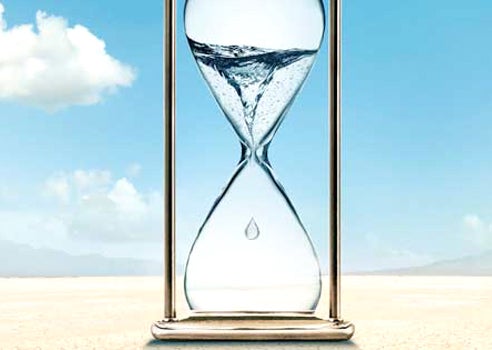 Last Call at the Oasis, a fine new film on water issues by Oscar-winner Jessica Yu, has more than its share of “uh-oh” moments. Screening audiences gasp audibly as Las Vegas runs out of water, fracking chemicals turn Texas swimming pools a nasty green and frogs change sex due to pesticide exposure.

Later in Last Call, we learn how to prevent still more horrible damage to our water resources. Conservation is an obvious first step. How about being honest with ourselves about the effects of chemical contamination in our communities? And, there’s the possibility that one day we’ll be going toilet-to-tap for drinking water, an idea floated in the film by a deadpan, lab-coated Jack Black, holding a beta test bottle of “Porcelain Springs.”

Doubt the seriousness of the water issue? Think it’s a plot by doomy environmentalists or tax-and-spend liberals? Not according to Bush Senior’s EPA Administrator, William Reilly, who warns that 117 million Americans still lack proper access to safe drinking water. And, as many as 3.5 million Americans are being sickened each year because of bacteria in poorly-treated wastewater.

Reilly should know, as he served at the EPA during the beginning of the end for clean water investment. During the 1970s and the 1980s, the feds put more than $60 billion into building public wastewater treatment systems. President Reagan and Congress ended that program in 1987, abandoning true conservative values like thrift and investment in the future to help pay for tax cuts. Thus began an epic decline in conditions at our water treatment plants, which are now in such bad condition that the American Society of Civil Engineers assigned them a grade of D- in 2009.

America’s neglect for its infrastructure now translates into major public health problems. Hundreds of thousands of New Yorkers swim and fish in the Hudson River—even drink from it—assuming that we’re taking the necessary steps to keep the river clean. Riverkeeper’s water quality testing reveals the truth: bacteria levels in the Hudson exceed federal safe swimming guidelines over 20 percent of the time. After it rains, that number can be as high as 56 percent. Roughly a quarter of New York’s sewage systems are decades overdue for replacement or rehab.

Granted, water treatment is only one of many problems we’ve let worsen in recent years, but it’s only common sense to pay paramount attention to the stuff we and our families drink, cook with and bathe in. And, every year we wait, fixing the problem becomes more costly. In 1986, when the feds were still spending on water infrastructure, capital investment needs for clean water were about $80 billion. Now, they’re over $250 billion.

Whether you consider yourself an environmentalist or not, it’s time to speak up for clean, safe water. You may not think the politicians will listen, but try it and see. Here in New York, grassroots groups won approval for key infrastructure investments in the City of Beacon, and on the Sparkill Creek in Rockland County, too. In New York City, the “SWIM Coalition” is driving multi-billion dollar investments in reducing storm-related sewer overflows—investments that will not only improve conditions in local waterways, they’ll also beautify city neighborhoods and save New Yorkers money in the long run.

Last Call at the Oasis is an essential film that deftly balances entertainment, information and a call for action, a hallmark of its production company, Participant Media. It’s also a compelling and long-overdue wake-up call that we need to answer now by ending America’s 35-year drought in clean water investment.