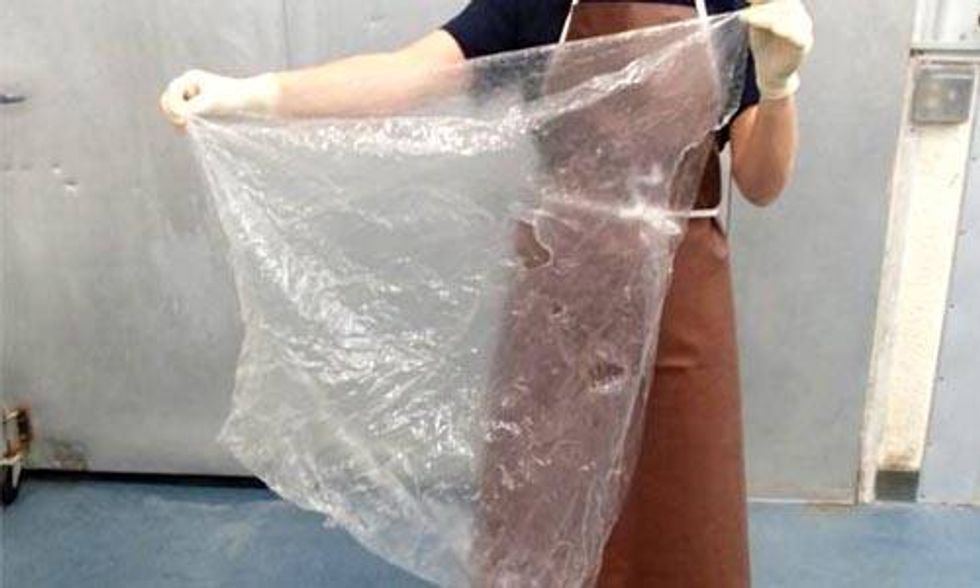 Marine debris can be a dangerous problem for the animals that inhabit the marine environment. Unfortunately, we recently saw this first-hand on a Florida beach. A melon-headed whale that was recovered along Florida’s east coast died due to a large plastic bag in its digestive system. NOAA Fisheries’ stranding network staff, partnering with the Florida Fish and Wildlife Conservation Commission and Harbor Branch Oceanographic Institute responded to the call about a stranding on Riviera Beach.

A decision was made to euthanize the whale after vets at the Palm Beach Zoo determined that the animal was in very poor condition and extremely thin. A necropsy (a non-human autopsy) was performed by a veterinarian to discover the cause of the animal’s poor health and subsequent death, during which a large plastic bag was found to be blocking the whale’s intestinal tract. The whale had suffered from starvation due to the blockage.

This is a sad reminder of the impact of marine debris. Every piece of debris matters. Animals can mistake trash for food or accidentally ingest it when consuming actual food items. However, we can help! By properly disposing of our trash, following the three R’s (reduce, reuse, recycle), helping to educate others, and by cleaning up our shorelines and waterways by getting involved in cleanup events, we can fight the marine debris problem and work to avoid outcomes like this in the future. To learn more about how you can help, visit our website.