Another No Nuke Victory: Vermont Yankee Nuclear Plant to Close in 2014 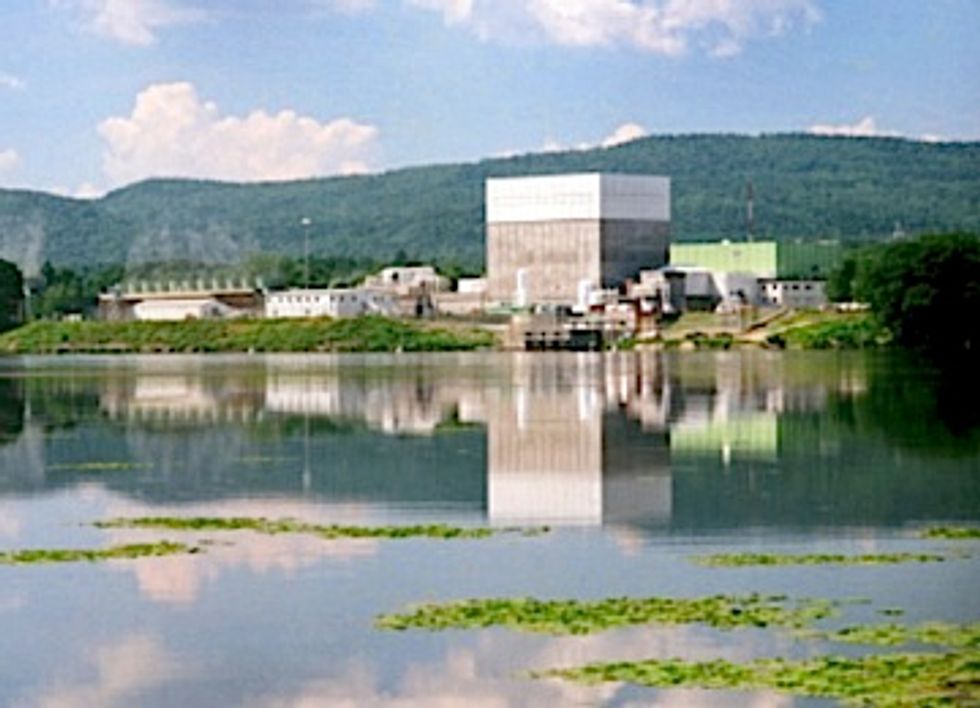 In the aftermath of the Fukushima Daiichi nuclear power plant disaster, the nuclear energy sector has seen a downturn, enduring bad press and changing financial trends as well as racking up a running list of safety issues in plants around the world.

Nuclear energy opponents have seen a series of successes recently, from the closing of San Onofre in California to the Paducah plant in Kentucky in May. Yesterday, Entergy Corp. announced it would decommission Vermont Yankee in 2014, the state's only nuclear power plant.

The decision to close and dismantle the plant ends a nasty legal battle between Entergy and the state of Vermont, and is another win for the growing anti-nuclear energy movement. Global electricity generation from nuclear power dropped by seven percent in 2012, after a four percent decline in 2011, according to the World Nuclear Industry Status Report.

Vermont Yankee opened in 1972 in Vernon, on the banks of the Connecticut River. According to the Associated Press, the plant currently employs about 630 people, and while in the past it provided almost one-third of the state’s electrical supply, it now ships nearly all of its power to electric companies in neighboring states. In 2010, citing safety issues and the age of the plant's reactors, the Vermont Senate voted against a measure that would have authorized a permit to Vermont Yankee allowing it to operate for an additional 20 years.

According to Entergy, the plant is expected to cease power production after its current fuel cycle and move to safe shutdown in the fourth quarter of 2014. The station will remain under the oversight of the Nuclear Regulatory Commission throughout the decommissioning process.

“We applaud Entergy’s decision to shut down an aging nuclear power plant, rather than to push it past its limits," said Deb Katz of Vermont's Citizens Awareness Network. "Today, we celebrate this milestone in our work to end nuclear power generation in the Northeast and to foster a renewable energy future."

"This is a win for the people," Katz continued. "Their relentless work has made the closure of Vermont Yankee possible. We thank all who have worked to make this day happen, especially the state of Vermont for its perseverance on this issue.”

While Vermonters are hopeful for a clean energy future, Entergy points to a more sinister factor in the decision to close the plant: sustained low prices for natural gas extracted through the controversial process of fracking. According to the company's press release, the recent "natural gas boom" in the U.S. has caused the nuclear energy market to undergo a "transformational shift in supply due to the impacts of shale gas."