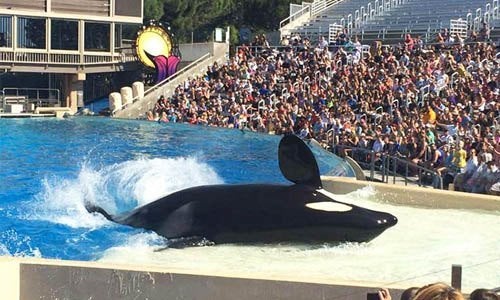 It’s business as usual for SeaWorld.

Yet another animal has died under SeaWorld’s watch, bringing the embattled theme park’s death toll to four large marine mammals in just four months. Three of the deaths occurred at SeaWorld San Antonio. Dart, a male dolphin, was the latest to die while kept in captivity.

This dolphin is the fourth cetacean to die prematurely at SeaWorld San Antonio since July. Just like many of the dolphins, orcas, belugas and walruses who died before him, he never knew the world outside SeaWorld’s tiny concrete tanks, never had the chance to swim freely with his family pod and never got to feel the ocean currents.

Betsy was 1 of 12 Commerson's dolphins captured from the wild in 1983. Half were dead within a year, some within days. #SeaWorld

Betsy was recently relocated from SeaWorld San Diego, along with two other “longtime companions,” SeaWorld said on its Facebook page.

Though Betsy lived to a mature age for a Commerson’s dolphin—an anomaly for an animal held at SeaWorld, which has a history wrought with premature animal deaths—the circumstances surrounding her death are troubling. Days before she died, she was transferred from SeaWorld San Diego to SeaWorld Orlando, a transport that was undoubtedly hard on the older animal. Betsy was reportedly stolen from her ocean home in 1983, along with 12 other Commerson’s dolphins, half of whom died within a year of captivity. SeaWorld recently announced that it will no longer keep Commerson’s dolphins in captivity, but 20 have reportedly already died in its care over the last 30 years. Hopefully, the remaining Commerson’s dolphins at SeaWorld will be the last to experience the abusement park’s concrete tanks.

BREAKING: Young orca, Unna, has just died at #SeaWorld after suffering from a fungal infection for months. pic.twitter.com/sKEalGJ5ax

BREAKING: She was only two years old & could have lived DECADES longer. This isn’t the first young beluga SeaWorld lost this year. http://peta.vg/1o3d

Posted by PETA (People for the Ethical Treatment of Animals) on Monday, November 16, 2015

Stella died at SeaWorld San Antonio at just 2 years old, well short of a beluga’s natural life expectancy of up to 50 years. Her death added to a tally of at least 58 beluga deaths at SeaWorld locations. SeaWorld and other aquariums have proved again and again that belugas cannot be bred successfully in tiny concrete tanks, where they’re denied everything that is natural and important to them. 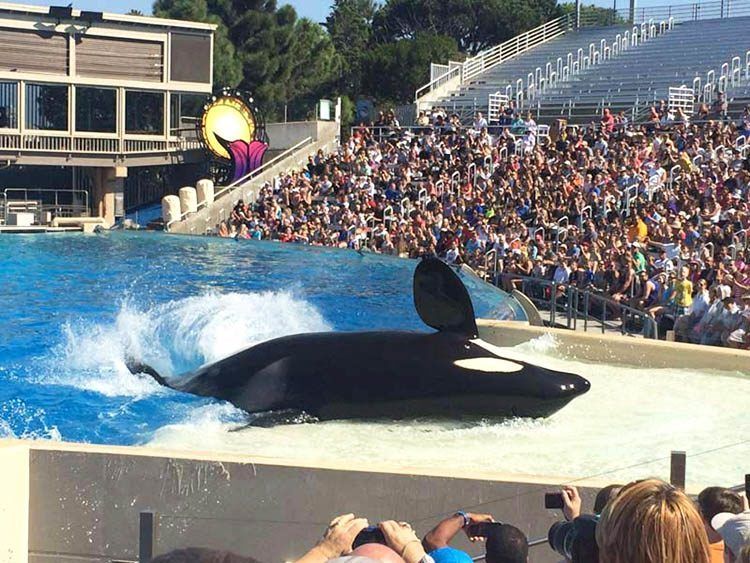 Thirty-eight orcas and at least 58 belugas have died on SeaWorld’s watch, along with more than a hundred dolphins. Reports indicate that another dolphin at SeaWorld San Antonio named Betty is currently being treated for a possible infection.

Though SeaWorld’s website claims that “there are no apparent connections” between the recent deaths at its San Antonio facility, the high number of premature and unusual deaths there and at the other SeaWorld locations points to a serious common denominator: captivity.

Illegal Chilean Sea Bass Fishing Could Be Coming to an End, Thanks to Sea Shepherd