Annual Whale Slaughter Still a Tradition on the Faroe Islands 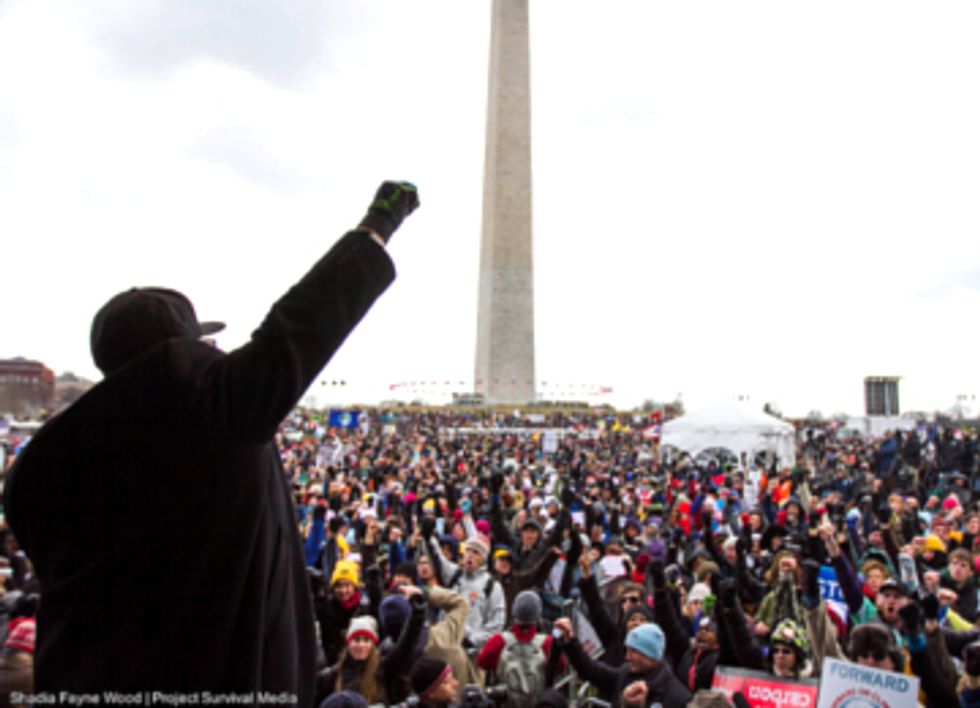 The Faroe Islands, a territory of Denmark lie to the north of the United Kingdom.

It’s been an extremely bloody few weeks in the "Ferocious Isles," even by Faroese standards. On Aug. 8, 107 Long-finned Pilot whales were slaughtered in Sandavágur, on Vagar Island, a Denmark territory. On Aug. 11, 21 were butchered in Leynar and on Aug. 13, 135 lost their lives in Húsavík.

The grind, as the Pilot whale drive is called, has a recorded history since 1584. There are 23 whaling bays assigned to six districts in which the meat and blubber are divided among the population. A drive is initiated when fishermen or ferries offshore sight dolphins. The dolphins are driven into a bay with boats and even jet skis and pulled up onto the beach with a hook in the blowhole. Then the spinal cord is cut with a knife.

While White-sided and Bottlenose dolphins and Harbor porpoises can be driven to slaughter, according the local regulations, it is illegal to kill Risso’s and Orcas. In all of these instances, mistaking them for Pilot whales was cited as the excuse for killing them.

Soon however, they will have to pass a test before they can participate in the bloodshed. The Minister of Fisheries announced that as of May 2015 all persons taking part in the slaughter must take a course in the laws and correct procedures relating to the grinds, and possess the relevant license to kill. They will get training in the use of the grind tools that will be permitted as of 2015, nostril hooks and spinal lances; the ability to recognize death signals (not suffering, as that is irrelevant to the killers) of the animals; and be familiar with all legislation before they can participate. Use of the grind knife and grinding hook will no longer be allowed except in special circumstances by permit. Some conservation groups have hailed these measures as the beginning of the end of the grind.

Sea Shepherd has led campaigns to oppose the grind in the Faroe Islands since 1985. During the 2011 Operation Ferocious Isles campaign, not a single whale was killed while Sea Shepherd was on patrol during the July-August high season. So far this is the only way that the lives of these magnificent animals have been saved. This work was chronicled in a five-episode series on Animal Planet called Whale Wars: Viking Shores.

The first grind this year took place on July 21 when 125 Pilot whales were killed in Víðvík. This is the village where in Nov. 2010, 62 Pilot whales were driven onto the beach at dusk. All animals were killed, but because it was too dark by then, the flensing had to wait until the next morning. By that time the corpses had already started to rot and most of the whales were discarded, killed for no reason.

The most savage of the recent grinds took place July 30 when 267 Pilot whales were driven into the bay of Fuglafjørður. Reports say that only four men were available to kill the panicking animals. For more than 90 minutes, they were held in the bay with boat-engine-noise and blowhole hooks until they were all slaughtered.

Neither the July 30 mess, nor the Nov. 2010 example were isolated incidents. The butchers regularly screw up without consequences. Animal welfare is a farce in the "Ferocious Isles" and the claims of a fast, two-minute death are more the exception than the rule.

On Oct. 25, 2012, an attempt to tag 36 Pilot whales by the Faroese National Museum went terribly wrong. After the radio transmitters had been attached, the disoriented whales got stuck in the mud and ended up screaming on the beach. Museum officials could not be reached and the Torshavn government did not allow the villagers to kill the animals, as it is illegal to kill tagged dolphins. Only several hours later in the night, when it was decided that the animals could not be saved, the locals were given permission to slaughter them.

As a result of the health issues, much of the meat is now discarded into the ocean, as the underwater graveyards discovered by Sea Shepherd in 2010 and 2011 have shown. The grind is not a source of food. It is a despicable ritual blood sport.

On July 31, the EU brought economic sanctions against the Faroese. Not for killing dolphins, but because the Faroese government unilaterally tripled the existing quota for herring earlier this year. That quota had been agreed with the EU and Norway. A committee of member state representatives voted to back the European Commission's proposal to impose sanctions on the Faroe Islands for overfishing of Atlanto-Scandian herring.

These fishery criminals of Europe might still have to face litigation for the bloody grind as well. Denmark, of which the Faroe Islands are a protectorate, is in violation of three conventions it has signed whereby it vowed to do everything within its capacity to protect Pilot whales—the Bern Convention, Bonn Convention and ASCOBANS. As a result, Sea Shepherd France is bringing the matter to the European Commission in order to compel Denmark to enforce the obligations contained in these conventions and act to uphold the principles outlined therein.

The Faeroes economy depends in large part on fish exports. If you are upset by the grinds, consider not buying their products and urging your supermarkets and governments not to import them.

To contact the Danish Foreign Ministry directly with your complaints, call overseas at 011 45 33 92 0000 or send an e-mail to [email protected]