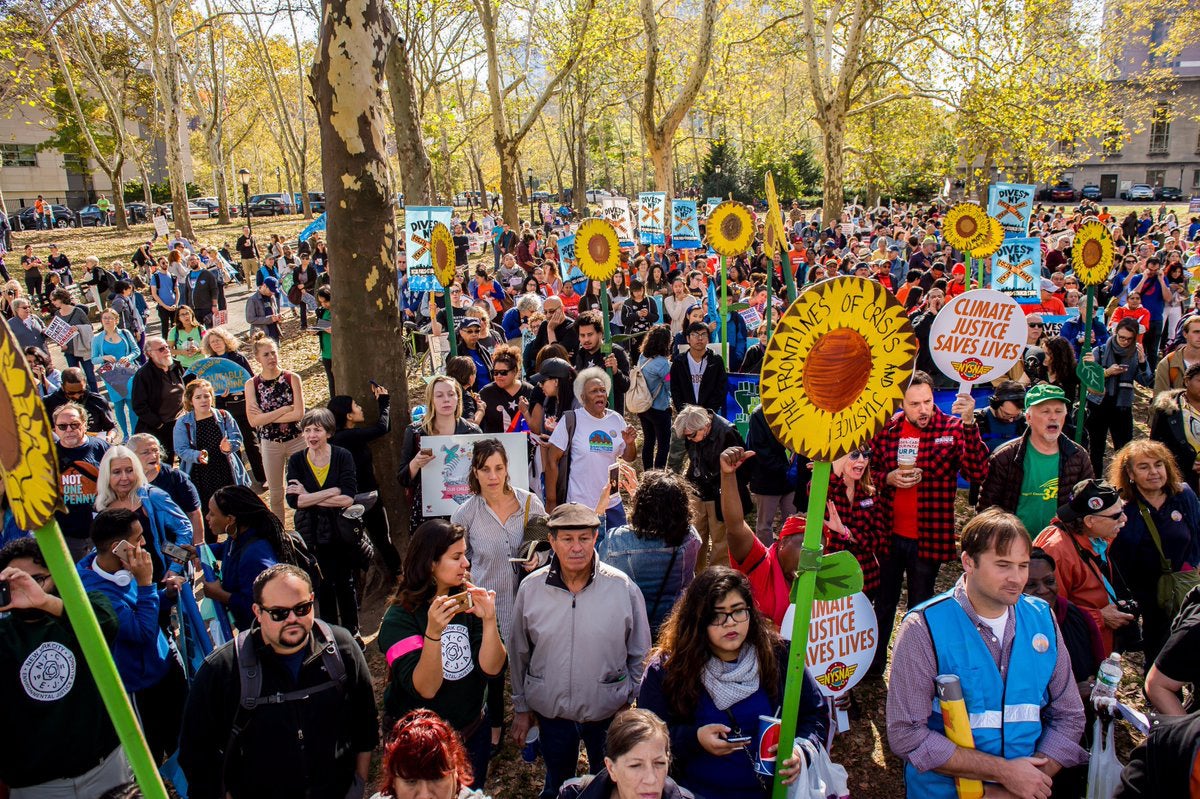 Five years ago Sunday, Hurricane Sandy slammed into the Northeast U.S., killing dozens of people and swamping parts of New York City under as much as 9 feet of water. The storm caused more than $70 billion in damage.

Saturday, a broad coalition of local, state, national and global organizations marched across the Brooklyn Bridge to commemorate the 5th anniversary of Superstorm Sandy and demand bold powerful action from state and local officials.

A recent study predicts that catastrophic flooding in New York City, similar to destruction from Sandy, will become far more common in the coming decades.