Annie Leonard: My Take on the State of the Union 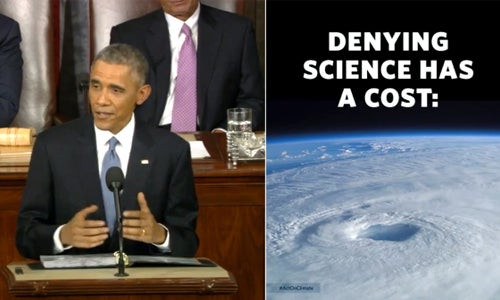 As a lifetime advocate for the planet, I look to the State of the Union address for signals about how the President will act in the coming year. This time, as ever, I listened keenly for good news on how we’ll work together against climate change, keep our oceans clean, prevent toxic pollution and preserve the incredible landscapes we are blessed with. But my biggest highs and lows from President Obama’s speech didn’t come from counting the number of times he mentioned carbon. 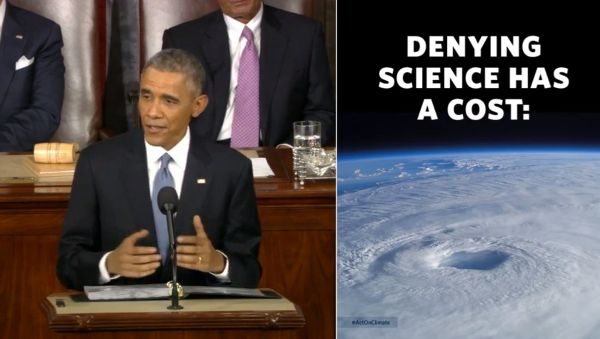 There’s no question that we’ve come a long way with a President who will not only acknowledge climate change in his State of the Union address, but also commits to take action to prevent it. Photo credit: WhiteHouse.gov

I’ve been thinking a lot lately about what the movement needs to win—and by winning I mean creating a healthy, sustainable and just future for everyone. To win we need to connect with each other. We need to show up as engaged citizens. And we need to be heard. Today’s State of the Union speech gave me a little more hope for each of these.

The President voiced clear support for “a free and open internet extend(ing) its reach to every classroom, and every community.” This platform for free speech is essential for people to connect across continents and neighborhoods; to amplify the voices of people impacted by environmental degradation, and to help communities take action to defend against the corporate pillage of their land, air and water.

As a single mom, the President’s words on childcare spoke to me personally, and it makes me happy that many people will benefit from his promise to make “quality childcare more available and more affordable, for every middle-class and low-income family with young children in America.” I’m hopeful that in a small but meaningful way, this will also allow more parents an extra moment in their busy lives to engage in all sorts of ways to help secure a clean and healthy future for all our kids. Because it’s not just those who chain themselves to coal-fired power plants that are making a difference (though of course we need them); it’s the people who make sandwiches for the protesters, or drive the carpool, or call the local council too.

I mentioned that we need to be heard, in order to win. This is easier said than done. The President called out the corporate lobbyists and the “super-rich,” whose tax-break fuelled coffers have bought the ear of Congress. It’s refreshing to hear such inequality and political corruption recognized by a politician, but we need to go further in order to make sure “we the people” have a fair say in the decisions that govern our lives, our country and our future. Citizens United (a Supreme Court ruling which allows unlimited political spending by wealthy individuals and corporations) needs to be overturned, so that corporate fortunes can no longer buy the voices and votes of our politicians.

All this doesn’t mean I wasn’t listening intently for specific promises from President Obama on tackling our ever-growing carbon emissions. His recognition that “every three weeks, we bring online as much solar power as we did in all of 2008” is a testament to the clean energy revolution that is happening throughout our country, thanks to support from local communities and Fortune 500 companies alike. There are now twice as many solar jobs as coal mining jobs, and the renewables industry doesn’t show any signs of slowing down. People across America want to see the President lead on climate change and that means championing wind and solar power.

Equally important is the need for President Obama to prioritize a strong commitment from the United States at the Paris climate conference, a definitive rejection of the Keystone XL pipeline and Arctic drilling proposals, and an end to our extraction and export of fossil fuels. Doing so will show that he actually means it when he says that “no challenge poses a greater threat to future generations than climate change.”

There’s no question that we’ve come a long way with a President who will not only acknowledge climate change in his State of the Union address, but also commits to take action to prevent it. While we welcome the opportunity implicit in President Obama’s promises for the coming year, let’s also think about how we can work together to both hold him accountable and be a part of the solutions ourselves. One thing we learned from his first term is that we can’t sit back and expect him to take care of everything; he may be the President, but it’s up to us to be the movement that demands he be a real leader.