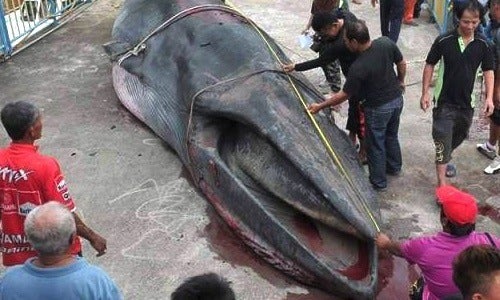 Another whale dead from plastic? A male sei whale was found beached at the mouth of the Sarang Buaya River in Johor, Malaysia earlier this month with marine debris in its stomach. According to one report, local fishermen witnessed the stranded whale shedding tears and groaning as it took its last breaths. Endangered Sei #whale found dead with plastic, […] 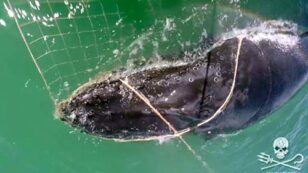 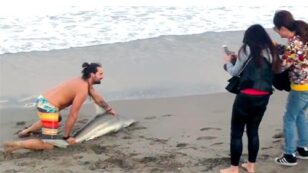 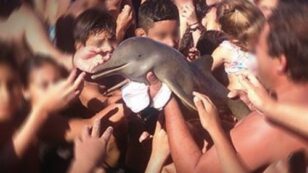 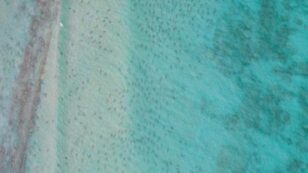 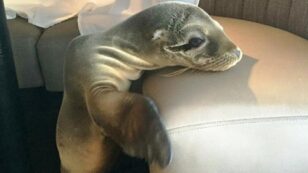 Experts at SeaWorld got an unusual call Thursday morning from the Marine Room, an upscale oceanfront restaurant in La Jolla, California. Rescuers found an 8-month-old female sea lion asleep in a dining booth. “The pup was severely underweight and dehydrated,” The Guardian reported. “The pup was taken to SeaWorld’s animal rescue center, and experts are cautiously optimistic […] 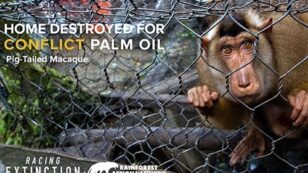 On the heels of the recent release of the highly acclaimed major film Racing Extinction that dramatically exposes the hidden world of the global extinction crisis, the team behind this groundbreaking project has released a new short video highlighting the critical importance of protecting one of the world’s most high priority landscapes for conservation, the extraordinary […] 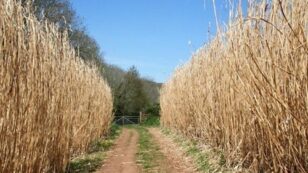 In tomorrow’s world, it won’t be just the corn on the great American plains that is as high as an elephant’s eye. It will be the elephant grass as well. To deliver on U.S. promises to reduce fossil fuel use, American motorists in future will drive on miscanthus—as elephant grass is also known—and prairie switchgrass. […] 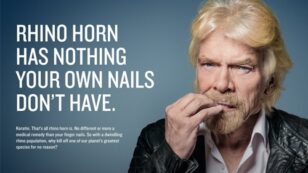 By Richard Branson, Virgin.com In recent years, few species have faced a greater threat from poaching and the illegal wildlife trade than the magnificent rhino. After wild populations in Africa enjoyed a few years of relative safety, the number of animals brutally murdered for their horns has increased dramatically lately. In 2014, more than 1,200 […] 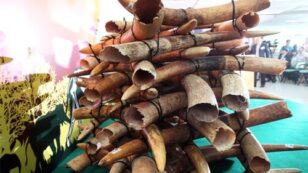 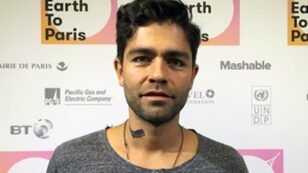 Actor, filmmaker and social advocate Adrian Grenier is best known for his role as the leading man in the HBO series and movie Entourage. By Grenier’s own account, the “show promotes a culture of conspicuous consumerism” with Hollywood’s elite purchasing cars, homes and big ticket luxury items in nearly every episode. However, Grenier’s new “entourage,” his […] 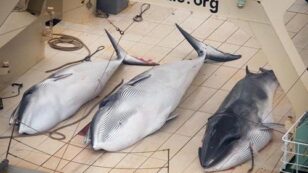 Environmental activist group Sea Shepherd warned Japan against resuming “research” whaling in the Antarctic in defiance of an international court of justice ruling that it cease the practice and called on the Australian government to intervene. After a decade of activism by Sea Shepherd and other groups, Japan was forced to abandon its 2014-15 Southern […] 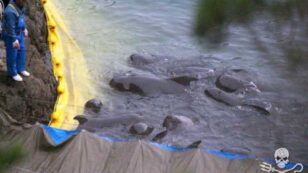 Sea Shepherd Conservation Society’s Cove Guardian volunteers have captured extremely disturbing video of the horrific tethering and drowning of a pilot whale by hunters in Taiji’s infamous cove and the organization’s supporters are reacting with outrage on social media. The graphically violent video, which thus far has been viewed more than 250,000 times on Facebook, […]