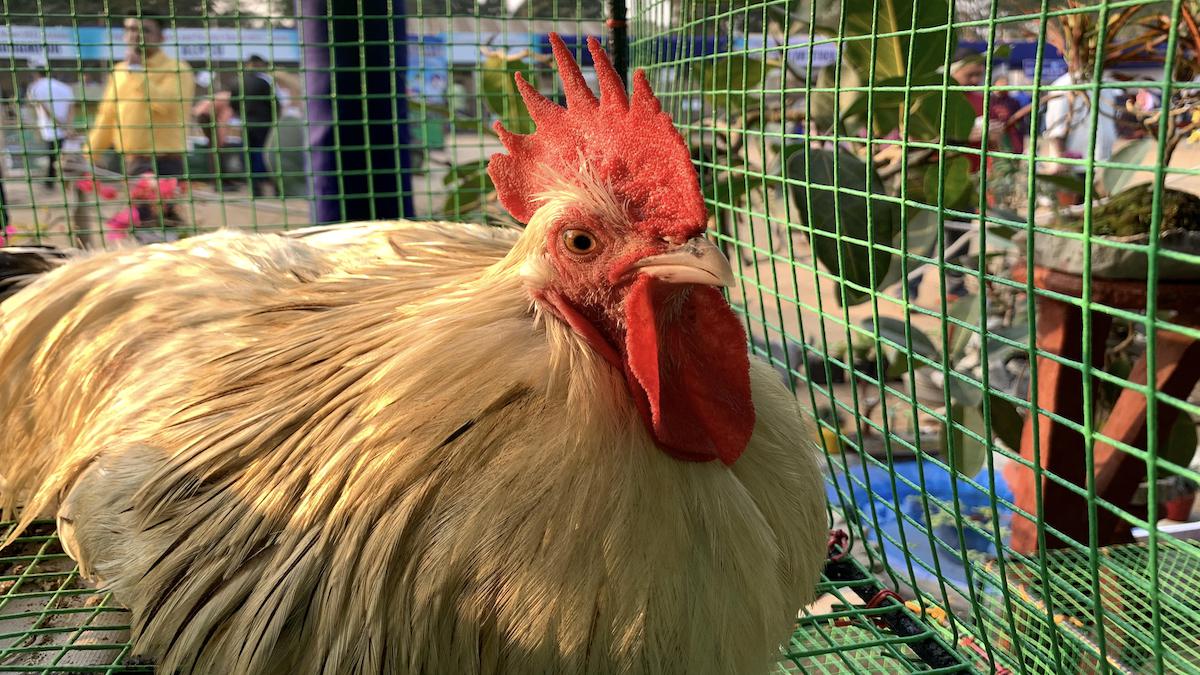 One popular way to give to charity during the holiday season is to buy a needy family an animal like a goat or a cow.

But experts and animal welfare advocates argue that this kind of giving actually is not helpful for the recipients or the planet.

“In the lead-up to Christmas, many people are feeling generous and want to help those less fortunate than themselves,” Dr. Jane Goodall said in a video statement about this issue. “There are a number of organizations that have launched campaigns, suggesting that one way to help those suffering poverty and hunger is to gift them an animal, such as a heifer. As a result, farm animals are purchased in great numbers by generous donors. Unfortunately, this can result in unintended consequences.”

Goodall has joined forces with the Animal Save Movement and In Defense of Animals’ Interfaith Vegan Coalition to call for an end to this form of charitable giving and to urge development nonprofits to switch to plant-based projects instead. The campaign, Stop Animal Gifting, is supported by open letters from scientists and religious leaders, as well as a petition with more than 6,000 supporters.

So what is wrong with animal gifting? Charities like Oxfam or Heifer International argue that gifting a family an animal can help pull them out of poverty or prevent malnutrition. However, the new campaign says that new livestock can put additional burdens on families and the environment that nourishes them.

“In Ethiopia, over 60% of their population is considered hungry or starving, and yet they have 50 million cattle in that country (one of the largest herds in the world), unnecessarily consuming their food, land, and water,” Dr. Richard Oppenlander said on the campaign website. “More than 2/3 of Ethiopia’s topsoil has been lost due to raising cattle. Many countries elsewhere in Africa and in the Amazonian region that suffer from hunger raise cattle inefficiently at the expense of their soil, localized climate, and other resources while producing a fraction of the food they could if converting to plant based foods.”

Adding animals to a community can also increase the risk of pandemics. For example, Heifer International has partnered with slaughterhouse giant Cargill on a project called “Hatching Hope,” which aims to create 60 million backyard chicken operations in India by 2030. However, tribal communities in the region have reported a rise in bird flu outbreaks as a result of this gift, the petition pointed out.

Finally, more animal agriculture means more methane emissions at a time when humans need to urgently reduce the amount of greenhouse gases in the atmosphere to resolve the climate crisis, the letter from scientists pointed out. Peer reviewed studies have shown that, if meat consumption continues at current rates, agriculture will gobble up the entire planet’s carbon budget by 2050.

“Shifting development aid away from animal gifting projects, which expand animal agriculture and accelerate the climate crisis, and towards sustainable and nutritious plant based-food systems will provide opportunities to reduce greenhouse gas emissions, halt deforestation, free up land for rewilding and reforestation, and improve public health, biodiversity and air quality,” the scientists wrote.

The campaign calls on charities like Oxfam, World Vision, Heifer International and Cargill’s “Hatching Hope” project, Christian Aid, Save the Children, Plan Canada, Lutheran World Relief, Feed the Children, Tearfund and others to:

“There has been increased demand for sustainable gifts this year — with shoppers willing to pay more for something that is sustainable. The Stop Animal Gifting campaign hopes to redirect well-meaning donations towards true, sustainable development comprising plant-based food projects,” Animal Save Movement Executive Director Anita Krajnc said in a statement emailed to EcoWatch.