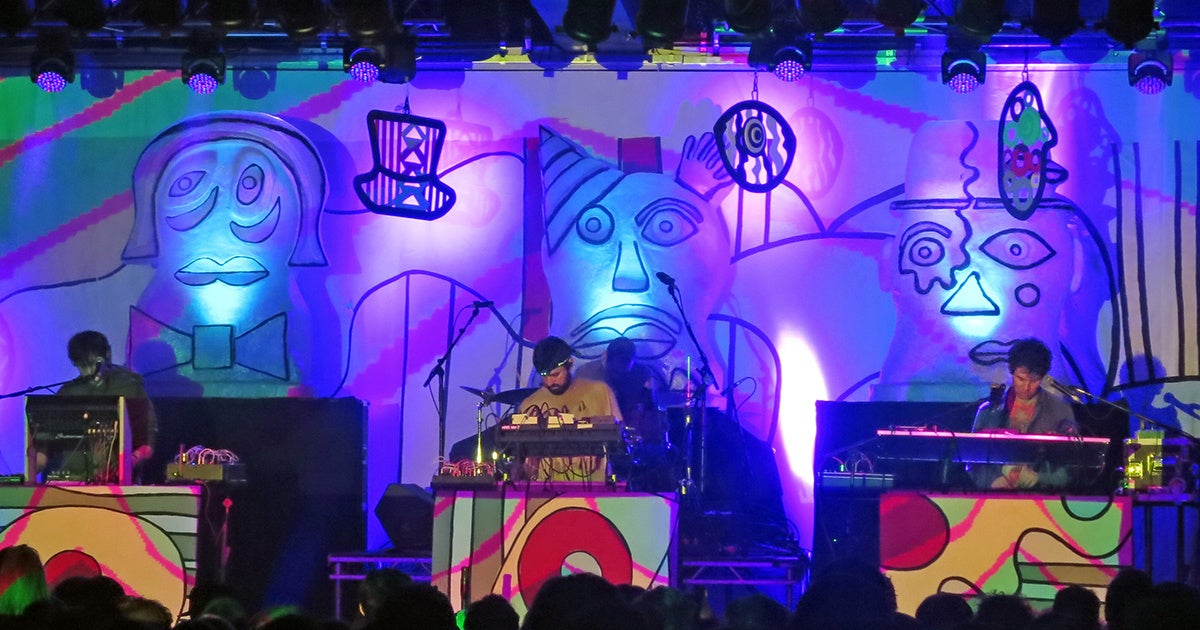 Animal Collective performing at The Concord in Chicago on Feb. 2, 2016. swinfinfan / CC BY 2.0

In a way, you could consider coral reefs the rainforests of the oceans—dense, mysterious and full of life.

Covering less than two percent of the ocean floor, they are home to a quarter of all marine species. But unlike rainforests, a longtime conservation focus, corals have received relatively little attention. The alien-looking seascapes have captivated explorers, divers and others privileged enough to visit, but remained largely out of sight for most people. 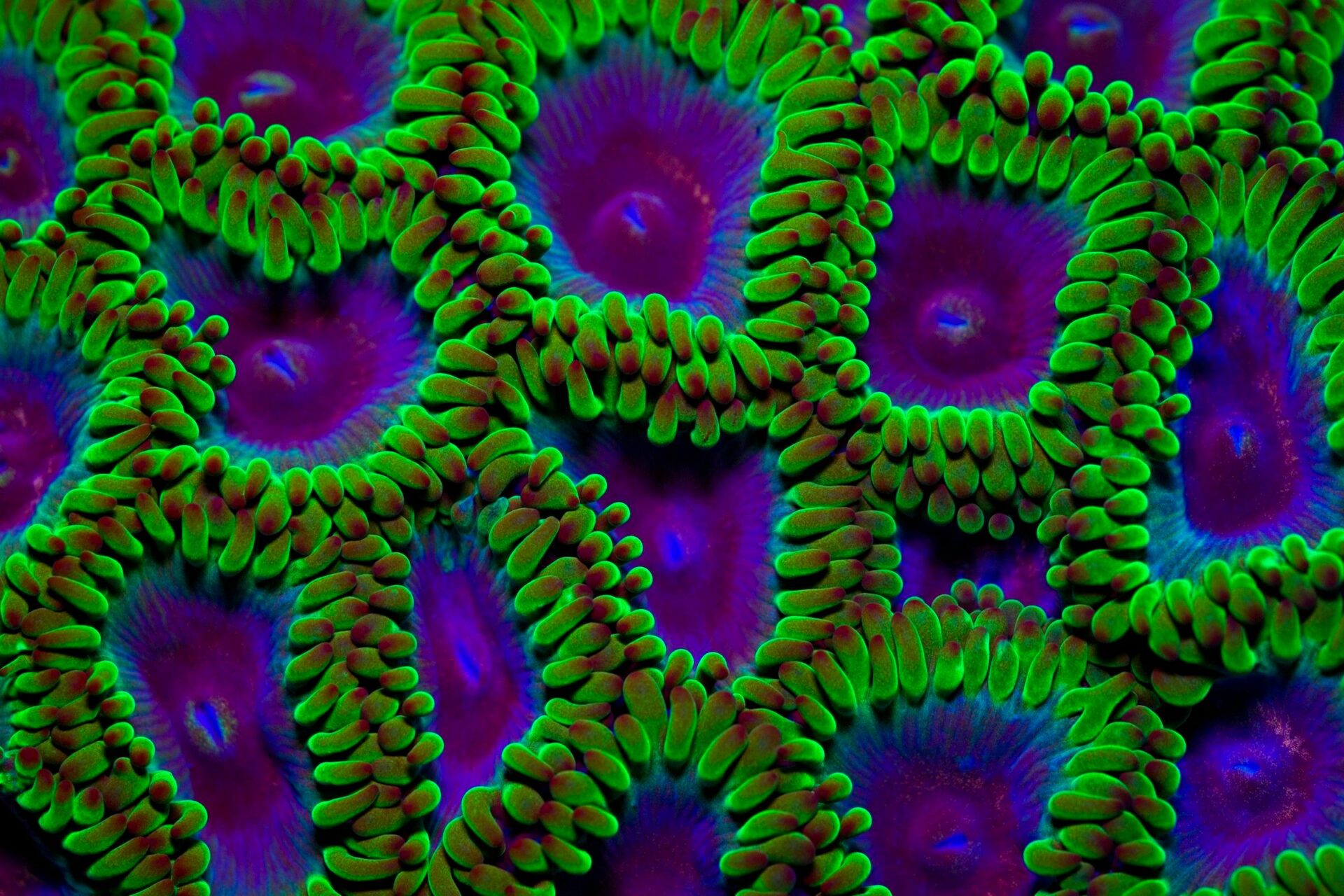 That environment of the unknown—and protecting it—was the motivation for Animal Collective’s latest album and video, Tangerine Reef. The album was created to coincide with International Year of the Reef, said Brian Weitz (geologist), who performs synths, samples and electronic effects for the band.In keeping with the band’s name, the members of Animal Collective all care about nature and the environment, Weitz said. And enigmatic, bizarre-looking corals made a natural partner to Animal Collective’s sound.

“We want our music to be a little bit mysterious and a little abstract to allow people to have their own interactions with it—and not guide them too strongly on how they should be interacting with it,” Weitz said. “I believe that about art in general.”

The video for Tangerine Reef shows corals moving 10 times their natural speed, making them seem otherworldly but humanlike. Slimy appendages wriggle and feed neon, tessellating mouths. At times, they seem to smile. At other times, the images drift into patterns and abstraction.

There is still a lot we don’t know about corals: Scientists weren’t sure how they reproduced until 1981 and researchers are still learning the details about how they live, grow and respond to environmental stresses.

Globally, corals are threatened by warming waters and ocean acidification, twin effects of carbon emissions and climate change. They are also under attack by localized threats like overfishing, invasive species and pollution.

Weitz, an avid scuba diver with two degrees from Columbia University—a bachelor’s in environmental biology and a master’s in environmental science and policy—said the band created Tangerine Reef to inspire appreciation of corals. Still, you’d be hard pressed to find a clear message or call to action. Their primary objective is still to entertain.

“We’ve definitely struggled with when, as a band, we want to come out and say something political,” Weitz said. “We’re not getting too ‘Bono’ about it,” he joked, referring to the outspoken U2 singer.

Tangerine Reef was produced in tandem with Coral Morphologic, a Miami-based art-science duo on a mission to grow, document and protect corals. Biologist Colin Foord and musician J.D. McKay raise individual specimens in their lab and sell them to hobbyists around the country. They also pioneered a filming technique that brings out the best in corals’ movements and fluorescent patterns. Their work has been presented in museums, featured in publications such as National Geographic—even projected on buildings in downtown Miami.

One of the group’s primary goals is to make corals more relatable. 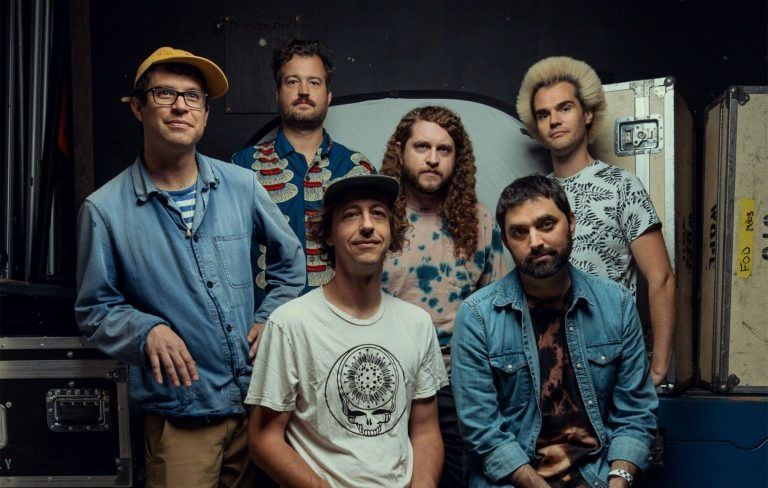 The band Animal Collective produced “Tangerine Reef” in tandem with Coral Morphologic, a Miami-based art-science duo on a mission to grow, document and protect corals around the world. Animal Collective / David Lynch Festival of Disruption

“The icons of conservation are panda bears,” Foord said. “They’re cute and cuddly. Coral doesn’t have a brain, it doesn’t have eyes. It lives on a 700-year timespan, compared to humans’ 70-year timespan. When you speed them up ten times, you’re bringing them to a time frame we can empathize with.”

Land-dwelling species such as snakes, lions and buffalo feature prominently in human myths, traditional stories that often attempt to explain natural phenomena. Foord thinks corals may get a more prominent role in such stories now that technology makes them visible.

“They are kind of future mythologists, showing us what we need to understand in order to adapt and be more resilient in the future,” Foord said. “The slogan of coral today, as it has been for half a billion years, is ‘adapt or die.’ You’re cemented in place. If it gets too hot or too polluted, you can’t just swim away.”

Likewise, he said, humans can’t just pick up and leave a warming, changing planet. We must reckon with global conditions we have a hand in creating.

Both Foord and Weitz began environmental careers before switching to arts. When talking to Weitz, it becomes clear that he feels a little guilty about leaving that work behind. For him, the excitement of making and performing music was too intriguing to pass up.

“You create something and then you put it out there in the world. You interact with fans at live shows,” Weitz said. “The give and take of positive energy is really tangible and it happens in a really short timeframe.” 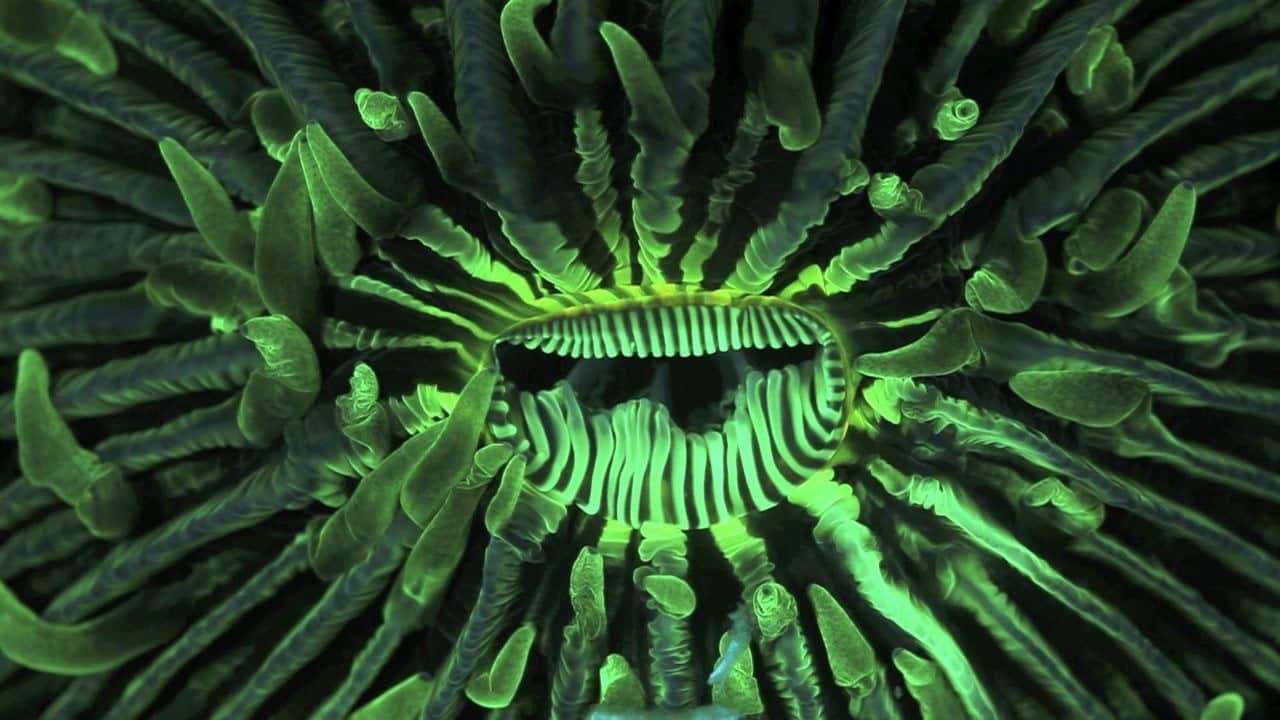 “Coral doesn’t have a brain, it doesn’t have eyes. It lives on a 700-year timespan, compared to humans’ 70-year timespan. When you speed them up ten times, you’re bringing them to a time frame we can empathize with.” Animal Collective

Psychedelic qualities of animals, including corals, play a role in many of Animal Collective’s songs and albums. Samples from nature, whether the songs of marine mammals or sounds from a Brazilian rainforest, are distorted to the point where it’s not clear exactly what the listener is hearing. Weitz hopes the results are as captivating as coral reefs are to him when he’s scuba diving.

“That’s our main goal. Just a sense of awe and inspiration,” Weitz said.

It’s up to individuals themselves take the next step of caring about the animals and what happens to them, he said.

“Avey Tare’s voice often sounds very mournful, and it’s mourning the loss of something but we don’t see that loss depicted in the images,” Heise said. “There is an odd tension between the beauty of the images and the desolation and melancholy that is obvious in quite a few of the tracks on the album.”