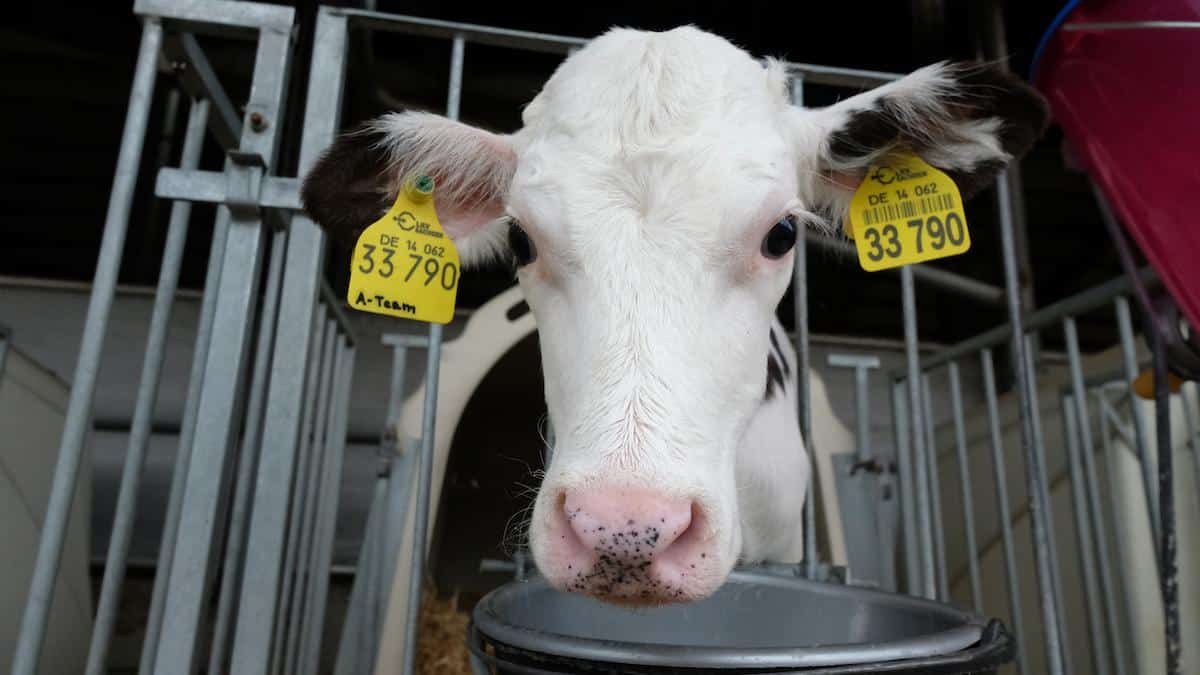 Global food production accounts for more than a third of all greenhouse gas emissions, with meat and dairy responsible for twice as much planet-heating carbon pollution as plant-based foods, according to the results of a major study published Monday.

According to research published in Nature Food, 35% of all global greenhouse gas emissions are attributable to food production, “of which 57% corresponds to the production of animal-based food,” including livestock feed.

“The global population has quadrupled over the last century,” the study notes. “Demographic growth and associated economic growth have increased global food demand and caused dietary changes, such as eating more animal-based products. The United Nations projects that food production from plants and animals will need to increase 70% by 2050, compared to 2009, to meet increasing food demand.”

Beef production — which according to the study contributes 25% of all food-based greenhouse gas emissions — is by far the biggest culprit, followed by cow’s milk, pork, and chicken. Among plant-based foods, rice production is responsible for 12% of food-based emissions.

The publication notes that the provision of adequate grazing land and food for livestock fuels deforestation, while the animals also produce tremendous quantities of methane, a greenhouse gas found to be up to 87 times more potent than carbon dioxide over a 20-year period.

“To produce more meat you need to feed the animals more, which then generates more emissions,” University of Illinois researcher and study lead author Xiaoming Xu told The Guardian. “You need more biomass to feed animals in order to get the same amount of calories. It isn’t very efficient.”

The paper notes that while it only takes 2.5 kilograms of greenhouse gas emissions to produce one kilogram of wheat, producing the same quantity of beef emits 70 kilograms of emissions.

“I’m a strict vegetarian and part of the motivation for this study was to find out my own carbon footprint, but it’s not our intention to force people to change their diets,” study co-author Atul Jain told The Guardian. “A lot of this comes down to personal choice. You can’t just impose your views on others. But if people are concerned about climate change, they should seriously consider changing their dietary habits.”

Jain added that “this study shows the entire cycle of the food production system, and policymakers may want to use the results to think about how to control greenhouse gas emissions.”

The new study’s findings closely mirror those of separate research published last week by Friends of the Earth Europe, its German arm Bund für Umwelt und Naturschutz, and the Berlin-based Heinrich-Böll-Stiftung, which concluded that worldwide food production accounts for up to 37% of global greenhouse gas emissions, with animal agriculture responsible for more than half of that amount.

Noting that “industrialized meat and dairy production are killing the planet, poisoning rural communities, and hurting independent farmers,” the Center for Biological Diversity (CBD) said Monday that the Farm System Reform Act — legislation reintroduced in July by Sen. Cory Booker (D-N.J.) and Rep. Ro Khanna (D-Calif.) — “would end some of the worst practices and begin building a just food system for people and the planet.”

“Meat and dairy production in the United States is based on heavily subsidized factory farming — a leading contributor to climate change, pollution, pesticide use, biodiversity loss, wildlife killings, and worker exploitation,” CBD explains in a petition supporting the proposed legislation, which is endorsed by more than 300 diverse advocacy groups. “This broken system is the result of the unequal power that multinational meat corporations wield over federal farm policy.”

Reposed with permission from Common Dreams.