Angry Birds Mobilizes Millions to Save Endangered Species and #ActOnClimate 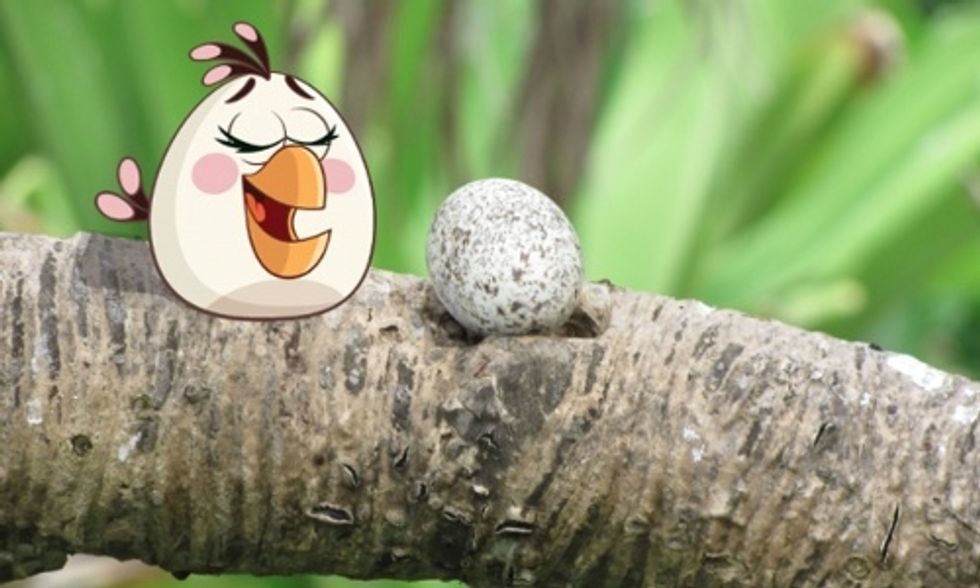 Finnish company Rovio, which makes the hugely popular game app Angry Birds, isn't content to sit back and rest on its laurels. It's using the clout gained through its more than 2 billion downloads of Angry Birds editions to go to bat for real-life birds, whose existence in the Cook Islands of the Pacific South Seas is jeopardized by non-native predators.

"The birds of the Pacific are seriously angry because predators have invaded their islands and are eating all their eggs," says the company.

Angry Birds is headed to the South Seas islands to protect the eggs of endangered bird species against predators. Image credit: Rovio

In response, Angry Birds has partnered with conservation nonprofit BirdLife International and crowdfunding site kriticalmass to raise money and awareness about the blight of these endangered species. Its new Angry Birds Season Tropigal Paradise educates users about these birds and how they can help them. The campaign hopes to raise $150,000 to fund the on-the-ground work of BirdLife in restoring these islands as safe habitats for the birds.

"Animals such as rats scuttled onto the land from the boats of people who were visiting, where they thrived on the local plants and animals found there," says the kriticalmass campaign. "The introduction of these new predators changed the delicate ecological balance on the islands and drove many beautiful species to extinction. Since people arrived, half of all the original bird species are now extinct—never to be seen again. This tragedy continues with 45 species on the brink of extinction today. The non-native predators also cause major problems for the people of the islands—eating their food and transmitting diseases. Just like in the game, these real-life angry birds and the community they live in need our help to defeat the predators before it’s too late."

With the money raised by the campaign, BirdLife is headed to the French Polynesian islands of Kamaka and Manui. There it will use the funds to hire boats, bait-spreading helicopters and expert staff to implement the removal of the invasive predators and put in place monitoring systems to prevent their return.

This isn't the first time Angry Birds has used its vast network of gamers to raise awareness about environmental issues. Last November, it ran a competition called "Roll With the Pangolins," to call attention to the plight of this Indonesian scaly anteater which has been poached to near extinction. The contest's spokesperson was England's Prince William, president of partnering organization United for Wildlife.

And last month at Global Citizen 2015 Earth Day at the National Mall in Washington DC, it announced its "Champions for Earth" experience, which will be integrated into the game in September to coincide with UN General Assembly events in New York. It's working in partnership with Earth Day Network.

“For years, many of our games have supported initiatives regarding earth sustainability, climate change and preservation," said Rovio creative director Patrick Liu. "It is a real privilege to work with Earth Day Network on an Angry Birds gaming experience to raise awareness of climate change. It’s a cause that really matters to us both and to Angry Birds fans as well. Stay tuned. This will be fun."