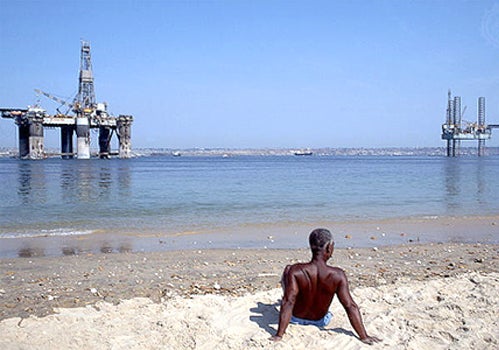 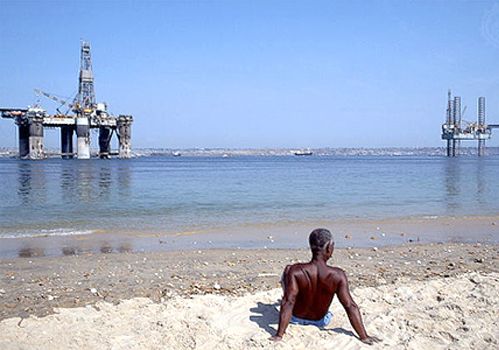 Oil industry destruction of communities in Angola and Louisiana were highlighted on May 7 at a presentation about the Angolan oil industry by Alberto do Carmo Bento Ribeiro, Ambassador of the Republic of Angola to the U.S. “The Ambassador and the U.S. government are putting a friendly face on oil industry operations in Angola,” said Anne Rolfes, founding director of the Louisiana Bucket Brigade, “but we know it’s a masquerade of pollution, economic devastation, corruption and death for people and the environment.”

The goal of the Angolan Minister’s presentation is to attract investors.

One of the most successful exploration companies in Angola, Cobalt International Energy, is being investigated by the Department of Justice for enriching government officials in order to do business.1

Communications from people in Angola report that “most of the fishermen are now out of business and the oil leakages are now affecting in-land rivers next to the coast.” This means that subsistence fishers and the fishing industry in both freshwater and the Atlantic Ocean are impacted.

Angola is the largest producer of oil in sub-Saharan Africa, yet millions of Angolans lack basic necessities. The extreme poverty is staggering: 161 out of every 1,000 Angolan children die before the age of five. Thirty percent of Angolans are illiterate. Fifty-four percent of Angolans live under $1.25/day.3

According to the U.S. government, Transparency International and Human Rights Watch, government corruption and mismanagement are pervasive in Angola. These issues portend a poorly managed oil sector in which a few men make off with the country’s riches.

Attendees at the meeting were urged to be honest about their intentions in Angola and then to transform that behavior. “The least they can do is talk frankly and say, ‘we are seeking profit, to hell with human rights and the local economy,” said Ms. Rolfes.