Anderson Cooper Takes In-Depth Look at 'The King of Coal' 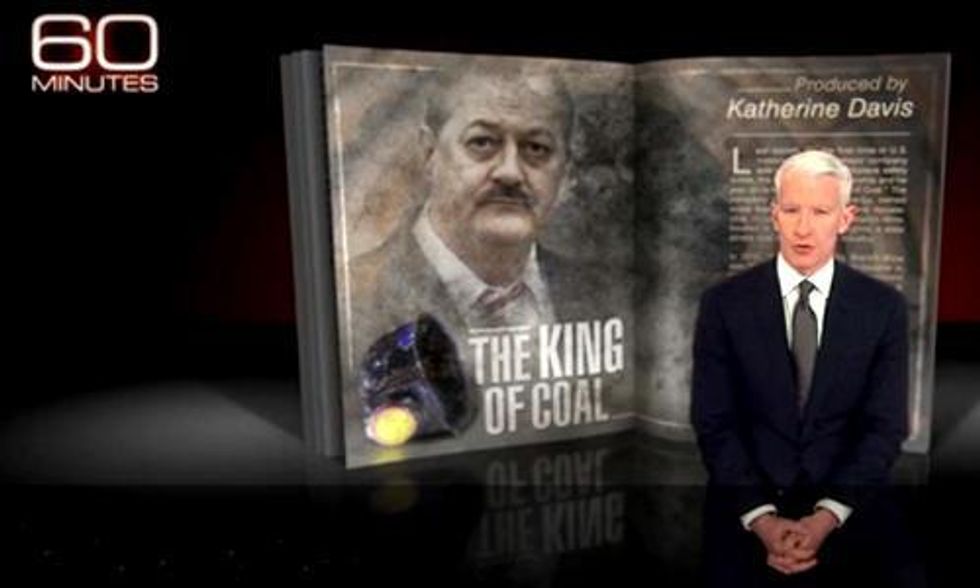 Last night on 60 Minutes, Anderson Cooper did an exposé on former Massey Energy CEO Don Blankenship who is the first person in U.S. history to be convicted of a workplace safety crime.

Cooper began the segment explaining that:

"In December, for the first time in U.S. history, a CEO of a major company was convicted of a workplace safety crime. His name is Don Blankenship and he was once known as the 'King of Coal.' The company he ran, Massey Energy, owned more than 40 mines in central Appalachia, including the Upper Big Branch mine, located in Montcoal, West Virginia, a state where coal is the dominant industry.

"In 2010, the Upper Big Branch Mine was the site of the worst mining disaster in the U.S. in 40 years—the kind of accident that isn't supposed to happen anymore. It was just after 3 o'clock on April 5, when a massive explosion tore through miles of underground tunnels, killing 29 miners. Prosecutors accused Don Blankenship of ignoring mine safety laws and fostering a corporate mentality that allowed the disaster to occur."

According to author and award-winning reporter Jeff Biggers, "The landmark conviction of former Massey Energy CEO and coal baron Don Blankenship on a misdemeanor conspiracy charge to violate mine safety laws is a small, but historic first step in holding mining outlaws accountable for their reckless operations. For the first time in memory for those of us with friends, family, miners and loved ones living amid the toxic fallout of the coal industry, this conviction may only serve as a tiny reckoning of our nation’s complacency with a continual state of violations, but it could begin a new era of justice and reconciliation in the devastated coal mining communities in Appalachia and around the nation."

Cooper interviewed many people throughout the 14-minute segment, including Stanley Stewart, who worked at the Upper Big Branch mine for 15 years; Robert Atkins, a former coal miner, and his wife Shereen, who lost their son Jason in the massive explosion; Gary Quarles, a third-generation coal miner who lost his only child Gary Wayne; and Assistant U.S. Attorney Steve Ruby who led the prosecution against Don Blankenship along with U.S. attorney for West Virginia, Booth Goodwin.