And the Winner is ... for Best Sustainable Food and Farming Documentary 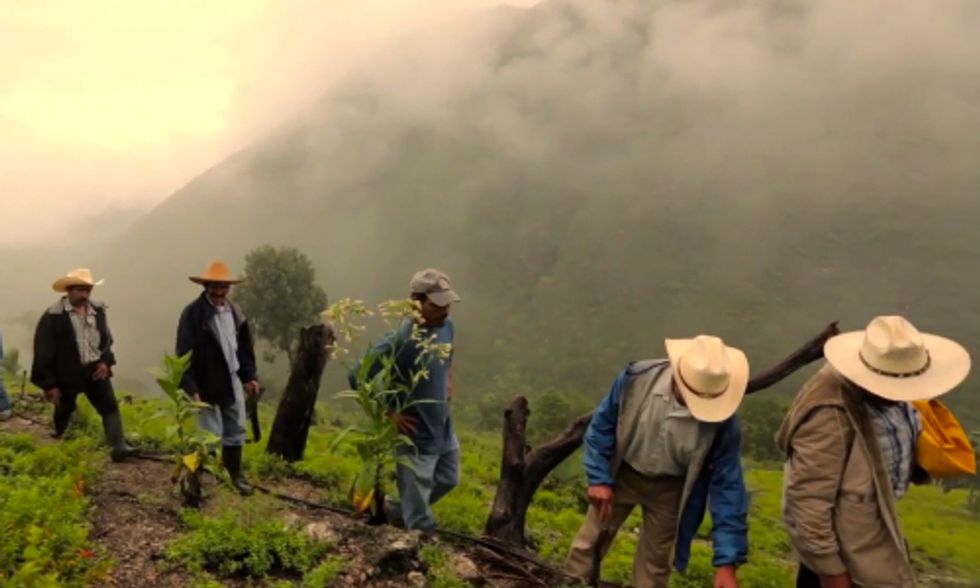 An impressive selection of food and farming stories from across North America took top honors in the first annual Real Food Media Contest, which announced its final five winners on Tuesday.

Cash prizes totaling $10,000 were awarded to the top five short films, chosen from more than 150 submissions.

"The winning films, though diverse in style, perspective and place, share common themes: revival of pride in farming as a way of life, resilience of rural communities and cities growing food sustainably, and renewal of respect for the labor and natural resources at the heart of food production," according to a Real Food Media Contest press release.

The winning films are:

Grand prize: Homeward, by Daniel Klein and Mirra Fine of The Perennial Plate in Minneapolis, MN.

Tired of seeing friends and family leaving their community in Mexico for the U.S. entrepreneurial farmers in Hidalgo created a thriving cooperative, keeping their families together with organic oregano.

As the grand prize winner, Homeward will be screened at the Food & Farm Film Fest in San Francisco, CA next month.

Green Bronx Machine feeds the minds, hearts and stomachs of students in the poorest congressional district in America. Stephen Ritz and his community plant school gardens and harvest organic citizens.

In rural western North Carolina the Greene family runs a small, organic family farm. Fourteen-year old Nathaniel Greene and his siblings are passionate about caring for their pigs, their land and about producing good food.

On a small speck of land off the island of Vancouver, Dan Jason farms seeds. In this poetically-shot short film, Jason shares his vision of the bounty of nature.

A well-known panel of judges representing diverse perspectives on the food system made the selections.

Click here and check out all 10 short films that made it to the first annual Real Food Media Contest finals.