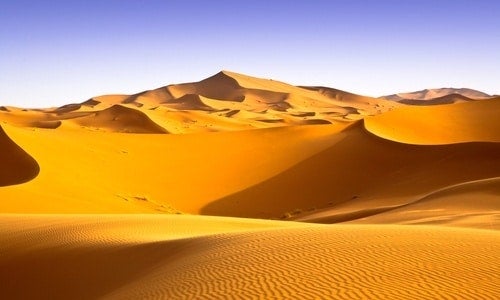 Researchers have discovered the remains of a vast ancient river system that ran through what is known today as the Sahara Desert. The river system was so vast that if it were still flowing today, it would be ranked as the 12th largest drainage basin on Earth, say the researchers in their report published in Nature Communications on Tuesday. 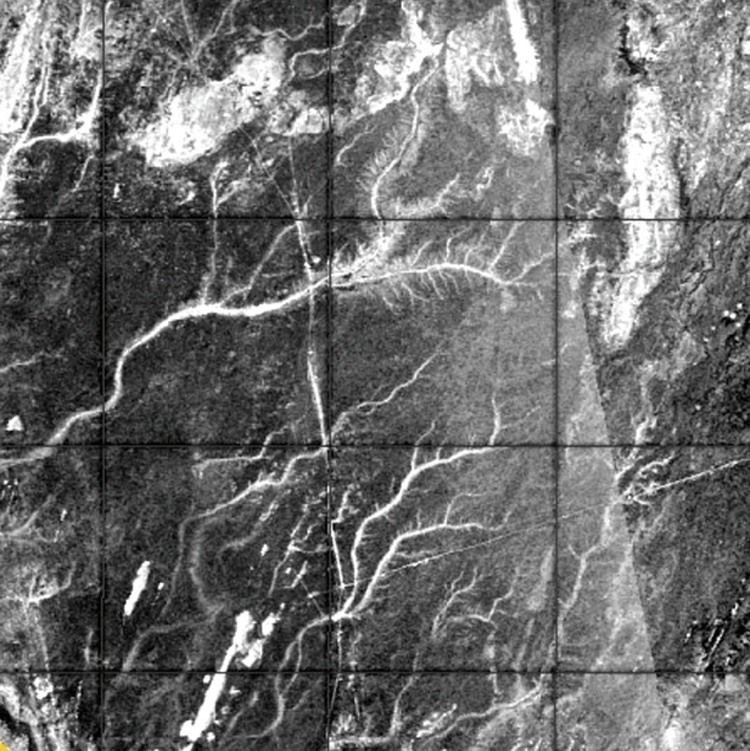 Using radar images taken from a Japanese Earth observation satellite, researchers found ancient river beds running from the middle of the Sahara to the Mauritanian coast in West Africa, which appear to have originated in the Atlas Mountains to the north and Hoggar Mountains to the east.

This isn’t the first time someone has suggested the Sahara was once “wet and humid” and, in fact, teeming with life. In 1957, an expedition led by French ethnologist Henri Lhote turned up cave paintings of giraffes and elephants. Since then, scientists have postulated that the Sahara has alternated between wet and dry periods during the last 300,000 years. As late as 7,000 years ago, “cattle, sheep and goats roamed over green savanna,” says Livescience. 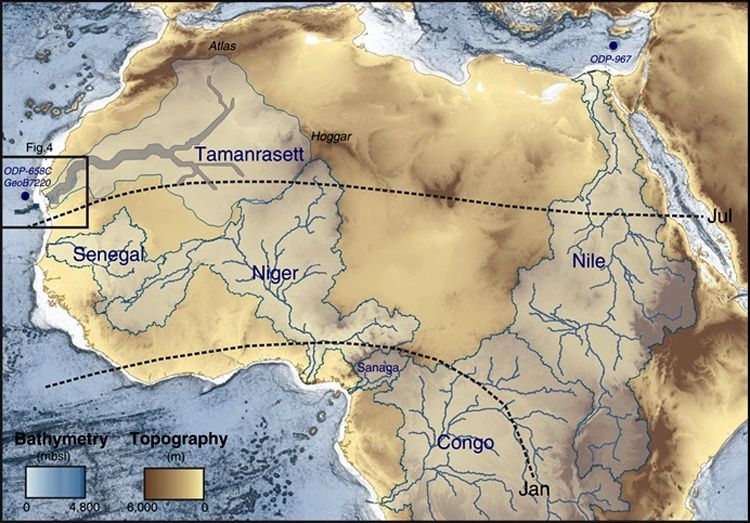 This map shows the present-day river networks of northern and central Africa, along with the ancient Tamanrasett River. Photo credit: Skonieczny et al.

IFLScience explains how we now know that water once flowed through this extremely arid climate:

The possibility that a river system once existed in the region was first hinted at around a decade ago, following the discovery of fine river sediment and a deep underwater canyon carved into the continental shelf off the coast of Mauritania. However, direct evidence needed to confirm this was lacking. This time around, the scientists used orbital radar satellite imagery, which allowed them to take images of the geology of the Sahara meters below the sandy surface using microwaves. From this data, the scientists could see the ancient riverbeds of the waterway, which incredibly matched up with the canyon off the coast.

It’s estimated that the river has been periodically flowing during what are called the African humid periods (AHPs), the last of which ended around 5,000 years ago when the lush, wet and humid Sahara which teemed with animals and life, turned into the dry, dusty place we know today. These switches between the wet and dry periods are estimated to occur every 20,000 years or so, as the Earth wobbles on its axis. Whether or not the ancient river beneath the desert will flow again during the next AHP is difficult to determine, however, as climate change is currently disrupting weather patterns, and making things harder to predict.

Russell Wynn at the National Oceanography Center in the UK was among the researchers who found evidence of an ancient river system more than a decade ago. He was not involved in this study, but he told the Guardian, “It’s a great geological detective story and it confirms more directly what we had expected. This is more compelling evidence that in the past there was a very big river system feeding into this canyon,” said Wynn. “It tells us that as recently as 5,000 to 6,000 years ago, the Sahara desert was a very vibrant, active river system.”

Today, the Sahelian zone south of the Sahara Desert is under threat from desertification. Nearly 75 percent of Africa’s drylands are degraded “with fast-growing populations trying to eke out a living by farming or grazing herds on ever less productive land,” says Janet Larsen of the Earth Policy Institute. “Desertification is particularly acute in Burkina Faso, Chad and Niger, as well as in Nigeria, Africa’s most populous country, where an estimated 868,000 acres are lost to desert each year.”