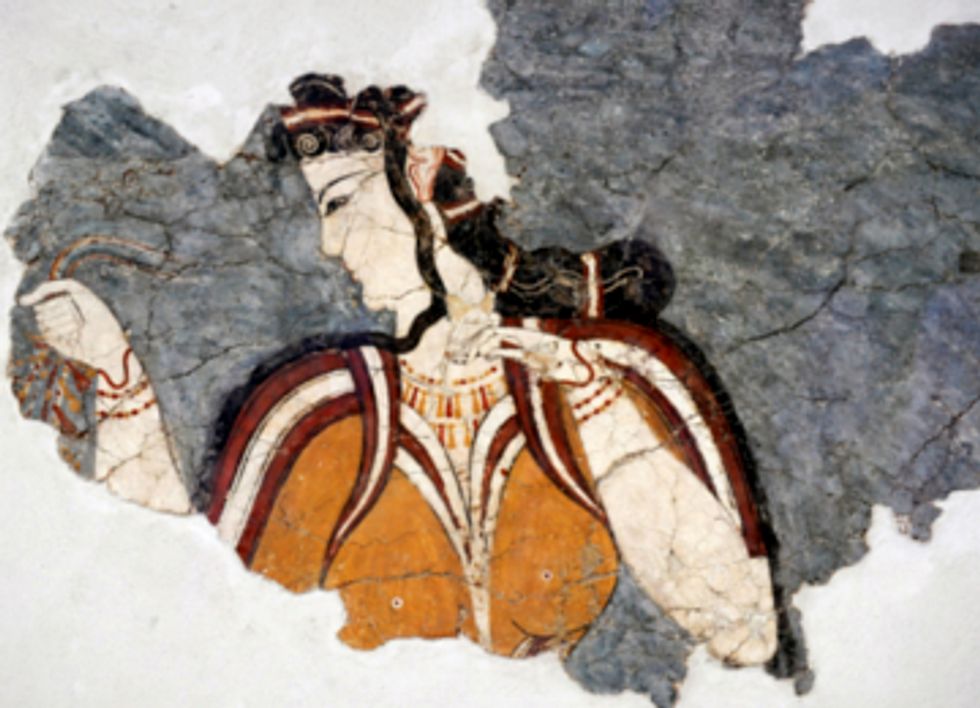 Historians and archaeologists have invoked catastrophic volcanic eruption, a tsunami, invasion, a socioeconomic crisis, new technology and mysterious forces to explain the collapse of late Bronze Age civilization in Europe.

But a team of scientists have another explanation: climate change more than 3,000 years ago altered the course of history and bequeathed to modern Europe an enduring set of myths and museums full of amazing archaeological finds, but very few facts.

The civilization of the Eastern Mediterranean in the thirteenth century BC was real enough. This is the dramatic landscape celebrated by the great poet Homer, and in the earliest Jewish scriptures that now make up the first books of the Bible, and in the ruins of the region.

Powerful kings and autocrats ruled at Mycenae and Tiryns in the Peloponnese of Greece, the Hittites built an empire in Anatolia, in what is now Turkey, great cities flourished in Canaan, in what is now Israel, and there was a fabulous civilisation based at Knossos in Crete.

Ramses II ruled Egypt for 66 years, and engaged in protracted wars with the Sea Peoples, who exist in ancient records but who remain mysterious.

And then, everywhere and in the same few decades, all these empires collapsed and some were all but erased. Researchers reported recently in Nature that after analysis of a series of studies of conflict and violence, they had identified temperature and drought as a factor in all of them.

Their definition of conflict and violence extended from murder and riots in the streets to the fall of civilizations. And, right on cue, Daniel Kaniewski of the Paul Sabatier University in Toulouse, France, and colleagues drive home the climate connection: drought, crop failure and famine accompanied the collapse of the late Bronze Age civilization.

They report in the Public Library of Science journal PLoS One that they examined a long succession of pollen grains in sediments in an ancient, land-locked salt lake in Cyprus, and found evidence of environmental change that drove a crisis everywhere in the ancient world.

The pollens told a story of vegetational succession: of oak forests, marsh plants and reeds, of Mediterranean woodlands, meadows, steppe grasses, agricultural plants and the weeds that spring up alongside them—and then testimony of a 300 year drought almost exactly co-incident with the failure of so many civilization and the emergence of the Age of Iron.

Such a drought would have precipitated famine, poverty and invasion, as desperate people with nothing at all assaulted cities that had increasingly little to protect. The matching of archaeological and environmental data from the Syrian and Cypriot coasts, the researchers say, “offers a first comprehensive insight into how and why things may have happened during this chaotic period.”

It also underlines the "agro-productive sensitivity" (their words) of the ancient Mediterranean societies to climate, and, they say, takes the mystery out of the crisis of the Late Bronze Age.