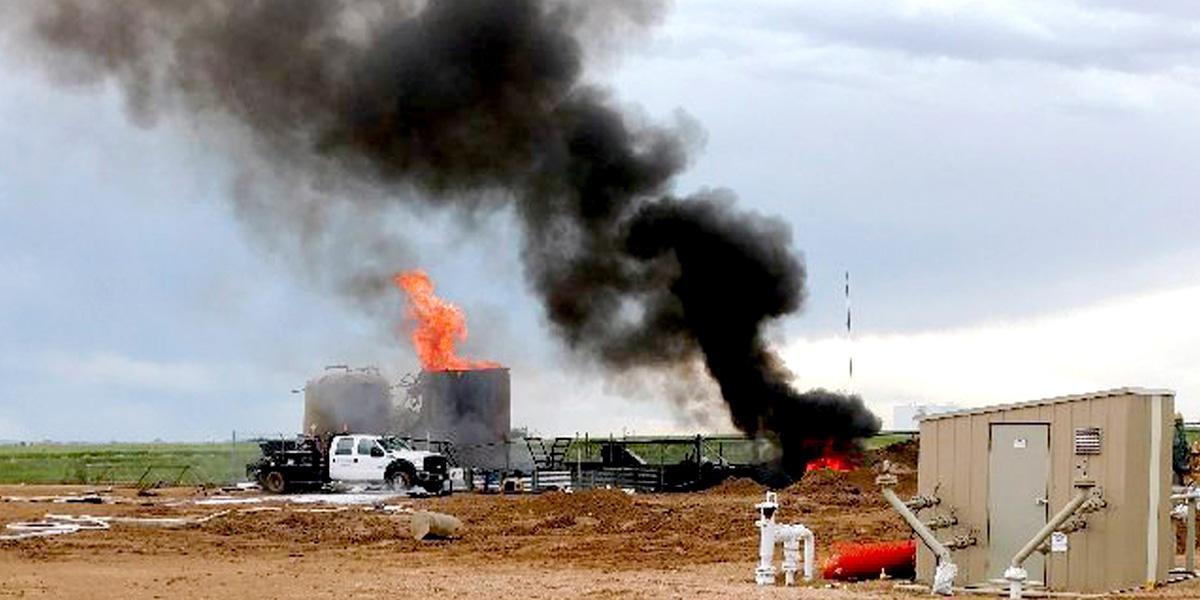 An oil tanker in Mead, Colorado exploded, killing one and injuring three on Thursday. Authorities are continuing to investigate the cause of the explosion.

The death is the third fatality caused by Anadarko’s Colorado operations in just the past six weeks. On April 17, a home explosion in Firestone, Colorado was the result of an Anadarko oil well. In the days that followed, the company closed 3,000 of its wells across the area, disconnecting all one-inch lines and Gov. John Hickenlooper ordered a statewide review of oil and gas operations.

Anadarko announced Thursday that it was permanently closing the well that caused the disaster along with two others in the neighborhood.

The explosion in Mead is approximately four miles from the disaster in Firestone. Our thoughts and prayers are with the families of those killed and injured in yesterday’s disaster. One injury, one life lost, is one too many. Anadarko must immediately shutter all of its operations while state and federal authorities conduct a comprehensive review of its operations.

Anadarko, like so many fossil fuel companies across the country, have proven that it cannot be trusted to put its workers and the communities surrounding operations first, which is why we must expand—not shrink—federal oversight.