3,000 Wells Shut Down in Colorado After Fatal House Explosion 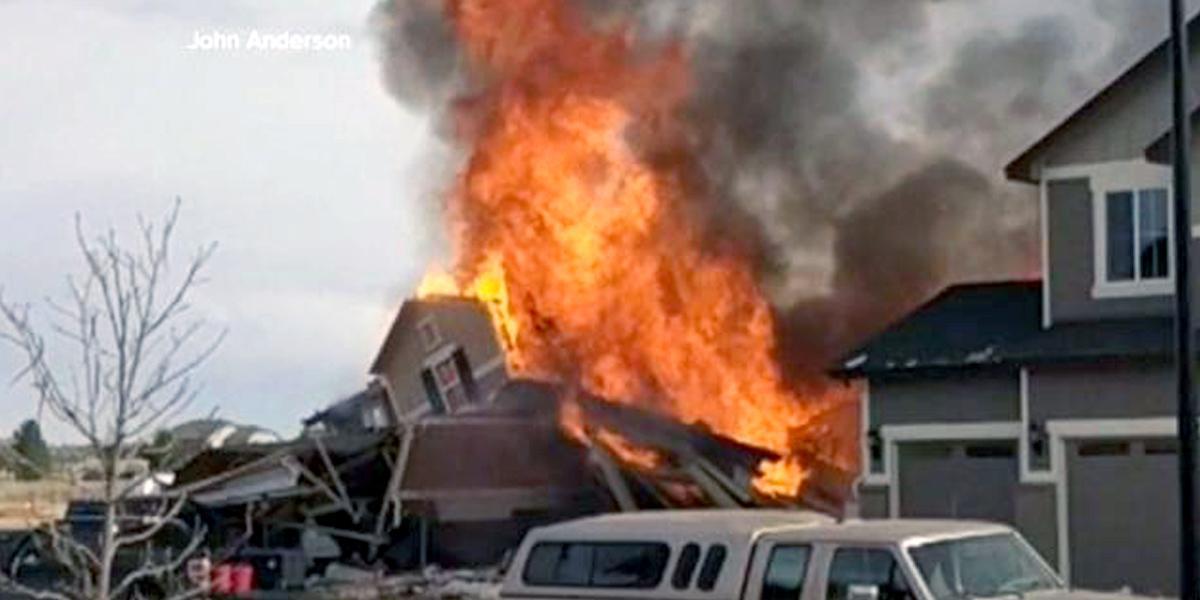 Anadarko Petroleum Corporation is temporarily closing all its vertical wells across northeast Colorado following a massive house explosion and fire in the town of Firestone last week that killed two people.

The Woodlands, Texas-based oil and gas giant said in press release it was shutting more than 3,000 producing vertical wells, which produce about 13,000 barrels of oil per day, “in an abundance of caution.”

Mark Martinez and his brother-in-law Joseph William Irwin III, both 42, were killed in the April 17 explosion. Mark’s wife, Erin Martinez, was injured as well her 11-year-old son. A GoFundMe page is currently raising funds for the family.

In its statement, Anadarko acknowledged that the blast occurred approximately 200 feet from the family’s recently built two-story home on Twilight Ave., where the company operates an older vertical well drilled by a previous operator.

The tragedy has sparked concerns from local anti-fracking activists over the risks of oil and gas production in Colorado and are calling for a statewide emergency moratorium as officials and regulators investigate the cause of the explosion.

The Frederick-Firestone Fire Protection District and the Colorado Oil and Gas Conservation Commission (COGCC) are involved with the investigation.

“While the well in the vicinity is one aspect of the investigation, this is a complex investigation and the origin and cause of the fire have not been determined,” Frederick-Firestone Fire Protection District Chief Theodore Poszywak said.

The Colorado Independent reported on the possible link between the Anadarko-operated gas well and the Firestone house explosion:

A source has told The Independent that personnel and trucks bearing Anadarko’s logo responded soon after the explosion, and that company personnel at and near the scene over the following days came in unmarked vehicles and clothes. They were apparently paying special attention to a feeder line that may have been severed near the home.

News stories after the explosion reported that Irwin, a master plumber, was helping Mark Martinez install a hot water heater, apparently at or near the time of the explosion. The insinuation was that their work may have led to their deaths.

But that narrative sounded immediately curious to those who knew Irwin and his work, and became less plausible when Colorado’s Public Utilities Commission passed the investigation on to the COGCC, which regulates the oil and gas industry.

Anadarko spokesman John Christiansen would not respond to the Independent’s report or questions about the company’s possible involvement.

“Colorado residents must feel safe in their own homes, and I want to be clear that we are committed to understanding all that we can about this tragedy as we work with each investigating agency until causes can be determined.”

In response to the incident, Boulder, Colorado-based climate change activist Xiuhtezcatl Martinez is calling for immediate halt on drilling activity.

“Our thoughts and best wishes go to Martinez and Irwin families, no one should have to lose a family member before their time,” Martinez, who is the youth director of Earth Guardians, told EcoWatch. “We must fight to make sure that Anadarko is held accountable, if its shown their reckless behavior played a part in their deaths, so we can ensure this is the last time a tragedy like this occurs.”

“Unfortunately this is likely the result of a state that has completely failed to protect it’s citizens from the impacts of fracking,” Martinez added. “Based on the explosive danger coming from this industry and the proximity to homes, schools and hospitals we are calling for a statewide emergency moratorium, until it can be demonstrated that fracking can be done safely.”

In March, the Colorado Court of Appeals sided with Martinez and other youth plaintiffs that the Oil and Gas Conservation Act required it to strike a balance between the regulation of oil and gas operations and protecting public health, the environment and wildlife resources.

Martinez said that the appellate court’s decision “clearly states that health and safety must be prioritized with regards to oil and gas industry in the state.”

“Based on that decision and [the Firestone house explosion] it’s clear that all drilling activity should be halted immediately and the danger of fracking should be investigated in full,” Martinez said.

A source pointed out to EcoWatch that “Fractivist” Shane Davis, a biologist who started the fracking resistance in Colorado several years ago, happened to live in Firestone and “literally moved out of the town for this very reason.”

Incidentally, Davis detailed in a January blog post about the dangers of living nearby drilling operations.

One landowner’s decision to lease their minerals to the fracking industry “can place hundreds, if not thousands, of innocent people at risk from the dangers of the fracking industry’s toxic air, groundwater contamination, fugitive emissions, failed equipment, human error, and even a blowout which is the most dangerous to communities that are close by,” Davis wrote on Fractivist.org.

Anadarko said the wells will remain shut in until the company’s field personnel can conduct additional inspections and testing of the associated equipment, such as facilities and underground lines associated with each wellhead. The wells will not be restarted until each has undergone and passed these additional inspections. Anadarko currently anticipates the process will take two to four weeks.