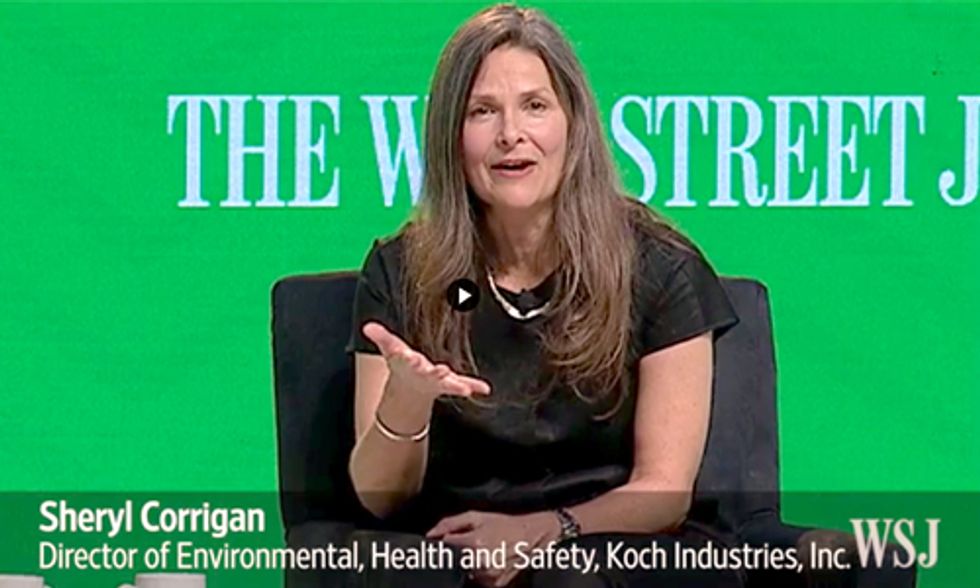 Recently, at a Wall Street Journal forum, I heard from your company’s environmental, health and safety director, Sheryl Corrigan, that you believe that “the climate is changing,” and that “humans have a part in that.”

I wanted to write to welcome you into the not-very-exclusive club that includes the strong majority of Americans, 99+ percent of scientists, nearly all Democratic candidates and a growing number of conservative Republicans, who all believe the same thing. We’re happy to have you!

Sheryl also said, “the real question is … what are we going to do about it?”

I have a few suggestions.

First, make sure that everyone knows where you stand on this important issue. Your voice is an important one, and I hope you’ll speak up if your opinion has truly changed.

Second, a transition is underway across the world away from an energy system powered by expensive and unsustainable fossil fuels and toward one powered fully by abundant, increasingly inexpensive, clean, renewable energy. Clean energy is becoming more affordable and more accessible each day, with the cost of solar panels dropping by 80 percent in the past eight years and wind power expected to double in the next five years. As you know, this is in spite of your own advocacy: You have funded organizations like Americans for Prosperity that have targeted clean energy investments while fighting to preserve tax credits for big oil.

An overwhelming majority of Americans and business leaders support policies that incentivize investment in and development of clean energy. Now that your position on climate change may be shifting, we hope that you’ll join the push toward the clean energy economy and invest in the clean energy sources that increasingly are powering America and the world.

Third, put your money where reality is. You and your brother have spent hundreds of millions backing organizations and political candidates who either deny climate science or oppose nearly every policy that would advance climate solutions. If you want to advance prosperity in a climate-safe world, then please get out of the way and stop funding candidates, lobbying efforts and organizations that deny climate change is happening or that aim to undermine efforts to address the climate crisis. Specifically, the American Legislative Exchange Council (ALEC) has been driving efforts in states across the country to undermine plans to address the climate crisis, including opposing the Clean Power Plan. It’s time to make sure ALEC’s platform is in accord with the reality that you may now recognize — or to stop funding its damaging agenda.

While we may not agree on each solution for addressing the climate crisis, I hope we do agree that solutions are needed. Now, let’s get to work to make sure that candidates up and down the ticket from both political parties stop denying there’s a problem and get to work solving it.

The world recognizes that the threat of climate change is real and is determined to do something about it. We hope that you’ll join us.