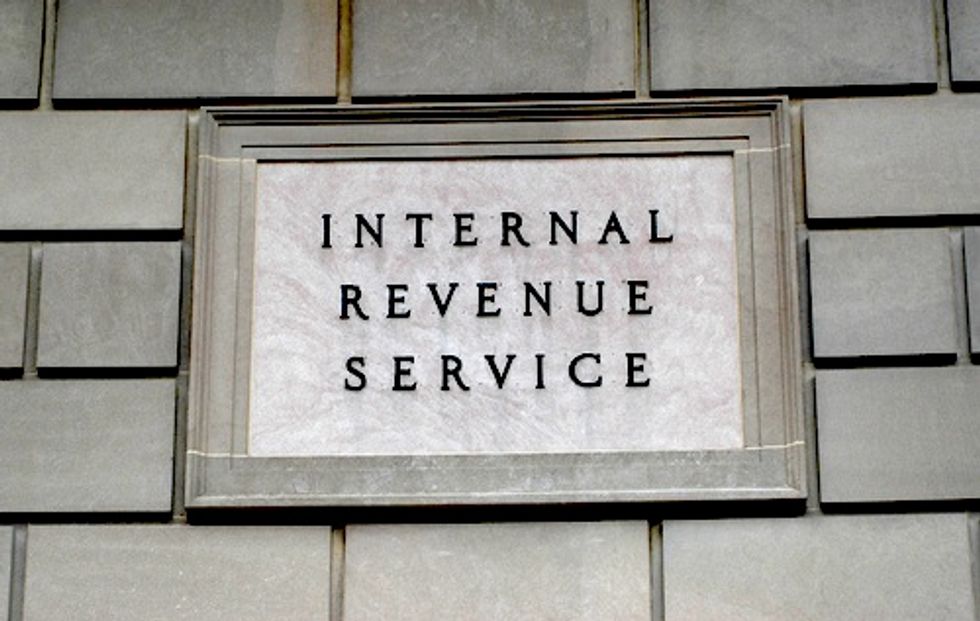 Greenpeace has been watching with great interest the unfolding controversy over whether the Internal Revenue Service (IRS) singled out Tea Party groups for special scrutiny. We're pleased to see Attorney General Holder takes this issue seriously enough to open an investigation and believe such an investigation need not be limited to these narrow circumstances. In the past dozen years, Greenpeace, Rainforest Action Network (RAN) and the National Association for the Advancement of Colored People (NAACP) were subject to politically-motivated tax investigations by the IRS and Congress. Greenpeace is offering to testify about being the target of politically motivated audits in 2004, because regardless of which party holds power, these abuses are egregious and must stop.

Greenpeace opposes the use of federal power, in whatever form, to skew the forum of public debate. Greenpeace is devoted to the notion of government of, for and by the people. While we have serious philosophical differences with any number of groups, corporations and organizations on the political spectrum, the place to resolve those differences is in legislatures, courts, executive branch agencies and the public square. Let's all bring ideas and plans for what will lead to a better society and debate them freely and openly without fear of intimidation.

Greenpeace has both 501(c)3 and 501(c)4 entities and we take extreme care to make sure we stay within those boundaries. Greenpeace neither supports nor opposes any candidate, but seeks to improve the environmental policies of all politicians, regardless of affiliation. It's important that all participants in public discussions play by the same set of rules; where the IRS has evidence rules are broken, it should use its authority appropriately. IRS investigations, like any investigations, however, should begin with evidence, not conclusions.

There's compelling (if inconclusive) evidence that the IRS was sent after our organization by our political enemies. In 2003, a group called Public Interest Watch publicly called on the IRS to investigate the finances of Greenpeace USA, implying improprieties. In 2005, we were audited. The day the IRS auditor arrived in our offices, he pointed at a photo of an activist chained to an Exxon gas pump and said, "You guys are engaged in illegal activity and this stuff has got to stop." Chilling words indeed, and ones we took seriously.

We passed that audit with good grades. A recent follow-up IRS audit was recently completed and again, Greenpeace received excellent marks from the IRS. Does this prove Public Interest Watch—at the time, a group obscure to us—goaded the IRS into auditing Greenpeace's books? We might not have thought more about it, but in 2006, the Wall Street Journal reported Public Interest Watch wasn't as obscure a group as we'd thought. Instead, Public Interest Watch received $120,000 of its $124,000 budget from ExxonMobil, the multinational entity Greenpeace has clashed with for years over its drilling, spilling and denial of climate change.

For the record, the IRS has never commented—and until now has had a policy of not commenting—on reasons it selects groups for auditing. If a small group of people angry at Greenpeace calls for an IRS audit, it's one thing; if the richest corporation on Earth, with massive lobbying and influence with all branches of the federal government are behind that small group, it's another.

In 2004, then chair of the House Ways and Means Committee Rep. Thomas (R-CA) subpoenaed 10 years of records from RAN. In a letter to then-RAN Director Michael Brune, Rep. Thomas wrote:

The subcommittee has received reports of tax-preferred organizations that may be operating beyond the scope of their charitable status.

As was the case with Greenpeace, hard scrutiny by the government revealed RAN was acting with propriety.

The same year, the IRS threatened the NAACP with tax penalties, based on statements made at its national convention. In that case, as in the current case, subordinate staffers in a branch office were blamed.

In September 2010, the Department of Justice's Inspector General released a report which found the Federal Bureau of Investigation had improperly extended investigations against a number of public interest and civil rights groups, including Greenpeace. These improper investigations were ongoing at the same time ExxonMobil—via its front group—was calling on the IRS to investigate Greenpeace's tax status.

Given that exhaustive history, we feel well-qualified to weigh in opposing politically motivated investigations of any group.

We applaud the Justice Department's investigation into what the IRS did—or failed to do—in this case, but we urge you to take a closer look at the historical pattern of behavior as well. This investigation provides an opportunity to look at what the government—in all its capacity—has done to suppress voices, not just of the Tea Party, but of any group on any side of an issue. Let's work together to get our government on the track where it belongs—and then let's return to our great debate.