Amy Goodman: The Climate Marches On 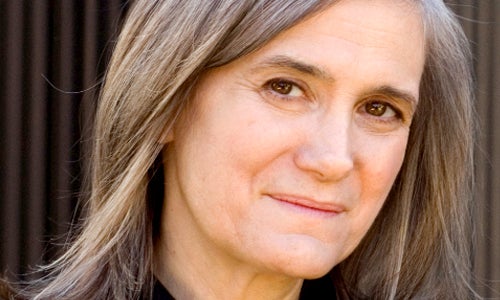 “Unjust laws exist.” So wrote Henry David Thoreau in his 1849 essay, “On the Duty of Civil Disobedience.” The naturalist and pacifist asked, “Shall we be content to obey them, or shall we endeavor to amend them, and obey them until we have succeeded, or shall we transgress them at once?” His answer was simple: “I say, break the law.”

One hundred and sixty-four years later, on May 15, 2013, Ken Ward Jr. and Jay O’Hara did just that. They navigated a small lobster boat, named “The Henry David T.,” to a point off the Massachusetts coast near the enormous Brayton Point Power Station, a coal-fired power plant built in 1963 that is the largest source of carbon emissions in the region. They dropped anchor and blocked access to the pier, preventing a cargo ship from unloading 40,000 tons of coal. They suspended banners from their boat reading “#CoalIsStupid” and “350,” a reference to the international climate action group 350.org. Three hundred fifty parts per million (ppm) is the concentration of carbon dioxide in the atmosphere that scientists feel is the maximum level that will allow the planet to avoid catastrophic human-induced climate change. Ward and O’Hara succeeded in blocking the coal shipment. From the boat, they reported themselves to the local police and were later arrested by the U.S. Coast Guard.

O’Hara, a Quaker and a sailmaker on Cape Cod, explained, “We were charged with … disturbing the peace, conspiracy to disturb the peace, negligent operation of a motor vessel and a failure to act to avoid a collision of a boat.” They faced years in prison. They decided to mount a “necessity defense,” admitting that they broke the law, but claiming that they did so only to prevent a much greater harm, i.e., the burning of coal that increases global warming. Last Monday, Sept. 8, they finally went to court. Bristol County District Attorney Sam Sutter offered them a deal. He dropped all criminal charges against them in exchange for a guilty plea to a civil offense and a fine. D.A. Sutter then went a step further—a few steps, actually, to the plaza in front of the courthouse, where he shocked the two defendants and close to 100 of their supporters with a short speech:

“The decision [we] reached today … certainly took into consideration the cost to the taxpayers in Somerset, but was made with our concern for their children, the children of Bristol County and beyond, in mind. Climate change is one of the gravest crises our planet has ever faced. In my humble opinion, the political leadership on this issue has been gravely lacking … we were able to reach an agreement that symbolizes our commitment at the Bristol County District Attorney’s Office to take a leadership role on this issue.”

Sutter’s incredible demonstration of political leadership is timely, indeed. This week, the World Meteorological Organization released its latest Greenhouse Gas Bulletin, packed with dire statistics about the accelerating threat of climate change. “The amount of greenhouse gases in the atmosphere reached a new record high in 2013,” the WMO reported, with current concentration of carbon dioxide at 396 ppm. The WMO also warned, ominously, “The current rate of ocean acidification appears unprecedented at least over the last 300 million years.” Defendant Ken Ward, a former deputy director of Greenpeace USA, noting the urgency he feels for the climate, told me, “We should … be taking emergency actions everywhere we can. And the very first emergency action is to stop burning coal.”

Henry David Thoreau is best known for his book “Walden,” in which he describes the year he spent living in a cabin he built on Walden Pond, near Concord, Mass. Thoreau opposed the 1847 U.S. invasion of Mexico. He was a staunch opponent of slavery. To protest these violent policies, he decided he would not pay taxes. When he was jailed for his protest, he was visited by his friend, the poet Ralph Waldo Emerson. It is said that when Emerson asked, “Henry, what are you doing in there,” Thoreau replied, “Waldo, what are you doing out there?” Thoreau’s essay on civil disobedience was one of the first modern articulations of the resistance tactic of nonviolent noncooperation. His words and actions have inspired millions, among them Gandhi and Martin Luther King Jr.

The People’s Climate March will happen in New York City on Sunday, Sept. 21. Organizers expect it to be the largest march for the climate in history. The march’s slogan: “To Change Everything, We Need Everyone.” Sam Sutter says he’ll be there, as will the two activists he prosecuted. I asked the district attorney and the defendants if they would be marching together. They all smiled. Prosecutor Sutter said, “It’s certainly possible.” Jay O’Hara concurred, “Sounds like a plan.”

Amy Goodman is the host of “Democracy Now!,” a daily international TV/radio news hour airing on more than 1,200 stations in North America. She is the co-author of “The Silenced Majority,” a New York Times best-seller.