Amy Goodman: ‘I Will Go Back to North Dakota to Fight This Charge’ 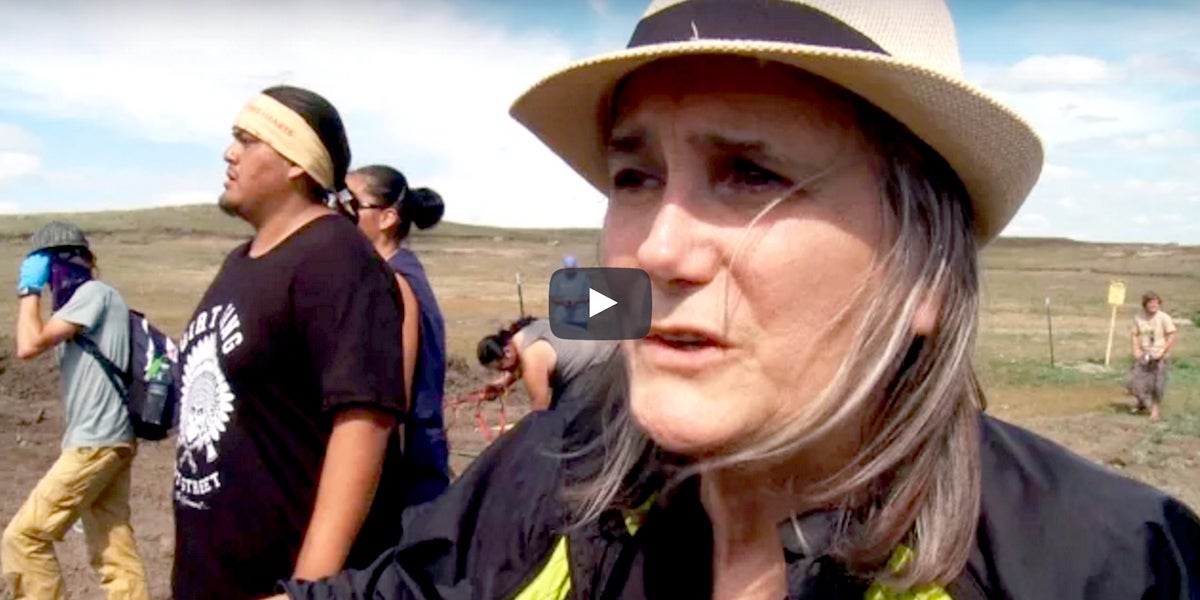 Award-winning journalist Amy Goodman, charged with criminal trespassing for filming an attack on Native American-led pipeline protesters, will turn herself in to North Dakota authorities on Oct. 17.

“I will go back to North Dakota to fight this charge. It is a clear violation of the First Amendment,” said Goodman. “I was doing my job as a journalist, covering a violent attack on Native American protesters.”

The charge in State of North Dakota v. Amy Goodman stems from Democracy Now!‘s coverage of the protests against the Dakota Access pipeline. On Sept. 3, Democracy Now! filmed security guards working for the pipeline company attacking protesters. The report showed guards unleashing dogs and using pepper spray and featured people with bite injuries and a dog with blood on its mouth and nose.

Democracy Now!’s report went viral online, was viewed more than 14 million times on Facebook and was rebroadcast on many outlets, including CBS, NBC, NPR, CNN, MSNBC and the Huffington Post.

On Sept. 8, a criminal complaint and warrant was issued for Goodman’s arrest.

Ironically, in the state’s criminal complaint, North Dakota Bureau of Criminal Investigation Special Agent Lindsey Wohl, referencing the Democracy Now! video report in a sworn affidavit, stated, “Amy Goodman can be seen on the video identifying herself and interviewing protesters about their involvement in the protest.” This is precisely the point: Goodman was doing the constitutionally protected work of a reporter.

The pipeline project has faced months of resistance from the Standing Rock Sioux tribe and members of more than 200 other tribes from across the U.S., Canada and Latin America.

The Committee to Protect Journalists has said that the warrant is “a transparent attempt to intimidate reporters from covering protests of significant public interest.”

Steve Andrist, executive director of the North Dakota Newspaper Association, told The Bismarck Tribune, “It’s regrettable that authorities chose to charge a reporter who was just doing her job.”