America's Most Endangered Rivers of 2014 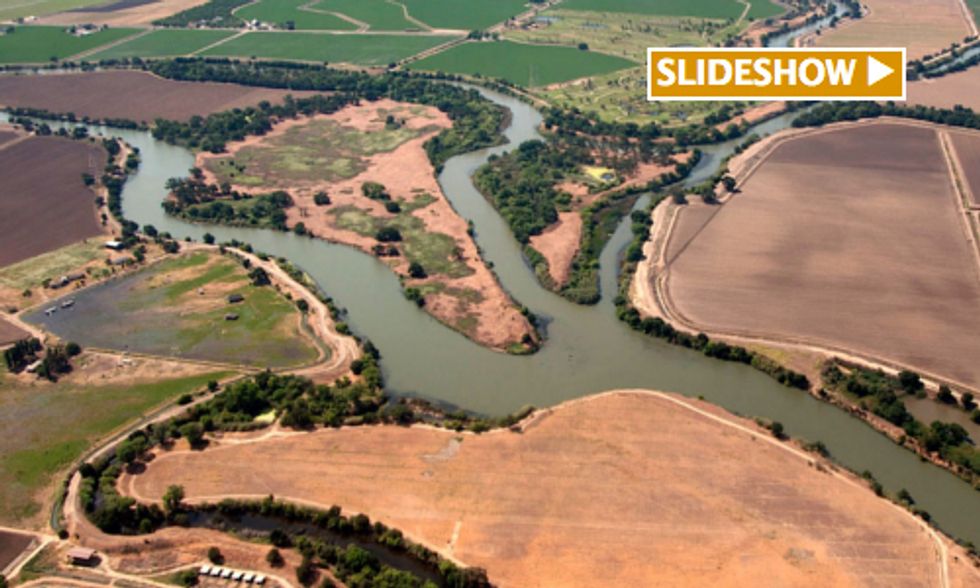 Today, American Rivers released their annual report, America’s Most Endangered Rivers of 2014, detailing the 10 most endangered rivers in the U.S:

The most endangered river in the nation this year is: San Joaquin River, California.

Outdated water management and excessive diversions, compounded by the current drought, have put the San Joaquin River at a breaking point. American Rivers is calling on the California State Water Resources Control Board to increase flows in the river to protect water quality, fish and recreation, and support sustainable agriculture. American Rivers is also urging Congress to preserve agreements and laws designed to protect the San Joaquin River and the jobs and communities it supports.

Four million people live in the San Joaquin watershed. The river and its tributaries support some of the most productive and profitable agriculture in the world, irrigating more than two million acres of arid land. However, the river is so heavily exploited that it runs dry in certain stretches. The current drought is placing additional stress on the river and revealing the inadequacies of status quo water management for both people and the environment.

On the San Joaquin and across the nation, communities can increase their ability to deal with drought now and in the future by protecting and restoring rivers and using water more efficiently. This same reality led the Colorado River to top the list of America’s Most Endangered Rivers of 2013. This year, three rivers in the Colorado River Basin appear on the list—highlighting some specific issues on-the-ground within the Basin. Those listings include: Upper Colorado River (#1), Gila River (#4) and White River Colorado (#7).

The annual report from American Rivers is a list of rivers at a crossroads, where key decisions in the coming months will determine the rivers’ fates. Over the years, the report has helped spur many successes including the removal of outdated dams, the protection of rivers with Wild and Scenic designations, and the prevention of harmful development and pollution.