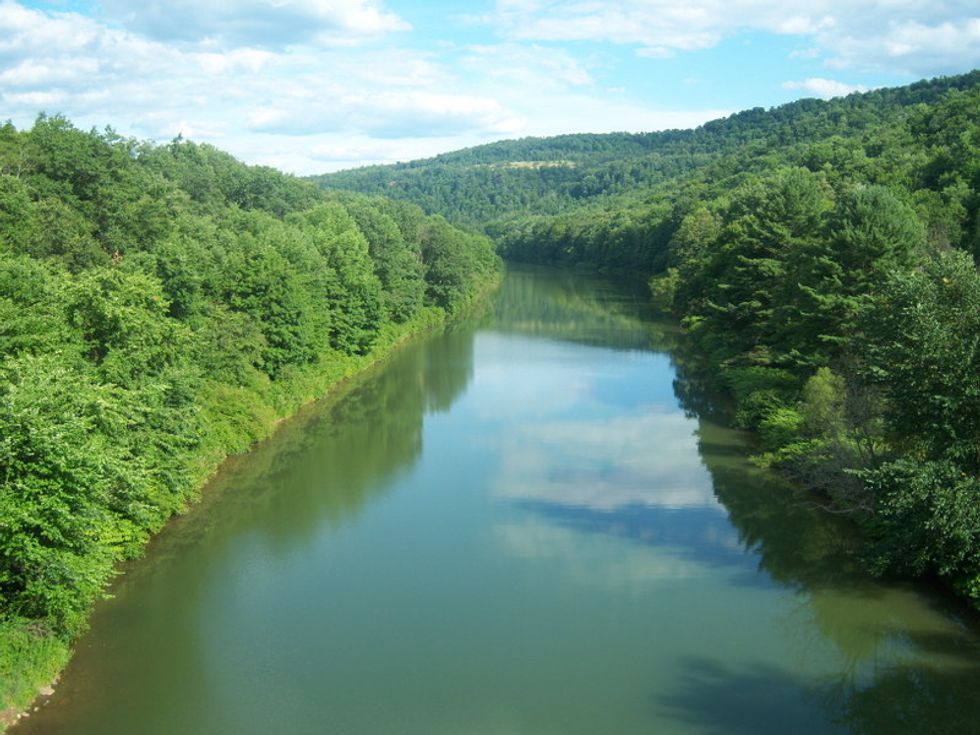 For 26 years, American Rivers has sounded the alarm on hundreds of rivers through our America’s Most Endangered Rivers report. By shining the spotlight and mobilizing the public to take action, we save rivers from urgent threats like pollution, mining and dams. The report emphasizes solutions to secure a better future for the rivers, their fish and wildlife, and communities.

The 10 rivers named as America’s Most Endangered Rivers of 2011 highlight an issue of urgent concern to all Americans—clean water. It's vital to the health of our families and communities. Sixty-five percent of our drinking water comes from rivers and streams, but many of our rivers are too polluted to use.

Each year, American Rivers selects 10 rivers from a broad array of nominations from groups and individuals across the country. Selection of the final list is based on the following criteria:

• A major decision in the coming year that the public can help influence through the proposed action
• The significance of the river to people and wildlife
• The magnitude of the threat to the river and its communities, especially in light of a changing climate

One of the longest rivers in America, the Susquehanna River provides drinking water to millions of people and supplies more than half of the fresh water to the Chesapeake Bay. But the river and its clean water are threatened by natural gas development, which produces toxic waste and requires millions of gallons of water. Unless Pennsylvania, New York and the Susquehanna River Basin Commission announce a complete moratorium on water withdrawals and hydraulic fracturing and comprehensive safeguards for clean water are enforced, drinking water and public health will be at risk. Partners include Susquehanna River Sentinel and Sierra Club.

The wild and pristine rivers that flow into Bristol Bay support native tribes, the world’s largest sockeye salmon run, and a thriving fishing industry. Unfortunately, this one-of-a-kind resource is threatened by the Pebble Mine—a mineral mine of such staggering scale that it could cause permanent damage to clean water, salmon and an entire way of life. The U.S. Environmental Protection Agency must prohibit development of the Pebble Mine, or one of the world’s last wild treasures will be lost. Partners include the Alaska Conservation Foundation and Native American tribal organizations, the Nunamta Aulukestai and Ekwok Tribal Council.

The Roanoke River, flowing from Virginia’s Blue Ridge Mountains to North Carolina’s Outer Banks, provides water to more than one million people for drinking, farming, fishing and boating. However, several companies want to mine a major uranium deposit on one of its tributaries. Uranium mining, processing and waste disposal would leave a toxic, radioactive legacy in the watershed for centuries. Unless the Virginia legislature upholds a ban on uranium mining, the health of the Roanoke and rivers throughout the region will be at risk. Partners include the Roanoke River Basin Association, the Southern Environmental Law Center and Piedmont Environmental Council.

Supporting more than six million residents, the Chicago River flows through the heart of our nation’s third largest city. Used for fishing, boating, transportation and shipping, and featuring new riverfront businesses and attractions, the river is a significant community and economic asset. However, it is one of the only rivers in the country where undisinfected sewage is dumped directly into the river every day. Unless the Illinois Pollution Control Board requires disinfection of this wastewater, Chicago residents and visitors will face increasing health threats. Partners include Friends of the Chicago River, Environmental Law and Policy Center, and the Natural Resources Defense Council.

The Yuba River is one of California’s last refuges for spring-run Chinook salmon and provides drinking and agricultural water and recreation opportunities to surrounding communities. However, two federal dams have damaged river health and blocked access to more than 120 miles of historic salmon and steelhead habitat for 70 years. Unless the Army Corps of Engineers mandates that fish passage be provided at these dams, the Northern Sierra’s salmon and steelhead will edge closer to extinction. American Rivers’ partner on this project is the South Yuba River Citizens League.

Southwest Washington’s Green River provides drinking water to downstream communities and flows through Mount St. Helens National Volcanic Monument. However, the river’s clean water and wildlife are threatened by a large proposed mine. Unless the U.S. Forest Service acquires the mineral rights to block the drilling and proposed mine, and Congress forever safeguards the river with a Wild and Scenic designation, this river and its communities will be at risk from toxic pollution. American Rivers’ partner on this project is the Gifford Pinchot Task Force.

Not far from Jackson Hole, the Hoback River is treasured for its clean water, spectacular scenery, and thriving native cutthroat trout fishery. But natural gas drilling in the river’s headwaters threatens the Hoback and local residents with toxic pollution. Unless the Forest Service prepares a new environmental analysis and develops a true conservation alternative that fully protects the river, the Hoback will lose its unique wild character and local citizens could face serious health risks. Partners include The Wilderness Society, Wyoming Outdoor Council and Western Resource Advocates.

Alabama’s Black Warrior River is a major drinking water source for Birmingham and Tuscaloosa and supports unique fish and wildlife as well as outstanding recreation opportunities. However, coal mining is threatening drinking water and public health with muddy water and heavy metals. If the Army Corps of Engineers, the Alabama Department of Environmental Management and the Alabama Surface Mining Commission do not close a dangerous mining loophole and tighten clean water protections, coal mining will continue to scar the Black Warrior and its communities. Partners include Black Warrior Riverkeeper, Alabama Rivers Alliance, Southern Environmental Law Center and World Wildlife Fund.

The St. Croix, protected as a Wild and Scenic river, provides a wealth of beautiful scenery, recreation opportunities for paddlers and anglers, and a haven for wildlife. However, a proposal to build a costly highway bridge would set a precedent for weakening Wild and Scenic protections for rivers nationwide. Congress must oppose legislation that revokes Wild and Scenic protections and creates a loophole for the expensive bridge, and the governor of Minnesota must evaluate common-sense alternatives. American Rivers’ partner on this project is the St. Croix River Association.

The Ozark National Scenic Riverways feature clear water flowing from abundant springs and provide some of the Midwest’s best river recreation to more than one million visitors each year. However, poor management has led to motor vehicles and horses approaching and entering the river wherever they can, destroying vegetation and causing severe erosion and pollution. Unless the U.S. National Park Service gives the riverways the protections afforded to the country’s other national parks, the area’s clean water and rare remote experience will be lost. Partners include Friends of Ozark Riverways, Missouri Coalition for the Environment, and the Missouri Parks Association.