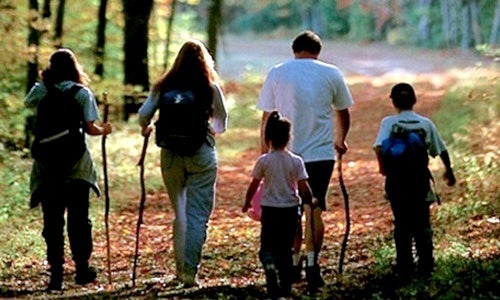 Black Friday is traditionally one of the biggest shopping days of the year, but this year there seems to be some backlash.

REI made waves last month when it announced that it would be closing all of its 143 retail locations, headquarters and two distribution centers on both Thanksgiving and Black Friday. All 12,000 full- and part-time employees will receive paid time off as the company encourages them to #OptOutside instead.

Your #BlackFriday options just got even better. @Mashable shows how states are making it easier to #OptOutside: https://t.co/MFaJbQtSxd

According to REI CEO Jerry Stritzke, the company made the decision to close on Black Friday because it wanted to be “authentic” to its brand. Many companies and organizations have publicly supported REI’s anti-Black Friday movement:

I'd rather be outside than at the mall on #BlackFriday #OptOutside https://t.co/R6ahhjCohr

And now the states of California and Minnesota are making it even more affordable to do so. Save the Redwoods League was inspired by REI to sponsor free admission to 49 participating California redwood state parks on Black Friday, billing it as “the best bargain you’re going to find this Black Friday,” according to NBC Bay Area.

Minnesota’s Lt. Governor Tina Smith told The Minnesota Post that the state’s 76 state parks and recreation areas will be waived on Black Friday.

“Visiting these parks is a great way to spend time with family and loved ones, relieve stress and enjoy exercise in the great outdoors,” Smith said.

But is this what the majority of Americans truly want?