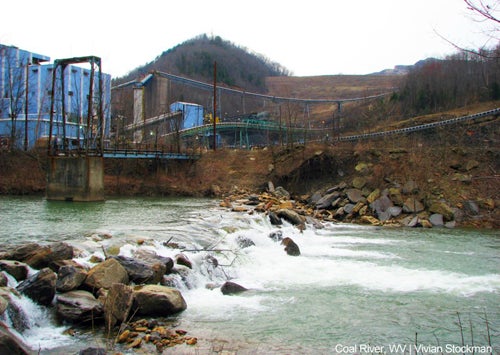 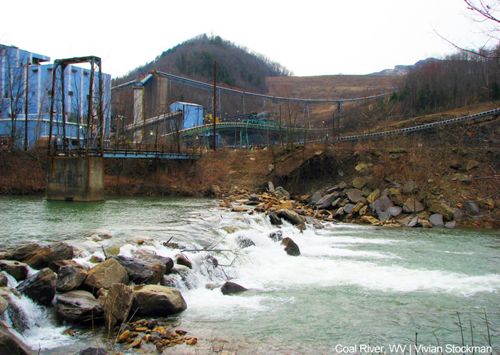 With Congress considering drastic cuts to national clean water protections, and rivers nationwide facing threats from natural gas drilling, pollution and new dams, American Rivers today released its annual list of America’s Most Endangered Rivers. American Rivers named the Potomac River, known as ‘the nation’s river’ as it flows through the capital, the most endangered in the country. While the Potomac is cleaner than it used to be, the river is still threatened by urban and agricultural pollution—and it could get much worse if Congress rolls back critical clean water safeguards.

As our country commemorates the 40th anniversary of the Clean Water Act this year, the Potomac is emblematic of what’s at stake for rivers nationwide. American Rivers launched a national call to action, giving citizens the opportunity to contact members of Congress and speak up for clean water.

“This year’s Most Endangered Rivers list underscores how important clean water is to our drinking water, health and economy,” said Bob Irvin, president of American Rivers. “If Congress slashes clean water protections, more Americans will get sick and communities and businesses will suffer. We simply cannot afford to go back to a time when the Potomac and rivers nationwide were too polluted and dangerous to use.”

Before the Clean Water Act was enacted in 1972, the Potomac was a cesspool of sewage and industrial pollution. Thanks to the Clean Water Act, the Potomac and rivers across the country are cleaner and safer for drinking, boating and fishing. But the Potomac is still suffering—a University of Maryland report card has given the river a “D” grade for water quality for the past two years.

“The Clean Water Act is the reason the Potomac River is no longer called a “national disgrace.” Most of the palpable problems are gone; however, there are many emerging threats that can’t be seen. Residents of the Washington, D.C. metro area—including the president and Congress—need to realize they are composed mostly of Potomac river water and they need to protect and enforce the laws that safeguard their health,” said Ed Merrifield, president of Potomac Riverkeeper. “We need strong federal leadership as we redouble our efforts at the local level to achieve the goal of a healthy, clean Potomac,” said Hedrick Belin, president of the Potomac Conservancy. “We look forward to partnering with American Rivers, Potomac Riverkeeper and others to continue to make progress cleaning up the Nation’s River. This regional treasure contributes so much to our community’s quality of life, and our neighborhoods deserve healthy, clean streams and creeks.”

“When members of Congress fill a glass of water or drink their morning coffee, that water comes from the Potomac River. It’s time to draw the clear connections between healthy rivers, drinking water and public health in Washington, D.C., and in communities nationwide,” said Irvin.

American Rivers called on Congress to kill any legislation that weakens the Clean Water Act or prevents the U.S. Environmental Protection Agency (EPA) and the U.S. Army Corps of Engineers from restoring protections for small streams and wetlands under the Act. American Rivers also called on the Obama administration to finalize guidance clarifying the scope of the Clean Water Act and issue a rule-making to ensure that all waters get the protections Americans expect and deserve.

Now in its 27th year, the annual America’s Most Endangered Rivers report is a list of rivers at a crossroads, where key decisions in the coming months will determine the rivers’ fates. Over the years, the report has helped spur many successes including the removal of outdated dams, the protection of rivers with Wild and Scenic designations, and the prevention of harmful development and pollution.

America’s Most Endangered Rivers of 2012:

The Potomac is the ‘nation’s river,’ rich in culture and history and the lifeblood of our nation’s capital. The river provides drinking water to more than five million people and offers abundant opportunities for recreation. However, the Potomac is threatened by agricultural and urban pollution that will only get worse if Congress rolls back national clean water protections. If Congress puts polluters before people, our nation’s river—and many other rivers nationwide—will become a threat to public health, unsafe for drinking water, wildlife or recreation.

The Green River is the largest tributary of the Colorado River, and carves some of the most iconic river canyons in the U.S. Thousands of anglers fish its glorious water and thousands of rafters marvel at the river’s majestic canyons each year, generating a robust rural economy across three states. However, a proposal to pump a massive volume of water out of the Green into a 500-mile pipeline across Wyoming to Colorado’s Front Range threatens world-class recreation, rural economies, critical fish habitats and the water supply for the lower Colorado River Basin. The governors of Utah and Colorado must join Wyoming’s Governor Mead in opposing the pipeline and standing up for more efficient, cost-effective water supply solutions.

The Chattahoochee River provides drinking water for millions in metro Atlanta, is one of America’s best trout streams, and was recently designated as our country’s first National Water Trail. However, a water war between Georgia, Alabama and Florida has spurred proposals for costly new dams and reservoirs that would harm water quality, destroy recreation opportunities, and ruin wildlife habitat. The Army Corps of Engineers must deny permits for these reservoirs and state decision makers must embrace more cost effective solutions like water efficiency in order to ensure a reliable water supply and healthy river for generations to come.

The Missouri is the nation’s longest river, supplying drinking water, commerce and recreation, and impacting the safety and well-being of millions. However, the river and its communities suffer from outdated flood management, as evidenced by the massive flooding in 2011. In order to improve public safety, decision makers must prioritize using floodplains and wetlands to absorb and store flood waters, and Congress must fully fund the Missouri River Recovery Program and long term planning studies for the river.

The Hoback River is treasured for its sparkling clear water, thriving native trout fishery and excellent paddling opportunities. Unfortunately, proposed natural gas development threatens the river and local residents with toxic pollution. To ensure the Hoback’s clean water, air quality, scenery and world-class fish and wildlife are not compromised, the leaseholder must agree to sell or donate its oil and gas leases to a conservation buyer.

A State Wild and Scenic River, the Grand is a haven for rare birds and other wildlife and boasts the best water quality of any stream flowing into Lake Erie. However, natural gas development threatens the river’s clean water and public health. The State of Ohio must strengthen safeguards to ensure natural gas development and the disposal of wastewater does not harm the river, its clean water and local communities.

The Skykomish is one of Washington’s most popular rivers for fishing, paddling and scenic beauty. However, a proposed hydropower dam would destroy the wild character of the river’s South Fork, and reduce two spectacular waterfalls to a trickle. Decision-makers should abandon this damaging project and focus on better energy alternatives to ensure those needs are balanced with the need for healthy rivers and a strong outdoor recreation economy.

The Crystal River provides essential habitat for fish and wildlife, beautiful vistas and recreation for visitors, and is one of the few remaining free-flowing streams in Colorado. However, new hydropower dams, reservoirs and water diversions threaten to destroy the river’s unique values. Local water districts should reject the dam proposals and support federal Wild and Scenic River designation for the Crystal River, while embracing more efficient and cost-effective water supply solutions.

The Coal River supplies drinking water for local communities, supports fish and wildlife and boasts a water trail for fishing, boating, and other recreation. However, the river is threatened by mountaintop removal coal mining, which has already buried, poisoned, and destroyed miles of streams in the basin. Congress must restore Clean Water Act protections to the Coal’s headwater streams in order to prevent more destructive mining and permanently safeguard clean water and public health.

The Kansas River provides drinking water for 600,000 people and is the state’s most popular river for canoeing, kayaking and other recreation. However, the river is threatened by sand and gravel dredging, which would cause severe harm to clean water, wildlife and recreation opportunities. The Army Corps of Engineers must complete a comprehensive study of the impacts of dredging, deny all new permit requests and plan to end dredging on the Kansas River by 2017.